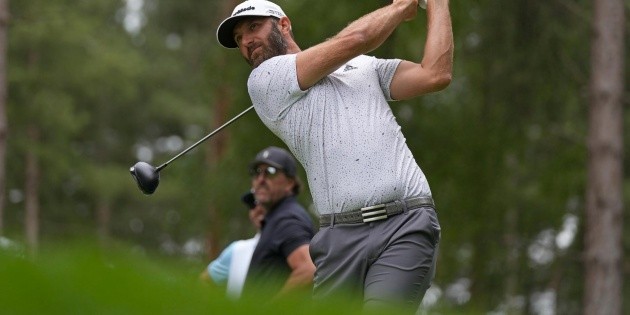 Members of the PGA tour like Dustin Johnson, Phil Mickelson and others, who competed today Thursday in a golf league financed by th

Members of the PGA tour like Dustin Johnson, Phil Mickelson and others, who competed today Thursday in a golf league financed by the sovereign wealth fund of Saudi Arabia they will not be able to participate in PGA tournaments, according to the sanctions that commissioner Jay Monahan released as soon as the tee shot was taken in England.

Whether those golfers will be able to return to the PGA Tour remains to be seen.

The veto includes participation in the Presidents Cup, something that affects the South Africans Louis Oosthuizen, Charl Schwartzel and Branden Grace.

The American Golf Federation had already said that all eligible players will be able to compete in the US Open. The PGA Tour does not organize the majors.

In a memo sent to PGA members, Monahan noted that even if a player forgoes the tour ahead of the first LIV Golf Invitational tournament outside London, You will not be allowed to compete in PGA tournaments without membership by taking shelter with the exception of a sponsor.

Nine players have resigned from the PGA Tour, a list in which Johnson and Sergio García stand out. Mickelson, owner of a lifetime membership with his 45 PGA titles, has not.

“These players made their decision for financial reasons,” Monahan wrote. “But they can’t demand the same PGA membership benefits, considerations, opportunities and platforms that you have. That is disrespectful to you, our fans and our partners.”

The point of contention is that players can compete in a rival tournament without receiving the endorsement of the PGA Tour. Players typically receive three such permits per year, but Monahan did not grant endorsements for LIV. Golf Invitational for being a series of eight tournaments that includes five contests in the United States.

The tour does not grant permits for tournaments in North America.

“We have complied with the regulations of the tournaments from start to finish in responding to those players who have decided to turn their backs on the PGA Tour by willfully breaking a rule,” Monahan wrote.

Tags: sports sanctions, tennis tournaments, Tennis
RBC Heritage: Varner III is the leader in the third round
Carlos Ortiz leaves the PGA and joins LIV Golf
Tiger Woods signed up for the US Golf Open
GOLF 997