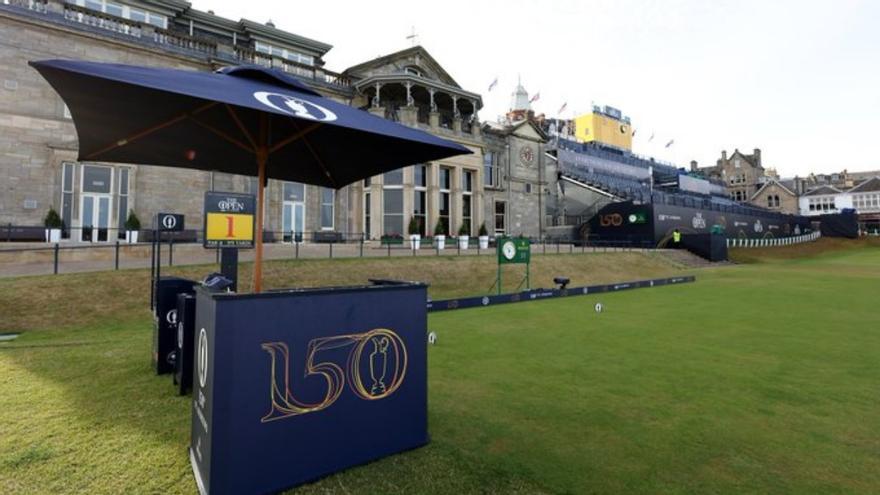 
The 150th edition will be held in one of its most legendary courses, Saint Andrews, in Scotland

It will be the last (big) major of the season, the only one to be held in Europe, the oldest of them all

In times of storm due to the LIV, golf returns to its origins, to one of its most legendary courses, Saint Andrews, in Scotland, to celebrate the 150th edition of the British Open, in which it defends its title Colin Morikawato which scottie scheffler arrives as leader of the world ranking and where Jon Rahm part as an applicant.

Fourteen million euros (same amount of dollars) in prizes, 2.5 for the winner, will be shared by this tournament, which is organized by the Royal and Ancient Golf Club and which did not invite the 150th anniversary events to Greg Normanthe visible face of the LIV circuit, the golf ‘super league’ that is financed with money from the United Arab Emirates.

With the threat of a disruption in world golf, the essence of this sport reappears in the Old Course of St Andrews, one of the oldest courses in the world, where the fourth and last major (big) of the season is held, the the only one disputed in Europe, the oldest of them all.

The British Open returns to the field where Tiger Woods he won two of his Claret Jugs, in 2000 and 2005. Hours before taking his first shots in the championship, the Californian golfer charged against LIV and the players who have chosen that proposal, whom he accused of “giving the back to what has allowed them to get” where they are.

Woods will be in action after his appearance at the PGA Championship and his absence at the US Open.

your countryman Colin Morikawawho has dropped from fourth to eighth in the world rankings, will defend the title he won as a rookie last year at Royal St George`s Golf Club in Kent.

He will start the defense with the Northern Irishman Rory McIlroy (won in 2014) and the American Xander Schauffelebrand new winner of the Scottish Open, as playing partners.

Willing not to repeat victory are other contenders for victory, such as the number one in the world, American scottie schefflerwinner of the Augusta Masters, or the Spanish Jon Rahm, third in the standings.

Only Seve Ballesteros gave Spain victories (three, specifically) at the British Open, one of them at the St. Andrews course, in 1984.

He came close to it several times. Sergio Garciaanother of the Spanish tricks on the Old Course, where there will also be adri arnaus and Pablo Larrazabalfour among 156 athletes.

The Barcelonan Larrazabal will be the first of the Spaniards in action (09:47) and they will accompany him Brian Harman and Danny Willett; adri arnaus (10:25) will do it with Ernie Els (won the Open in 2002 and 2012) and Brad Kennedy; Sergio Garciawith Aaron Jarvis and Stewart Cink (13:53); and Rahmwith jordan spieth (winner of the 2017 Open) and Harold Varner III (16:10).

Ahead, 72 holes in stroke play mode, with a cut that will be accessed, after two days of competition, by the 70 best players and tied.

It will be the twenty-ninth edition of the British Open at the Old Course, which has more than 6,600 meters (Par 72) and 112 bunkers, with the wind as one of the main factors to take into account.

Tags: Come back, British, source
Drought: Environmentalists fill holes in golf courses in France with cement | companies
A Granada golf tournament will calculate the carbon footprint of the event. Do you want to know when it is celebrated?
Puebla hosts a night golf tournament with 80 participants
GOLF 1289

Loading...
Newer Post
New Coldplay show in Argentina: ticket prices, how to buy them and dates
Older Post
How much do they cost, where and from when can tickets be purchased?