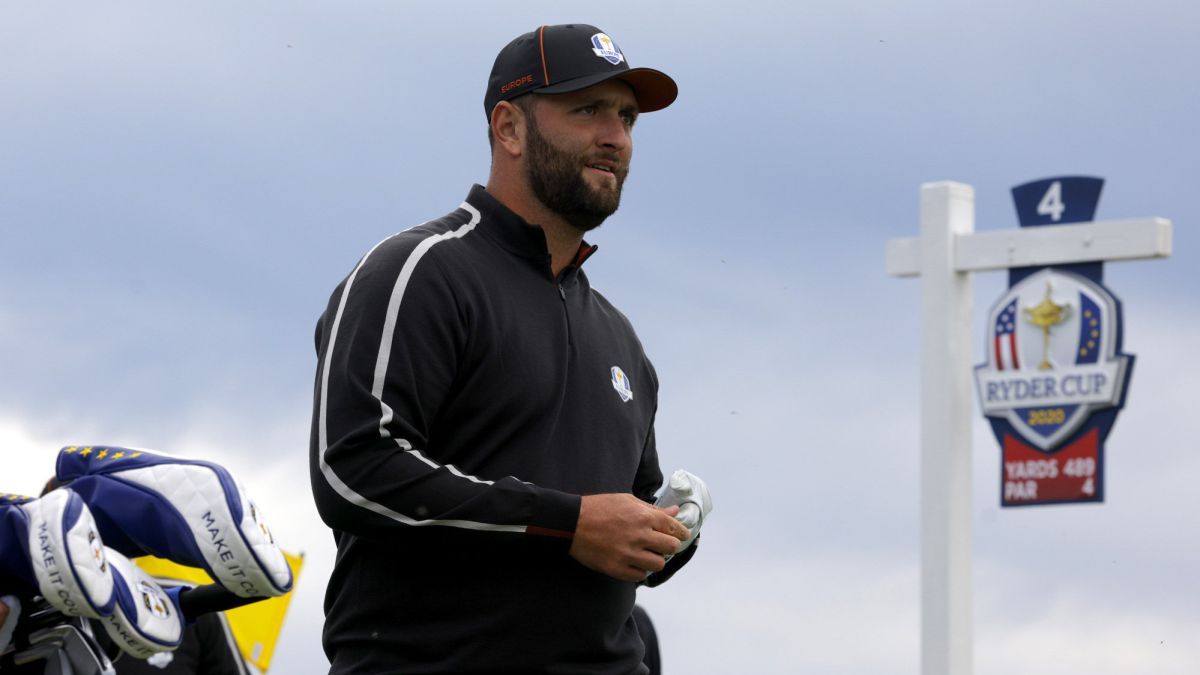 "Ballesteros approached me and said: 'Play your game, I'll take care of the rest.' Olazábal explained how his debut was in a Ryder Cup in 1987. Mu

“Ballesteros approached me and said: ‘Play your game, I’ll take care of the rest.’ Olazábal explained how his debut was in a Ryder Cup in 1987. Muirfield Village (Ohio) thundered from the stands and the young player’s nerves (21 years old) were tempered by the message of the great European boss. Seve and Chema became the most successful couple in Ryder’s history. Eleven wins, two draws and two losses for 12 total points from a mythical duo which was just as safe in ‘foursomes’ (alternating strokes) as in ‘fourballs’ (each player plays with his ball). Six wins out of eight games in the first style of play and 5 of 7 in the second. The 43rd edition, which takes place in Whistling Straits (Wisconsin), began with Jon Rahm and Sergio García contesting the first point. Another Spanish duo in command of Europe.

The lion of Barrika and the virtuoso of Borriol demonstrated, before thousands of aroused local fans on the edge of rudeness, that they are a couple called to make history and gave the first point to the ‘Old Continent’ after defeatr to a strong duo formed by Justin Thomas and Jordan Spieth, 6th and 13th in the world rankings. The number one in the world and the player with the most points in the history of the Ryder Cup worked perfectly. Fusion between power from the tee and mastery with the Basque putt and the cool mind and fabulous approach of the Castellón. Like a hammer, with six birdies, the Spaniards worked as one man to inaugurate the locker for Europe with a victory by 3 and 1 … although what was coming from behind was scary. And a lot. “We played a good game, playing alongside number one is easier,” said Sergio. Praises that Rahm returned: “My job has been to kick well, Sergio has done everything perfectly”.

Dustin Johnson and Collin Morikawa, two and three in the world, brought equality to the scoreboard against the talented Norwegian Hovland and English Casey who did not get the best of their game and succumbed to two monsters by 3 and 2. Another pair that gave a recital was the one formed by Cantley Schauffele. They defeated McIlroy and Poulter by 5 and 3 to turn the score in favor of the USA, and the last game also fell on the home side with the victory of Koepka and Berger against Westwood and Fitzpatrick by 2 and 1.

The bad start for Europe, losing 3-1, again invoked the spirit of Seve that led to the ‘Miracle of Medinah’. They had to pressure the ‘Dream Team’ of the USA in the ‘fourballs’. With Rahm and without Sergio. All to one, but the powerful North American team is determined to regain the crown and if it is possible to beat the ‘Old Continent’. Dustin Johnson, working like a clock, j and forming a couple with Schauffele clearly defeated Wiesberger and Casey by 2 and 1, the same as a fantastic Tony Finau accompanied by English to forcefully get rid of McIlroy and Lowry by 4 and 3. The United States was going 5 to 1 and the red lights were on for Europe.

Rahm was to be the lifeguard and fantastically seconded by Hatton, in a sensational duel against the bomber De Chambeau (his 5th hole with a 381-meter exit topped with an eagle) and Scheffler, they got half a fundamental point. The Hovland-Fleetwood against Thomas-Cantlay was tied at 18. Europe gulped. Fleetwood touched the heroics of hole-in from the bunker and the failures of the Norwegian youngest and JT, both for birdie, left another draw. 6-2 after the first day. Europe must row a lot and the reference is undoubtedly Jon Rahm. America is now even more favorite.

SO GOES THE RYDER CUP SCOREBOARD

Mexico has its representatives ready for the Golf Junior World Cup
Nick Edmund, the pilgrim who fights cancer with his bag of clubs in tow
Gallardo reports on Tangamanga II golf course rehabilitation project
GOLF 975