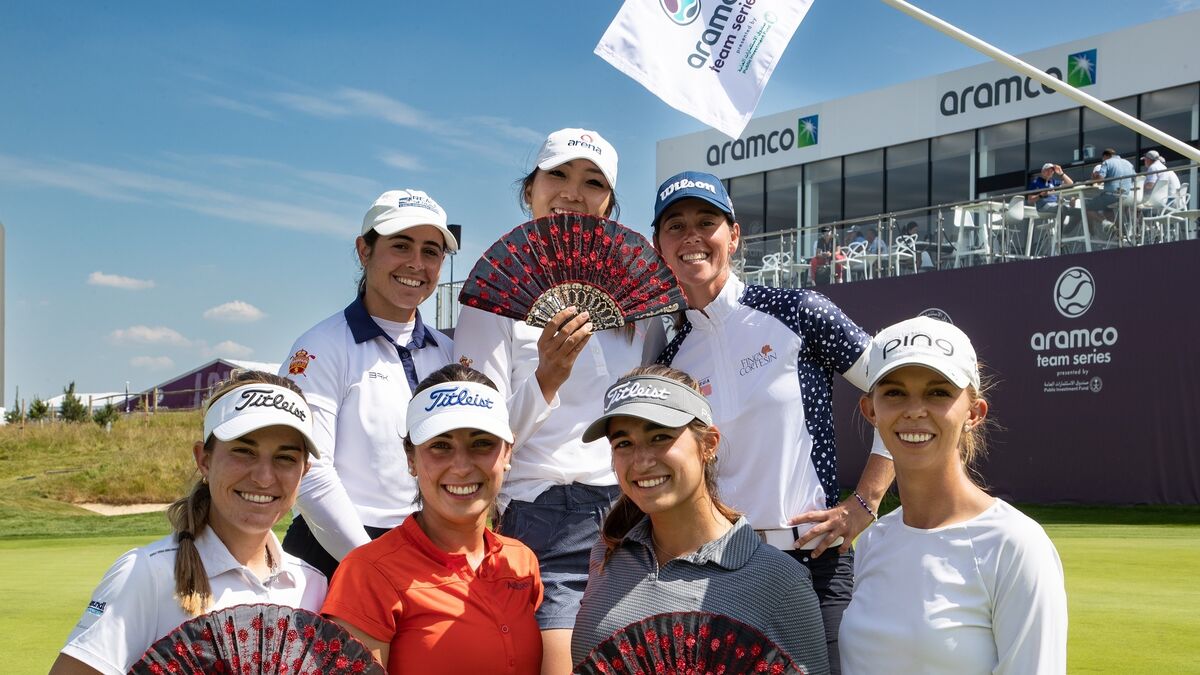 The female stars of world golf they already watch weapons to face, from this Thursday 18 to Saturday 20 of the present month of August in The Sotog

The female stars of world golf they already watch weapons to face, from this Thursday 18 to Saturday 20 of the present month of August in The Sotogrande Club Reserve (San Roque) the third of the five Aramco Team Series tournaments, with a prize pool of one million dollars.

Golfers, sports enthusiasts and those families who simply want to enjoy a great day, will be able to see some of the best female golf playersin the Ladies European Tour Aramco Team Series in Sotogrande, a unique format that combines individual and team events. The reasons for attending this competition are very diverse and one of them, without a doubt, is the possibility of acquiring tickets for only five euros.

The number 3 in the worldNelly Korda, and her sister Jessicacurrently ranked 14th, will headline this elite golf tournament to compete. Nelly is the current Olympic champion, after triumphing in Japan in 2020, having since captured the 2021 PGA Women’s Championship, her first major victory. For her part, her older sister, Jessica, has posted six wins on the LPGA Tour and placed second at this year’s Chevron Championship, the closest she’s ever come to a major.. Other international stars competing at La Reserva Club in Sotogrande include Anna Nordqvist and Sophia Popov, two of the last three winners of the AIG Women’s British Open.

Charlotte Ciganda will lead the group of Spanish golfers who hope to show their best version in front of the national gallery. Last month, five-time Solheim Cup star Ciganda finished in the top three at the Amundi Evian Championship. Another player who plays at home and is ready to impress is Ana Peláez from Malaga, who has been gaining strength since her first participation as a professional in the Ladies European Tour de Aramco Team Series in Sotogrande last year.

A unique and exciting format

In 2021, the Aramco Team Series became in the first professional circuit team event, a format that is held in parallel to the individual tournament. The team competition takes place over the first 36 holes. To do this, a captain selects a player in a draft prior to the event, in which another professional and an amateur are also assigned. The top two scores per hole will go into the race for the top prize of a total of $500,000.

Another $500,000 is up for grabs in the individual tournament, which is celebrated simultaneously and concludes on the third and last day. This innovative format has created an exciting tournament, as we saw at the last Aramco Team Series held at the Centurion Club near London, where Nicole Garcia’s quartet took victory in a playoff and Bronte Law holed a putt from 55 feet (16.7 meters) to make eagle in the 18th thus rising with the individual title.

A place to enjoy

Throughout its five annual tournaments, the Aramco Team Series visits impressive venues, including La Reserva Club de Sotogrande. Cataloged as “an Andalusian paradise”, it is surrounded by a picturesque landscape with views of the Mediterranean. Last year’s winner, Alison Lee, who will return for this year’s tournament, remember La Reserva as “beautiful”; his excellence has been highlighted by many others.

Golf Saudí and La Reserva Club de Sotogrande offer up to 100 women and girls the opportunity to try golf for the first timean initiative framed within Ladies First Club, the successful introduction program to the sport of Saudi Golf. Participants can sign up for a free year-long program starting the week of the tournament at La Reserva’s magnificent facilities. This experience could lead the rookies to play among the stars in next year’s Aramco Team Series Sotogrande pro-am.

On Wednesday, an endearing pro-am

In addition, as a prelude to the Aramco Teams Series in Sotograndethis Wednesday, August 17, will be held a game of golf with celebrities at La Reserva, an event that will raise funds for the Seve Ballesteros Foundation. Carlota Ciganda, the star of the European Tour Adri Arnaus, the renowned Andalusian chef Dani García and Carmen Ballesteros -daughter of the legendary Spanish champion- will be some of the participants in this exciting and fun golf game that will also raise funds for an excellent cause.