#Golf | The Valencians aspire to everything in the Spanish Championship for children, juniors and youngest golfers 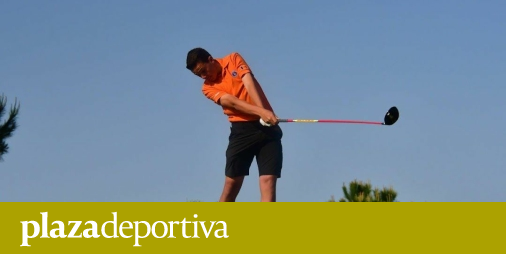 VALENCIA. 383 players compete in the Spanish Championship for Children, Alevín and Benjamín at the Real Golf La Manga Club, with a massive presenc

VALENCIA. 383 players compete in the Spanish Championship for Children, Alevín and Benjamín at the Real Golf La Manga Club, with a massive presence of players from the Golf Federation of the Valencian Community. The Murcian field, one of its historical venues, hosts the tournament for the tenth time. This National is, without a doubt, one of the most emblematic and long-awaited tournaments on the federation calendar and returns to one of its favorite venues. La Manga has witnessed in recent years the passage of boys and girls who today are a reference in our sport. From Tuesday 28 to Thursday 30 June, the funniest golf on the planet is played in Murcia.

This week 383 players have the opportunity to compete: 141 in Junior age, another 141 in Alevín and 101 in Benjamin. This significant figure, and without neglecting the fact that the demand has been much higher, highlights the high interest aroused by these Championships among the Spanish golf academy. The kids will have the opportunity to emulate José María Olazábal, Carlota Ciganda, Sergio García, Azahara Muñoz, Beatriz Recari, Marta Figueras-Dotti, Jorge Campillo,…

In Infantil, 90 boys and 51 girls participate in the superior category of the tournament. In the women’s sector we find one of the defenders of the title this week in Murcia, the Catalan Nagore Martínez. But the FGCV comes strong to this tournament and among the applicants are Martina Navarro (Alenda Club Golf) -who won the Benjamín title in La Manga in 2018-, Patricia Bañón (Escorpión Golf Club), Africa Oliva (Alenda Club Golf) , Clara Uso (Costa de Azahar Golf Club) or Cristina Carrasco (Panoramica Golf, Sports&Resort).

In the men’s category, the Valencian Raúl Gómez (Benidorm Club de Golf) arrives with the rank of rival to beat due to his latest experiences with older players and his status as former champion of Spain: he also won in 2018 in the Benjamín test . Other Valencians such as Miguel Fuertes (Escorpión Golf Club), Jorge Boldo (Mediterráneo Golf), Marc Quintana (Manises Royal Golf Club) or Juan Miró (Costa de Azahar Golf Club), to give a few examples, are called to do a good tournament.

In the male alevín we will be able to enjoy the golf of the winner of the tournament in 2021, the Dutchman Youp Orsel, who is also reinforced by his fantastic victory in the I National Scoring of Pitch & Putt 2022. Together with the Dutchman, Oliver de Wint, Alonso Gutiérrez or Martín Cervera, current champion Benjamin, are their main opposition. Among the FGCV players, Francisco Bañón and Rodrigo Llorca, both from the Escorpión Golf Club, are among the list of new values. Among the girls, a golfer from the area, Luna Isabella Valencia is the favorite. The Valencian Fátima Noguera (Alenda), is also among the leaders. In benjamines, the uncertainty is total given the youth of its participants. If a name must be mentioned, let’s stick to the valid handicap: Graciliano Ballesteros (Scorpion Golf Club), Sofía Gamilla, Sergio Vargas or Paula Valls arrive with force.