#Golf | Three Valencians, for the European with Spain 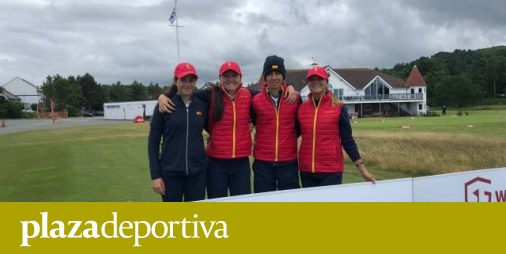 VALENCIA. Intense week of international golf. The time has come for the Spanish National Team and the European Championships. Spain plays the Wo

VALENCIA. Intense week of international golf. The time has come for the Spanish National Team and the European Championships. Spain plays the Women’s and Men’s European both at the Absolute level and in the Under 18 category. And in the different Spanish National Teams there will be Valencian representation. Specifically, there are three players from the Golf Federation of the Valencian Community (FGCV) who will defend the colors of Spain in this European Championship: Carla Tejedo, Natalia Fiel and Josele Ballester will try to maintain the Spanish Golf Pavilion from 5 to 9 July in Wales, Iceland and England at the highest.

In the Women’s Absolute European Championship, which celebrates its thirty-ninth edition, Spain is looking for its sixth victory in history. The competition is held on the Welsh course of Conwy Golf Club and there is the Valencian Carla Tejedo along with a Spanish Golf Team completed by Carolina López-Chacarra, Julia López, Blanca Fernández, Lucía López and Marina Escobar, a high-level sextet who in this season, in its entirety, has developed his sports career in the United States University League with recognized success.

Led by the also Valencian Mar Ruiz de la Torre, and with Álvaro Salto as coach, the Spanish team will have the competition of nineteen countries, many of them made up of players of recognized prestige who ensure the spectacle. Sweden and the British countries represent a priori the main obstacle for the Spanish in the fight for the title. The first objective is to overcome the seventh position reached in the last edition held in Northern Ireland. Spain already knows what it means to win this tournament five times. The last Spanish win came in 2013 at Fulford Golf Club (England), where they defeated Austria 5-2 in the grand final.

In the Women’s Under 18 category, Spain will try to repeat the 2021 gold with the Valencian Natalia Fiel in the National Team. The tournament is played on the Icelandic course of Oddur Golf Club. Together with the FGCV player, (Fiel has already won the Asturias Cup) the team is made up of Paula Martín, Cayetana Fernández, Andrea Revuelta, Anna Cañadó and Claudia Lara Miravitlles. Twelve months ago, on the Portuguese course of Montado Golf, the eighth Spanish victory in the European Under 18 Women’s Team Championship was conceived. This important competition reaches its twenty-sixth edition on this occasion, a fact that must be repaired if one takes into account that Spain has climbed to the podium, to collect the gold, silver or bronze, on eighteen occasions out of the twenty-five possible . The golfers selected for the occasion are led by Beatriz Cid and trained by Sergio de Céspedes. Spain, with eight European champion titles, is the most successful country in the history of this competition along with Sweden.

In the men’s category, the Spanish National Team goes to the majestic The Royal St. George’s Golf Club (England) to seek its fifth gold. And he does it with the Valencian Josele Ballester in a gala team completed by David Puig, Quim Vidal, Alejandro Aguilera, Luis Masaveu and Javier Barcos. The captaincy is for José Miguel Sagnier, with Pablo Fisas as delegate, and with Salva Luna in the technical tasks. The challenge for the Spanish National Team is to repeat the victories achieved in 1997, 2003, 2014 and 2017 -also following in the footsteps of players in the category of José María Olazábal -present in the 1983 and 1985 editions-, Sergio García (in 1995 and 1997), Rafael Cabrera-Bello (2001 and 2005) and Jon Rahm (2013, 2014 and 2015).

Josele Ballester arrives at the European Selections meeting after adding the victory of the international team of the Palmer Cup. The FGCV player will seek the fifth national victory, a victory that has eluded us since 2017 in Austria, where Spain defeated England in the grand final. The road to the medals will be opposed by the other eighteen teams: Austria, Belgium, Czech Republic, Denmark, England, Estonia, Finland, France, Germany, Iceland, Ireland, Italy, Netherlands, Scotland, Portugal, Sweden, Wales and Switzerland.