Golf: very good performance by Grillo from Chaco, who finished second on the PGA Tour 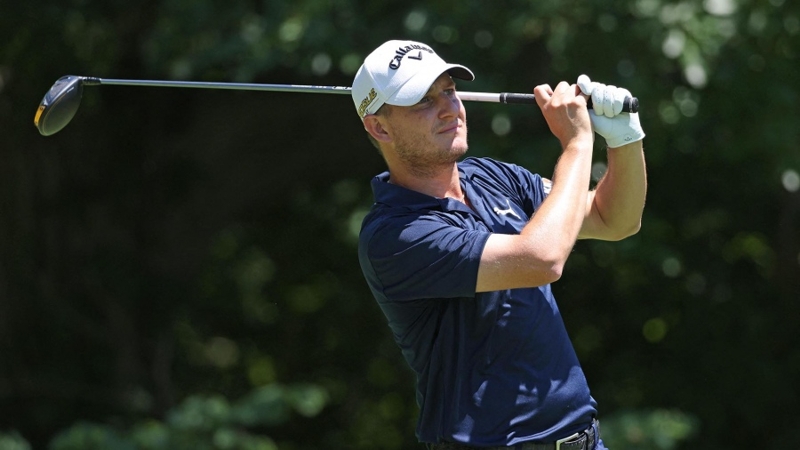 The Argentine Emiliano Grillo rounded off an excellent job over the weekend and finished this Sunday in second position in the John Deere Golf Classic, which took place in the state of Illinois and corresponded to a season on the PGA Tour circuit, In the USA.

The 29-year-old golfer from Chaco completed his best work of the season, after accumulating 266 strokes (-18), after the four rounds of competition.
In the last round at the TPC Deere Run in the town of Silvis, the player from Resistencia used 69 strokes, with four birdies and two bogeys.

Grillo, ranked 151st in the world ranking, shared second position with South African Christiaan Bezuidenhout, who scored a final round of 66 shots.
The man from Chaque has only one victory on the PGA Tour circuit: the Frys Open in California, in the 2015-2016 edition.

The title of the contest, which distributed prizes of 7.1 million dollars, was in the hands of the North American James Tyree Poston (99 in the world ranking), who recorded an accumulated 263 strokes (-21), after a final round with 69.
Also from Chaco, Fabián Gómez, 43 years old and 620 in the international ranking, he improved in the last lap, recovering 18 positions and finishing in 43rd. Place, with a mark of 276 impacts (-8).

The Argentine Augusto Núñez finished in third position at The Ascendant Golf Open, which took place in the state of Colorado, valid for the Korn Ferry Tour circuit, in the United States.

The 29-year-old player from Tucuman signed a closing card with 68 strokes (seven birdies, three bogeys) to accumulate a total of 273 (-15).
In this way, the golfer from Yerba Buena shared the last place on the podium with the German Jeremy Paul and the American Brandon Matthews.

Marcos Montenegro from Necoche, for his part, closed his task in 61st place, with a score of 285 strokes (-3). While Julián Etulain, born in Coronel Suárez, was one step below, with 286 (-2).

Nelson Ledesma, also from Tucuman, had a last day to forget, he fell more than thirty positions and finished in the 71st. Location, with 293 hits (+5).
The champion of the contest held at the TPC Colorado was the Chinese Zecheng Dou, with 271 impacts (-17), escorted by his compatriot Carl Yuan, with 272 (-16).

Loading...
Newer Post
Justice allows Poulter, Otaegui and Harding to play the Scottish Open
Older Post
The golf sector in Huelva recovers with direct income of more than 32 million in the last season