Golf’s gold is from Schauffele 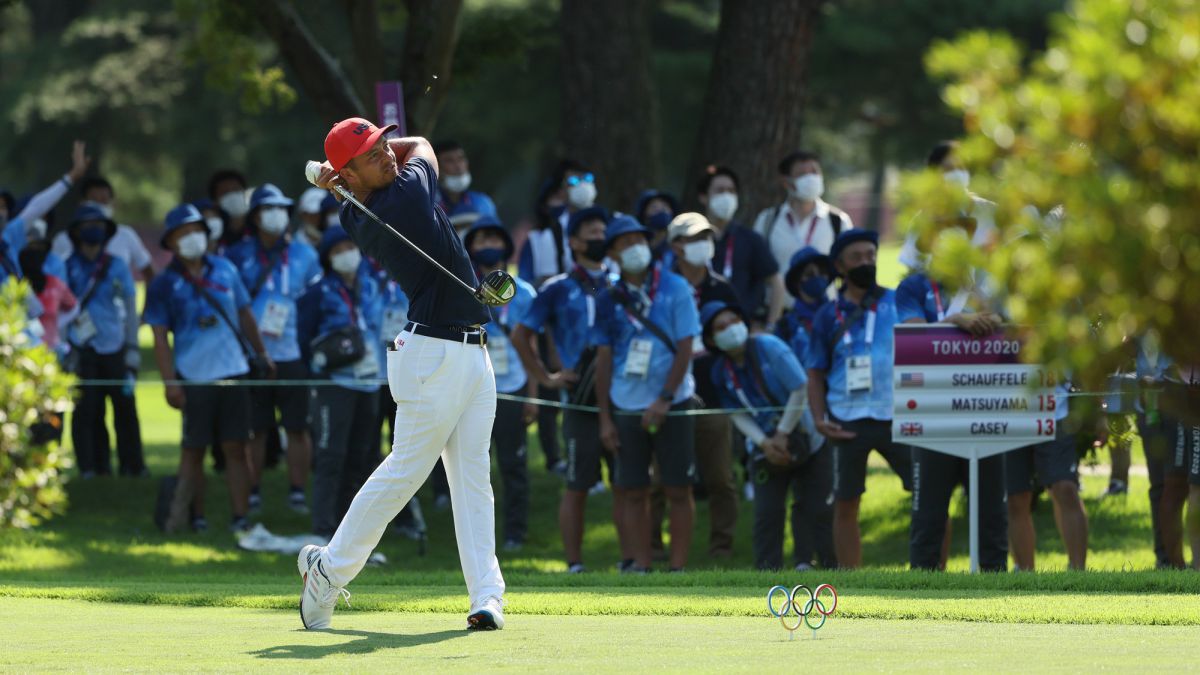 Xander Schauffele is a calculating guy. Cold-minded, mix of Japanese and German methods. His father is Teutonic, his Chinese mother, raised in the

Golf’s gold is from Schauffele

Xander Schauffele is a calculating guy. Cold-minded, mix of Japanese and German methods. His father is Teutonic, his Chinese mother, raised in the country of the Rising Sun. Xander is an American and a PGA Tour star. For obvious reasons, had marked the Olympic golf tournament in Tokyo as a ‘priority’ on the 2021 calendar. The one from San Diego won gold at age 27. -18 signed on his final card.

Schauffele created a perfect game strategy to succeed at Kasumigaseki, a simple course, to which many birdies could be made under temperatures of 38 degrees and humidity difficult to bear. That was what the American did on the second day and has already paid at the head of the event. This is how he stood on the final day, in a star match shared with Paul Casey and local idol Hideki Matsuyama, the Augusta Masters champion, another cold guy, whose game didn’t work this time like it did at the National.

Schauffele started the last round intimidating, with two birdies. Matsuyama was not able to lower his score to a field he knows well in which he spent many hours as a young man. The mythical Rory Sabbatini saw the holes as soccer goals. At -10 he finished his lap and he was the one who in the end, from the front, put pressure on Xander, who was not daunted. With Matsuyama, KO, he went hole by hole, like a little ant. There were only doubts in 14, with a bogey. Six hits on a par 5. He could afford it. He reached 18 with a lead and the final putt came in. -18 in the Club House. Olympic champion.

Nor did he make excessive gestures of joy Schauffele, not very expressive golfer, who has already been in the fight with the best in the greats. He has second places at the Masters and British Open, and a third at the US Open. One of the best on the PGA Tour, who once took the title of rookie of the year. He had set the Olympic tournament on his calendar… He succeeds Justin Rose.

A silver for Slovakia with the classic Sabbatini

The silver went to Rory Sabbatini, 45. Before South Africa and now Slovakia with the presumed goal of being able to compete in the Olympics. In 2019 he obtained nationality. The level of South Africa is very high, Slovakia did not exist until Rory arrived, who presented this medal to the Central European country. ‘The Boy from Bratislava’ they call him with a certain joke in the country.

The bronze was decided with a tiebreaker of up to seven golfers, with Morikawa, Matsuyama, CT Pan, Mito Pereira, Sebastián Muñoz, McIlroy and Casey. He was taken by CT Pan of China Taipei, another strong player on the US PGA Tour.

Adri Arnaus finished 38th, with -6, while Jorge Campillo finished the Olympic tournament in 59th place with +5.

Ande Soria shines in the Spanish Golf Championship and cup one of the podium
Hispanic restaurants in La Quinta benefit from ‘American Express’ golf tournament
Cantlay, best player of the year ahead of Rahm
GOLF 795