Golovkin: Beating Canelo would be the biggest win of my career 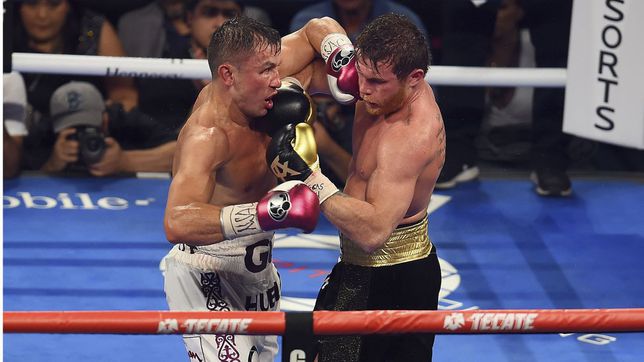 Gennadiy Golovkin is the IBF, WBO and WBA middleweight champion and will look to defeat Saúl Canelo Álvarez for the first time in his career on Sep

Gennadiy Golovkin is the IBF, WBO and WBA middleweight champion and will look to defeat Saúl Canelo Álvarez for the first time in his career on September 17, 2022.

In an interview with Sam Gordon of the Las Vegas Review-Journal, Golovkin declared that beating Canelo Álvarez at the T-Mobile Arena would be the most significant victory as a boxer after the results obtained in his first two fights.

Unified middleweight champion Gennady Golovkin has moved past the first two fights with undisputed 168-pound champion Canelo Alvarez — and their controversial outcomes. More here from “GGG,” who previewed the trilogy this morning: https://t.co/69jwBTqO4d

Later, the second chapter of the rivalry took place in 2018 and the Mexican boxer was the winner by majority decision thanks to the fact that two judges sentenced the fight with cards of 115-113 in his favor.

YOU MAY BE INTERESTED: Dana White denies rematch between Mayweather and McGregor

For the first time in his career, Golovkin will fight at 168 pounds after fighting 44 times at 160. With this in mind, the Kazakh knows that the fight against Alvarez will be difficult. The 40-year-old boxer is 42-1-1 with 37 wins by way of knockout.

“I am sure it will not be an easy fight. My rival is a champion, he has four belts and is possibly the best fighter in that category. I’m moving up the ranks and I’m up against the best,” GGG said.

Claressa Shields crosses the pond
Boxing: The Boxing Event raises more than 6,000 euros against childhood cancer
Everything got rotten! The hot face to face that were experienced in Triad Combat
BOXING 3639