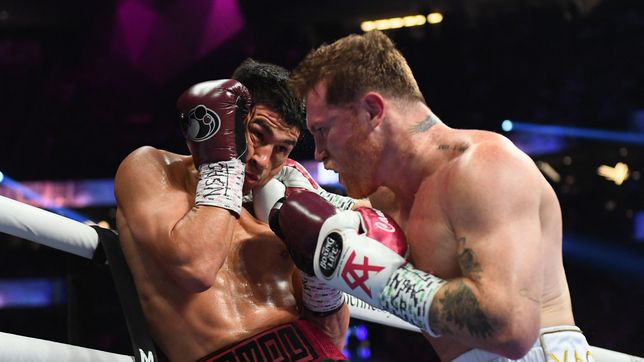 There are less than two months to go until the third episode of the saga of fights between Gennadiy Golovkin and Saul Canelo Álvarez and both boxers have been talked about as a prelude to their fight at the T-Mobile Arena in Las Vegas.

In an interview for BoxingScene, Golovkin stated that Canelo’s second loss in his career as a professional boxer will only make him a stronger opponent.

“You learn from defeats. We are at a level where a defeat only makes you stronger. I think it was good for Canelo because that kind of loss brought him back to reality. He will make the right takeaways from that fight and be a better fighter,” GGG stated.

After 17 years as a professional, Álvarez is 57-2-2. Apart from Bivol, Floyd Mayweather is the only boxer who has beaten the Mexican boxer. Both draws were against Jorge Juárez, in the first bouts of his career, and in the first bout between Golovkin and him.

YOU MAY BE INTERESTED: Tyson Fury will sponsor a third division team in England

Opposition on change of division

When Golovkin was asked by BoxingScene if the change in division was beneficial for Alvarez facing Golovkin at light heavyweight, the Kazakh boxer merely mentioned that several boxing experts have already spoken about it.

“I refrain from commenting on whether it was a good or a bad decision. There are experts who already shared their opinion on that. For me, that doesn’t really matter. He did what he wanted to do,” Golovkin explained.