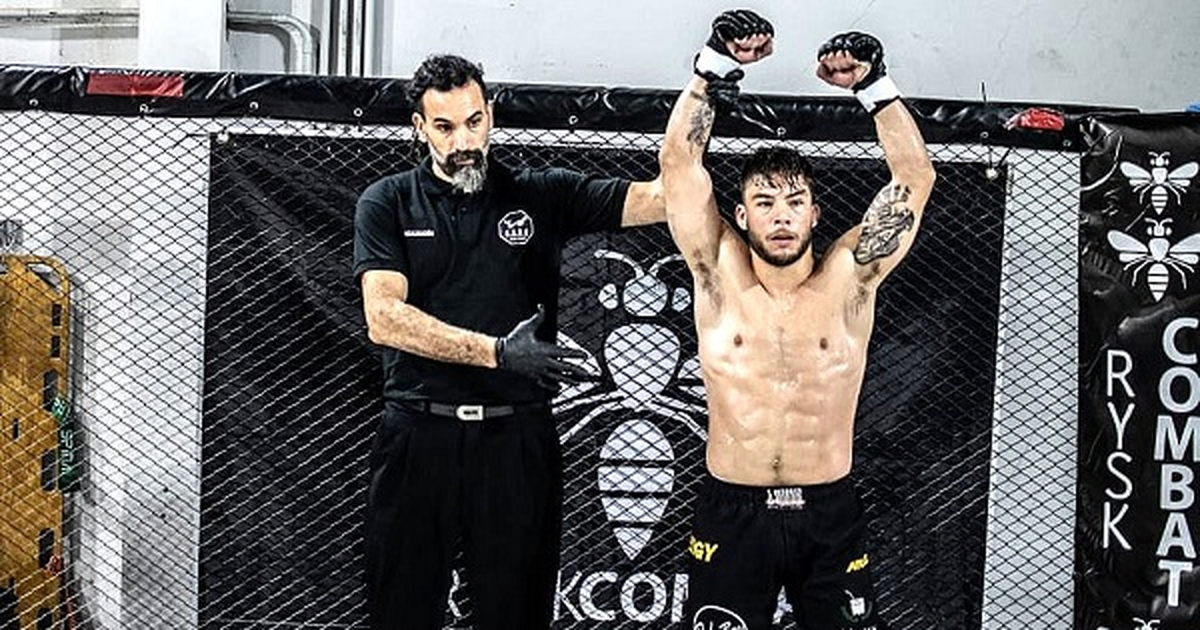 Sports activities were greatly affected by the pandemic and especially those where there is physical contact. The mma was one of them and -there

Sports activities were greatly affected by the pandemic and especially those where there is physical contact. The mma was one of them and -therefore- the athletes lost rhythm of competition, such was the case of Gonzalo Araozwho, after important achievements, had to take a long break and now, little by little, is returning to high competition.

That is why after three years of inactivity, the successful return was on July 9 in Buenos Aireswhere he won by technical knockout in the first round against Alexis Dos Santo.

The opportunity now presents itself at an international level, since this Saturday he will be representing San Juan at the MMA Octagon in Santiago de Chile, facing Eduardo Torres, number one in the Chilean ranking in the 61 kg category.

Gonzalo recounts: “He has a very important record, but I am very motivated after winning my last fight in a minute and a half in Buenos Aires and now this international opportunity has opened up for me.

Gonzalo usually trains in his own gym (AG Combat Center), on Lemos Street, and it is where he has been preparing for this commitment. “He usually trains from Monday to Saturday. From Monday to Friday I do two shifts a day, with physical and technical work and on Saturday I dedicate it to physical preparation, only, with the purpose of giving the body the necessary rest. This opportunity is very important to me, since after this commitment great events and opportunities will come, again, so I consider it very important to get my career off the ground again.”

Thanks to the good image that Araoz left in his fight at the Picante Fight Club, in Buenos Aires, he has received invitations to train and compete again in that city and a call has come from the city of Monterrey, Mexico to compete again in that city. country, which excites him, thinking that it is the path he must travel to reach the elite of this world sport: the UFC.

Gonzalo has been active for eleven years, being Argentine and Pan-American champion and won the bronze medal at the World Cup in Kazakhstan. The pandemic forced him to return from Mexico, but now he returned with many hopes of fulfilling his dream.

Viral: Politicians in Brazil step into the MMA ring to fix their differences
John Castaneda defeated Miles Johns by submission
Sabina already knows her new challenge in the UFC
UFC/MMA 1198