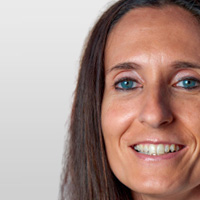 We are passionate about winning but some also like good football. Especially if we talk about Barça and even more if it is Xavi coach. The Madri

We are passionate about winning but some also like good football. Especially if we talk about Barça and even more if it is Xavi coach. The Madrid wins: but does not play well. And the Athletic manages to raise the title of League: but playing as he plays Cholo. We want everything and that is why we compare the cons of Madrid, with the nice substitute game of Barça even if he cannot and Cholo’s desire to play what he does not know.

One would have to wonder what it means to play good football. Is it practicing a highly creative style, where control of the ball prevails above all else, maintaining speed and making opponents run after the ball? Or have several players with the ability to outwit opponents and the ability to play in the center of the field or even in front?

Opinions are like the navel, everyone has one. For me, good football is something else. It is the one that is played in Uganda Out of passion for sports, without charging a penny, barefoot, in fields that are not fields, with branches as goals, giving everything, without half parts and with a desire to never finish. It is the one played in Valencia, with women victims of gender violence, people with mental illness and people from other countries. Or the one that is practiced in Bolivia by indigenous mothers. Or that of the parks California, where Mexicans who spend all day in the field picking strawberries and who will never be able to play like professionals in USES would contribute a lot to the MLS. A football without referees and without VAR that works perfectly.

It is a football with a third time, where everyone smiles. You know athletes who, if their luck had been different, would play with those who play good soccer or win marathons. They are farmers, herders, people with schizophrenia, mothers, women with AIDS… That with tired legs and diminished hopes, they run more than those who have nutritionists and physical trainers.

As a show it’s hard to beat. It is natural, imperfect, messy, without conditions, without fear of injury and exciting. A mix of 80s football with hints of the Premier and the Bundesliga. An illusion of how football should be.

I remember Julius, who at the age of 11 had to abandon Sudan escaping from war. He came to Uganda and is surviving as best he can. When I see him going to court, stealing, scoring headlong, with that power that he carries in his veins, I think: “Oh my god what a piece of central …” and “what a pity that the world can’t enjoy his talent.”

If many of them had the means that we have here, uffff … there would be more Messis and more Usain bolts But if they don’t even get the vaccines that we have left over, it is unlikely that one day they will have adequate food, a ball or soccer boots. In the meantime, let the show go on! Excellence can cause admiration. But it is the naturalness and imperfections that move and generate smiles.