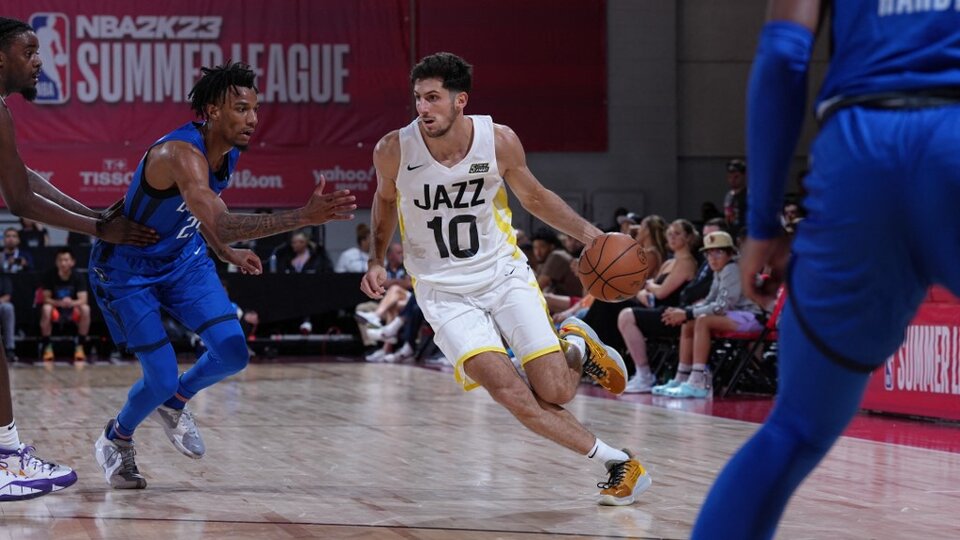 The NBA Summer League is allowing Argentines Luca Vildoza and Leandro Bolmaro to show themselves and add good minutes, who are fighting to get into

The NBA Summer League is allowing Argentines Luca Vildoza and Leandro Bolmaro to show themselves and add good minutes, who are fighting to get into the final squad of their respective teams before the start of the official season.

The one who fared the best in Monday night’s games was Vildoza, despite the fact that his Milwaukee Bucks fell 111-109 to the Boston Celtics. The former Quilmes from Mar de Plata was once again a starter and stood out with 11 points (3/5 in doubles, 1/3 in triples, 2/2 in free throws), two assists, a steal and a loss in 17 minutes of play.

Among the most outstanding actions of the point guard were a couple of very aesthetic tray innings and a feint that made a rival fly with the bad luck that he kneed in the face who is fighting for a place in the champion franchise of 2021 and one of the candidates for the title next year.

Vildoza, the only player in NBA history to play playoff games and not regular season games, had just started the previous game (Milwaukee’s victory over Brooklyn 94-90) and signed a 7-point score sheet (1/ 3 doubles, 1/4 triples, 2/2 free throws), 4 rebounds, 3 assists, a steal and a loss in 22 minutes.

For his part, Bolmaro was also a starter for the Utah Jazz, his new team after being traded from the Minnesota Timberwolves. The former Bahía Básquet once again had a good number of minutes and a lot of offensive prominence against Dallas (83-82 victory) but he is still struggling with the hoop: 8 points (3/10 in doubles, 0/2 in triples, 2/2 in doubles). ), 7 rebounds, two steals, one assist, one block and one turnover in 28 minutes.

The Cordovan came from playing the same number of minutes against Atlanta (72-66) with a 5-point roster (1/7 in doubles, 2/6 in triples), 5 assists, two rebounds, one steal and three turnovers.

Unlike Vildoza, who signed a preseason deal, Bolmaro has a guaranteed contract with Utah for next season. Although nothing is certain in a league that is always on the move.