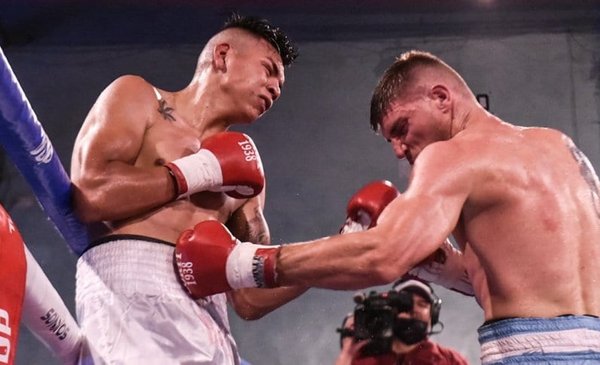 Goyano boxer Matías "Monzón" Lovera lost on points, unanimously, in the second defense of his Argentine super middleweight title. Its winner was t

Goyano boxer Matías “Monzón” Lovera lost on points, unanimously, in the second defense of his Argentine super middleweight title. Its winner was the Santa Fe Victor “the Stylist” Exner (76,200 kg. And 7-8-1, 2 KO). The fight took place in the stadium of the Argentine Boxing Federation (FAB) in the city of Buenos Aires, on Friday night.

He prevailed after ten rounds, and thus took revenge for what happened on May 11, 2018 when the champion won by technical knockout in the third round in Buenos Aires.

In an emotional fight, Exner fell to the ground in the opening round and it looked like it was over. However, he rallied and ended up subduing Lovera, who even received a standing count in the fifth.

After that, everything went to Exner, who punished him at will, and came close to knocking him out. The judges’ cards were: Héctor Miguel 97½-91, Carlos Azzinnaro 98-91, and Marcos Barbero 96-92, all for Exner.

In an emotional fight, whoever did the best won. He suffered in the beginning, but won with great ease.

It is that, in the beginning, everything belonged to the champion. He went looking for him and with a powerful hook to the ribs, he sent him heavily to the ground. After that, Exner stood up. However, Monzón shortened the distances and connected resounding crosses to the face, which made him stumble. Everything seemed from Lovera.

In the second round, the champion began managing the actions, but was losing control. Bravely, Exner reacted. In the short distance, he combined his cross and uppercuts to the chin of a champion that diminished his actions. And the decline would be accentuated later.

From the third, “the Stylist” took the initiative. He put it numerous times on the ropes, where it hit at pleasure. Their ascendants and crusaders came very clearly on Lovera, who was not reacting. With confidence, in the chapters that followed Exner perpetuated his control. So much so that in the fifth round, after submitting him against the ropes with his cross and uppercuts to the face, the account came from Zaragoza standing up.

The fight had completely changed. From there, everything would be Exner’s.

Beyond sterile hints of reaction from Corrientes, the Santa Fe was the owner of the ring. He continually tortured the face of the champion.

Lovera did not react. He seemed exhausted. Thus it was that Exner worked in great comfort. More than once it made sense. For that reason, with the definitive bell, the result was sung.

With changes, the boxing festival in Delmi is not suspended
This is Olek Usyk, Anthony Joshua’s rival for three heavyweight titles
Benavidez’s father calls Canelo fearful for not fighting with his son
BOXING 1348