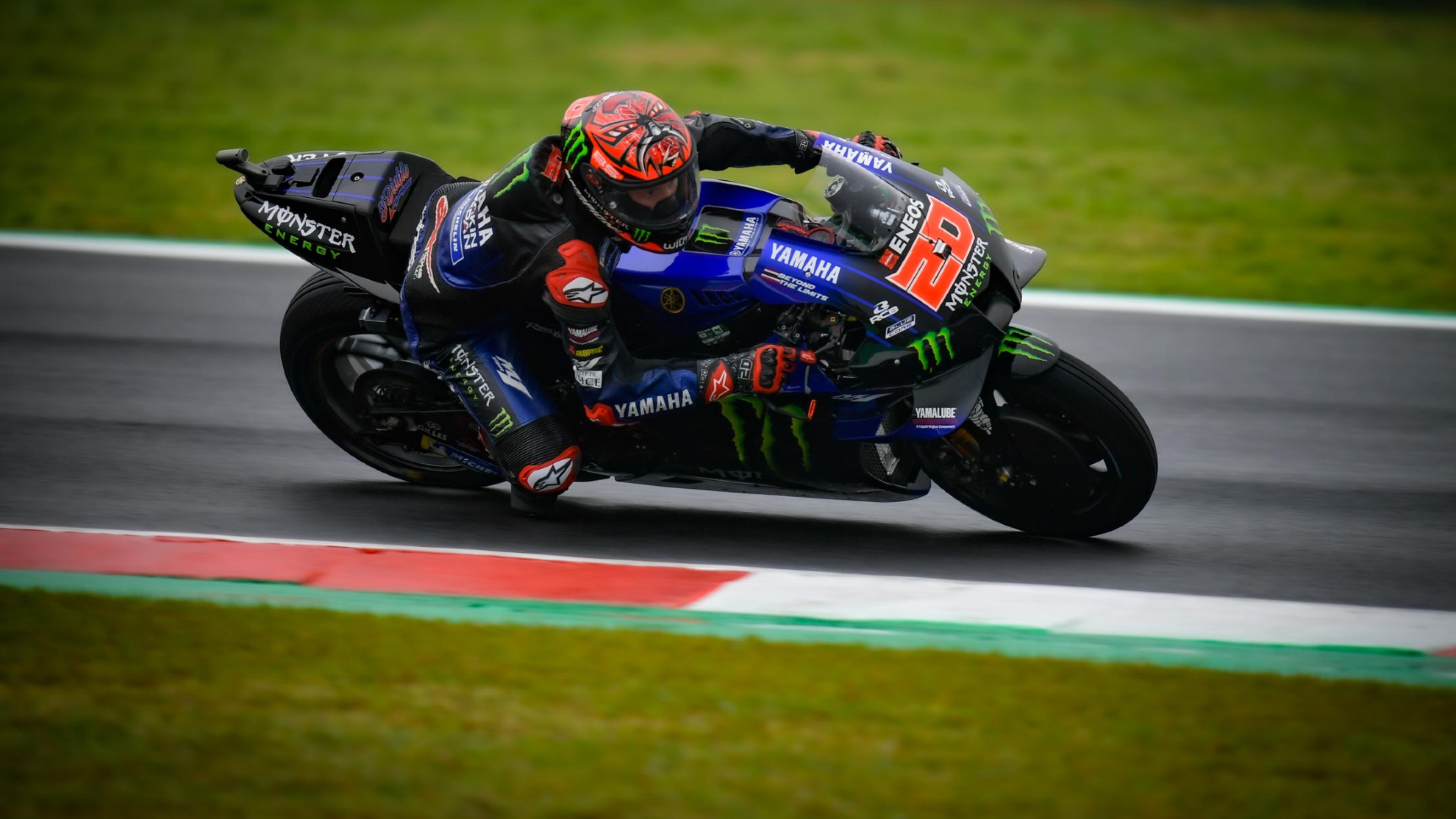 S
There are only three races left until the end of the 2021 season in MotoGP. Misano hosts the 16th event of the year. And let&#8217;s remember that this is the second time this course has been run on the Adriatic track. In the first event it swept Pecco Bagnaia. And today he is the clear favorite to repeat the triumph.

The one of Ducati, who starts from pole, wants to make a man suffer Fabio Quartararo that takes 52 points in the general. &#8216;El Diablo&#8217; has suffered throughout the weekend. But it was in the wet. The test this Sunday will be dry. So be careful what the French can do. The problem is that it comes out far behind (the 15th). That and the logical thing is that it is conservative. He has a good advantage and the key to being a champion is knowing how to manage it.

The fact is that the Yamaha team had a very good time to be champion at Misano, but things have become very complicated for them. Not only because of Bagnaia&#8217;s privileged position, but because other Ducati will come out ahead (Jack Miller and Luca Marini). They can opt for a logical strategy to protect Pecco, who will seek to escape from the beginning. Quartararo only has to finish ahead of &#8217;63&#8217; to be champion. But except for a capital surprise that will not happen. Another thing is that Bagnaia makes a mistake and goes to the ground &#8230;

On the other hand, it will be necessary to see what they are capable of Marc Márquez (7th) and the Suzuki (Rins and Mir are bound for an epic comeback).

And let&#8217;s not forget the other great protagonist of the weekend: Valentino rossi. In Misano he will contest his last race on Italian soil. &#8216;The Doctor&#8217; last part (23rd), with what is destined not to make a good result. The show will be in the stands, where his fans will support him as a nine-time world champion deserves.

The race starts at 14.00 hours. There will be 27 exciting laps. Will there be a champion? We will see in a little while. And, without further ado, we started our live show!

Loading...
Newer Post
VIDEO: The five times ‘strongest man in the world’ stars in a sudden knockout in 18 seconds in an MMA super heavyweight fight
Older Post
Boxing: The statue of Mike Tyson, in the style of Cristiano Ronaldo, that sets fire to the nets