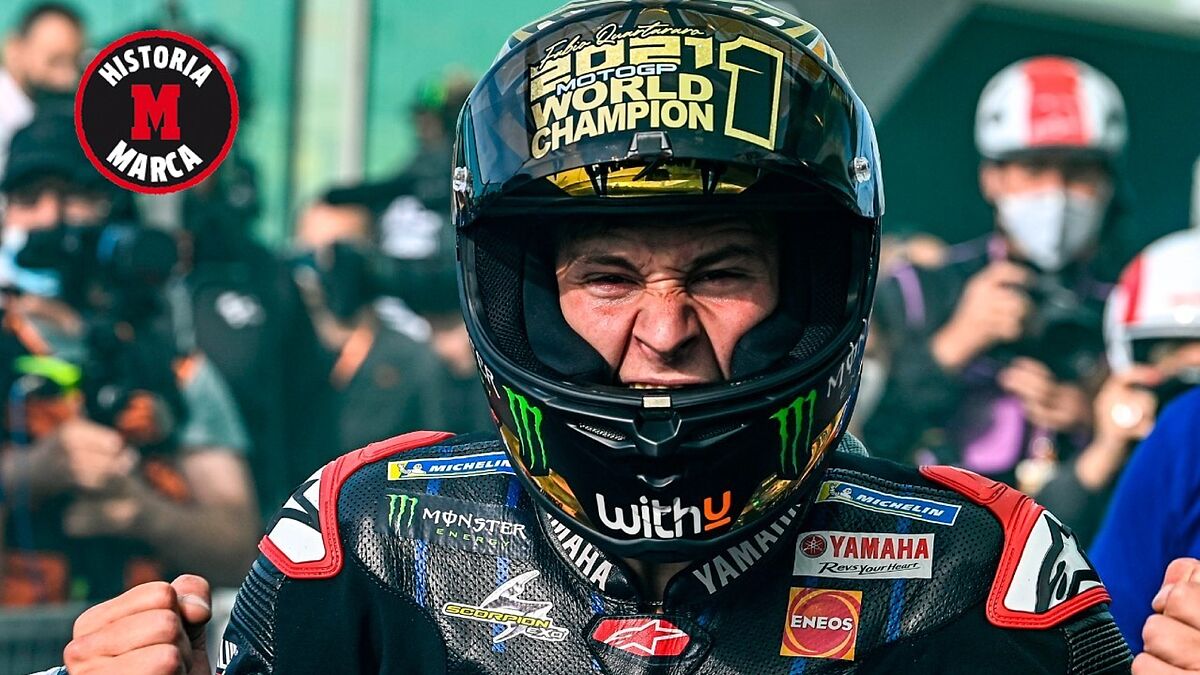 What the heck! they said in Yamaha and Ducati when they saw how Pecco Bagnaia fell when he had the race won at Misano and it seemed that the fight was going to drag on. Dall’Igna or Tardozzi were taken by demons. Fabio Quartararo was a MotoGP champion. The boy who adored Rossi achieved it the day that Valentino parted company with his hobby. The kid with Italian origins it triumphed in the country of the boot … at the expense of a competitor and a transalpine factory. Also owes part of the success to Spain, that country to which he traveled incessantly with his father, Ettiene, from Nice to compete, since in France they do not allow it due to age.

And it is that Quartararo was a precocious genius, an early talent as there have been few. He pruned with the irreducible Spaniards in lower categories and he even reached the FIM CEV Repsol at the age of 13. In his first race he was already second. He won the title the first time, with 14. Alzamora, Marc Mrquez’s mentor, signed him for his team and repeated the crown. The rules were even changed for him and he reached the Moto3 World Championship with 15. They called him the ‘antiMarquez’ or ‘the new Mrquez’, but the huge expectations were not met and did not stand out. It was fading, he got on Moto2 and it seemed that he would leave the contest without pain or glory. Another talent that gets lost along the way. “The most difficult moment was in Argentina 2018, which had classified me 28. At that time I said to myself: ‘Either I put the batteries or I’m going to end up at home’. There we took a step up, “he evoked. He did so much that he won in Barcelona three months later and that victory was his endorsement so that Razlan Razali, a Malaysian who Petronas commissioned to create a team, would notice him. They wanted to sign Jorge Lorenzo and, with more momentum, Dani Pedrosa, but both said no and Quartararo arrived. “In my first test, he told me: ‘What the hell am I doing with this bike? But, little by little, we took steps forward and I already knew that I could do it well,” he recalled yesterday.

So much progress that in 2019 He took the youngest pole record from Marc Mrquez in the queen class. That s, the ilerdense prevented him from winning that course. I beat him in all the duels and even made him cry in many. But Fabio Eclips Valentino Rossi and Maverick Viales and he won the official team. In 2020, Cervera’s injury and two triumphs in Jerez gave him a favorite tag that baffled him. Pressure could and it was very irregular. 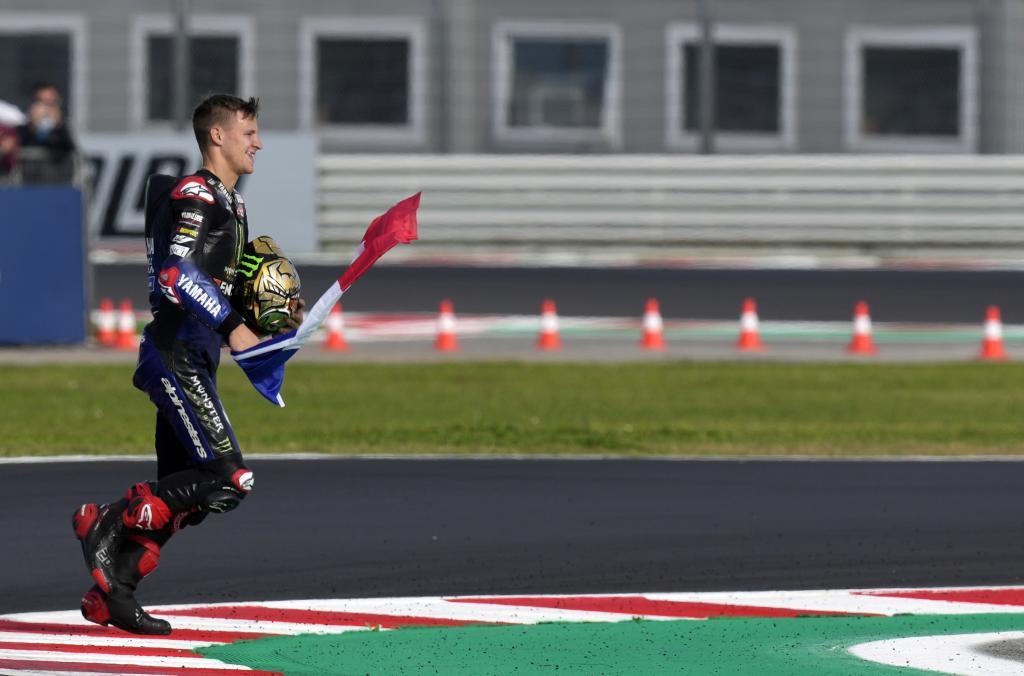 In winter, he returned to a psychologist and boy have you noticed. “This year I have never gotten angry. Keep calm It has made me grow a lot, “he admitted in his glory day. Also the technical improvement on the Yamaha.” Better the feeling with the front of the bike. I feel one with herI’m having fun, “he blurted out.

He has done so much that there is unanimity between drivers and teams that he is the just winner. He is the heir of Jorge Lorenzo for the Japanese firm, which had not achieved the crown since 2015. The Balearic, present in Misano, approached him and congratulated him. “Enjoy it, you’ve been the best, you deserve it. You’re a great one,” he snapped in his ear. In his style, with a great step around the curve, he is also the Majorcan’s relay.

Fabio, then, was already in heaven after screaming, jumping, dancing to electronic music on a red carpet and picking up a golden helmet. But above all, cry. He left all possible tears as he thanked his family. “I am living a dream,” he stammered. As your country, as indicated Emmanuel macron, the President of the Republic: “What races and what year for Fabio Quartararo. Bravo for him. He becomes the first Frenchman to achieve the title of MotoGP champion.”