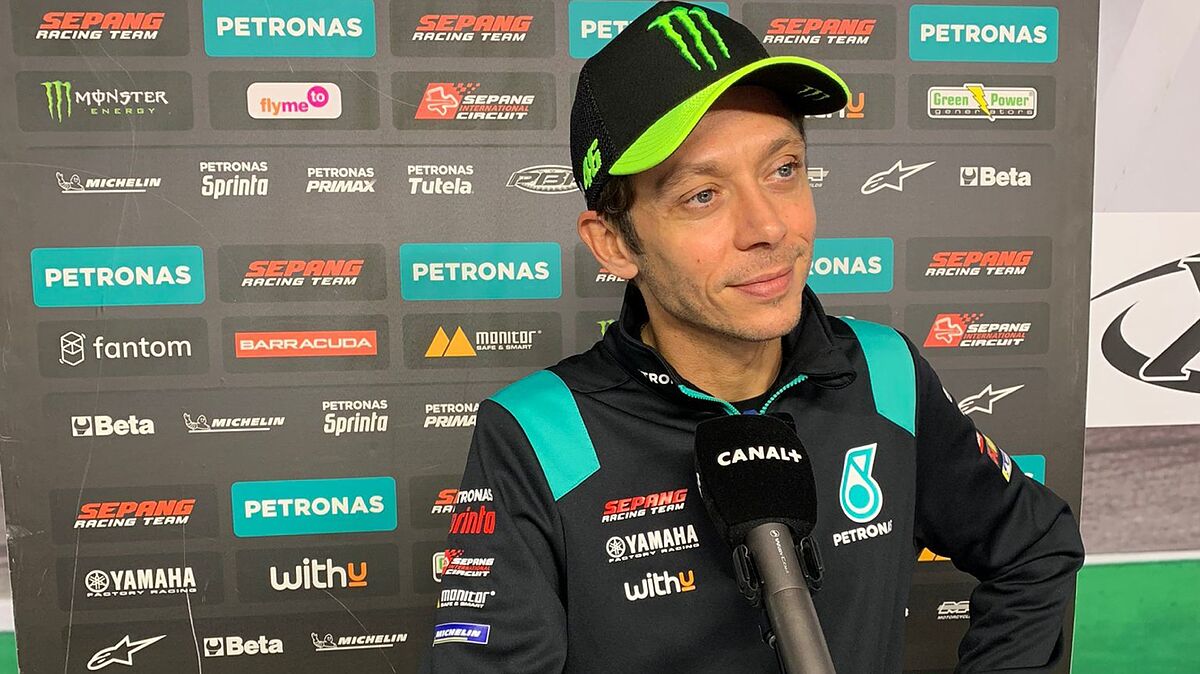 TOhours. Valentino Rossi running his last race in Italy, in Misano, next to his house. He is modest in his ambitions. He talked about everything:

TOhours. Valentino Rossi running his last race in Italy, in Misano, next to his house. He is modest in his ambitions. He talked about everything: sanctions, pressure, paranoia …

Carrera 430 and last in Italy.

“It’s a slightly strange situation. It is the second time in Misano and the second time is peculiar. With the Covid we have learned from these situations. It is a great opportunity to say goodbye to the Italian fans. I look forward to a dry weekend, above all, a dry race and give the maximum to have a good race “.

Message to the Tifosi.

“It’s a very long story, it’s a very long career. I want to thank everyone. I have incredible support, especially in Italy, but also in most of the world. I had great careers. It is always a sad moment when you get to the end, but I really enjoyed it. “

“What I said in DAZN is that in Austria everyone asked me: ‘How do you feel?’. There I made the decision and announced it, but I had to stay focused for what was left. In Valencia it will be different because it will be the last time. At that moment, I will be overcome by many emotions. In Italy we say the word paranoia a lot, but it is not something that big. My mentality has not changed. “

Advice to Quartararo and Bagnaia.

“The difference is 52 points and Fabio will want to close it as soon as possible and try it on Sunday. If it lengthens it is more difficult. I already told Pecco: do a Misano 1, with pole, fast lap and victory. There is a great They deserve to fight for the World Cup. It’s a shame Bagnaia lost so many points at the beginning. Many would have liked it to be more exciting. “

“It’s a bit difficult. From one race to another there are many elements around. I am still on the track and the difficult thing is to keep my concentration to the maximum. In MotoGP, there is a high level and risks. You don’t have to think about being the last one. race in Misano. A good result will be a top 10, although it will not be easy. “

“It’s difficult for everyone. Also for a ‘normal’ driver. You have to do a lot of things during the weekend. The only thing that interests the driver is the result of Sunday afternoon. You have to think about that and Then other things come. It’s more or less the same for everyone. “

“I raced Casey his entire career in MotoGP, from 2006 to 2012. It wasn’t long, but he showed his innate talent. With the Honda he was already fast in 2006. I consider him to be one of the fastest and most savage in the history of MotoGP. MotoGP “.

“They have great charisma, seen from the outside and when you compete. Just because of the noise it’s more of a competition bike, but that’s the way it is. The world changed. It was a ‘shock’ for me. We loved the 500cc 2-stroke. If you went to the limit, you would feel uncomfortable because it is dangerous, especially in acceleration. The ones from now are more controllable, but I also like them. It is the evolution. The 2-Stroke is in my heart and it is in everyone’s “.

Sanctions such as nc -two races out-.

“It is a correct decision. Dorna and the Race Directorate have understood that they had to change something. The situation had gotten a little out of hand. It happened many times and it was not the first. Many move very aggressively on the straight . You have to tell them that if they move through the slipstream, they have to stay at home. They have to be more strict, also with the yellow flags. They have to follow pilot to pilot. There are 7-8 more dangerous than the rest “. .

“I have a very good relationship with Davide Brivio. He is the one who convinced me to join Yamaha. Together we live the best moments of my career. He is the best team leader. He can make a difference, as he did with Suzuki. I don’t know his future. Not being with our team. We haven’t talked to him. “

“I don’t know. When you are an athlete, life is divided into a pilot, that you are known by many people who follow you, and your personal environment, with your closest friends. I want to be remembered as a good pilot with a long race and good results. People have been following my races and enjoying them. That is the best memory. “