GP Emilia Romagna MotoGP 2021: Valencia, of course, be a tribute to Valentino Rossi 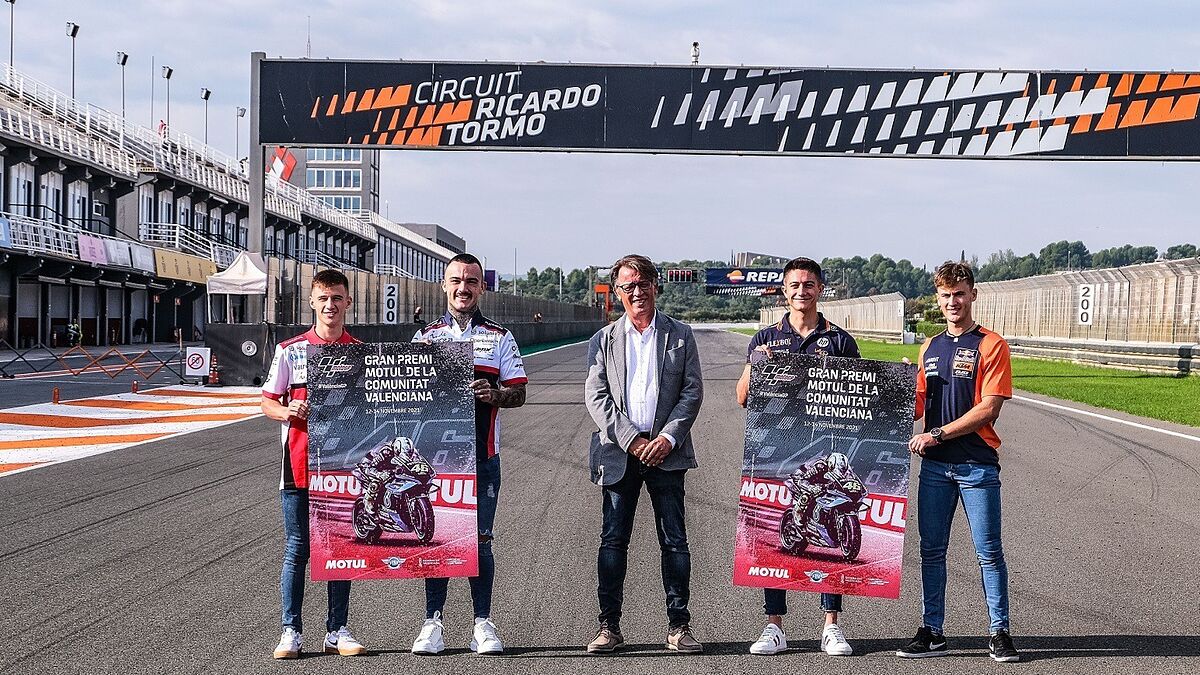 Nor only in Italy will they perform acts to honor Valentino Rossi, like this weekend in Misano. It will also be so in Spain. The general director

Nor only in Italy will they perform acts to honor Valentino Rossi, like this weekend in Misano. It will also be so in Spain.

The general director of Sport of the Generalitat Valenciana, Josep Miquel Moya has presented at the Circuit Ricardo Tormo the poster for the Gran Premio Motul de la Comunitat Valenciana to be held in Cheste on 12, 13 and 14 November.

Moya explained that “finally the public will return to the stands of the Circuit Ricardo Tormo, following all the sanitary security measures, but in a much better context. thousands of people fans of this long-awaited sporting event with the stands full of life, with activities around the races and with an enormous capacity to stimulate and publicize our land, a focus of international attraction for being the ‘Comunitat de l’Esport’ “.

The nine-time world champion, Valentino Rossi is the protagonist of the event’s poster and the star of the Grand Prix weekend “in a date that will become tribute to the Italian pilot, which says goodbye here, in our circuit and to which we have dedicated the poster “, says the general director of Sport.

The general director of the Circuit, Gonzalo gobert, recalled that on October 25 at 12.00 noon the sale of tickets for the Grand Prix Motul de la Comunitat Valenciana will be reactivated and that it is expected “that the stands will present a great appearance, all a joy after practically two years with hardly any public at the World Cup Grand Prix in Spain “.

For their part, fans who already have tickets because they did not return the valid ones for 2020, will not have to make any exchange. Your seats will be valid directly with the row and seat number that you chose on your day.

The presentation also featured several Valencian drivers that the fans will be able to see on the track on the weekend of the Grand Prix: Aron Canet and Hctor Garz who compete in Moto2; and Jaume Masi and Sergio Garca Dols, who compete in Moto3.