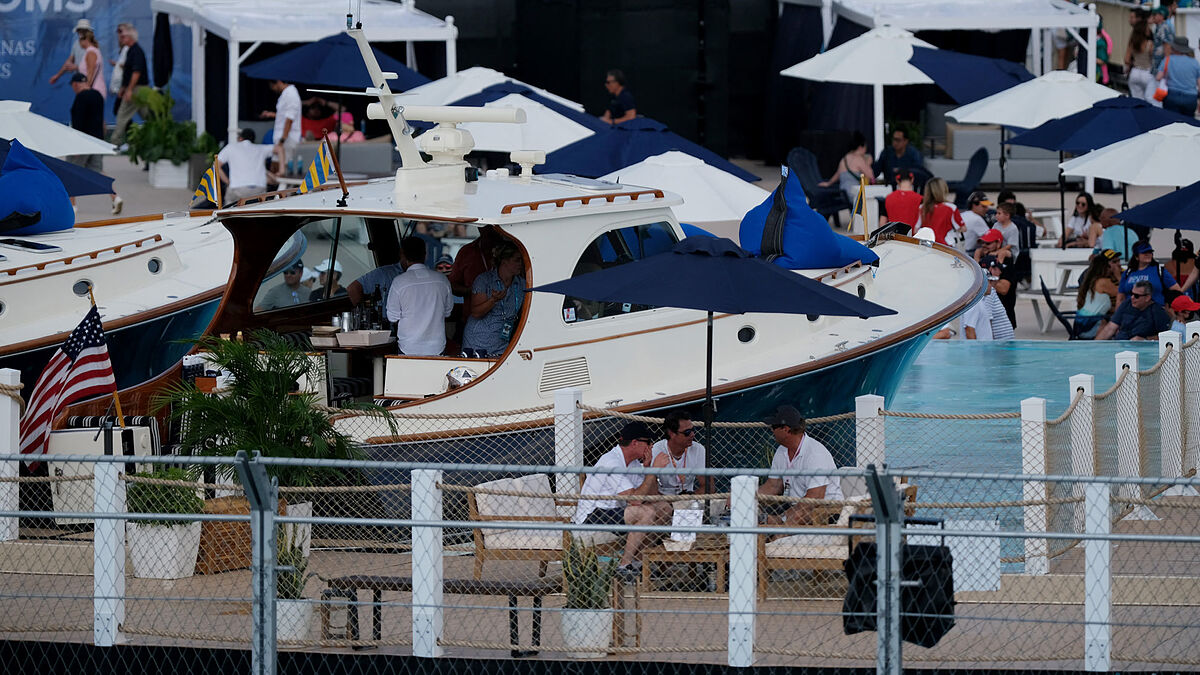 Cwith parties on the beach and with the bars full of fans, celebrities walked the grounds surrounding an NFL stadium and attracted the attention of

Cwith parties on the beach and with the bars full of fans, celebrities walked the grounds surrounding an NFL stadium and attracted the attention of some admirers.

But most fans were more attentive to other types of Netflix stars, the F1 drivers, most popular in the United States now, after the broadcast of a series on the subject in the “streaming” service.

For the first time since 1984 there will be two F1 races in the United States during the same year.

The promoters wanted this event even from before the popularity of F1 was elevated by the “Drive To Survive” series. Thus, the reception in South Florida for seven-time world champion Lewis Hamilton was particularly enthusiastic.

After all, the British would have had a decisive influence on the realization of this event. In 2017, he chose Miami as his dream destination for a new career, when the American company Liberty Media bought the series.

“I think this is maybe a more cultural thing in America,” Hamilton said. “It’s the NBA, it’s NASCAR, it’s IndyCar, and in the 16 years I’ve been coming here, a knowledge of this sport has been slowly built.

“Americans have to wake up at unusual hours to watch the Grand Prix races, But I think the new step in getting attention, you know, with the Netflix show, is really generating this amazing fan base.”

The United States will host three series in 2023, when a date will be added in November to run in Las Vegas.

Russell was also the winner of the second practice.

Leclerc completed the 19-turn course of the 5.41km circuit in 1 minute, 31:098 seconds at the wheel of his Ferrari in the first of two opportunities on the specially designed circuit around Hard Rock Stadium.

Russell was second fastest with Mercedes, who has been slow at the start of the season with his new car.

Reigning F1 champion Max Verstappen was third, followed by his Red Bull teammate Sergio Prez. Verstappen and Prez are second and third in the drivers’ championship behind Leclerc.

In the evening practice, Russell edged out Leclerc, while Prez was third and Hamilton moved up to fourth place, after finishing eighth in the first session.

Verstappen and Leclerc have split the first four races with two wins each. Ferrari’s performance has been incredible since it unveiled its new car under the 2022 regulations.

Mercedes, on the other hand, has had difficulties and Toto Wolff, the team leader, apologized to Hamilton two weeks ago for handing him an “undrivable” car. Hamilton finished in 13th position, while Russell finished fourth at Imola.

Before the first practice, Hamilton showed up with all the jewelry she could in protest at the new rule of the International Automobile Federation (FIA) about body piercings during the competition.

F1’s governing body says the jewelery poses a safety risk, but Hamilton says he can’t take his piercings off and is willing to sit out the race.

He ultimately submitted a document to the FIA ​​stating that he had removed as much as he could for the first practice and was granted a temporary exemption for her earrings and nose piercing.