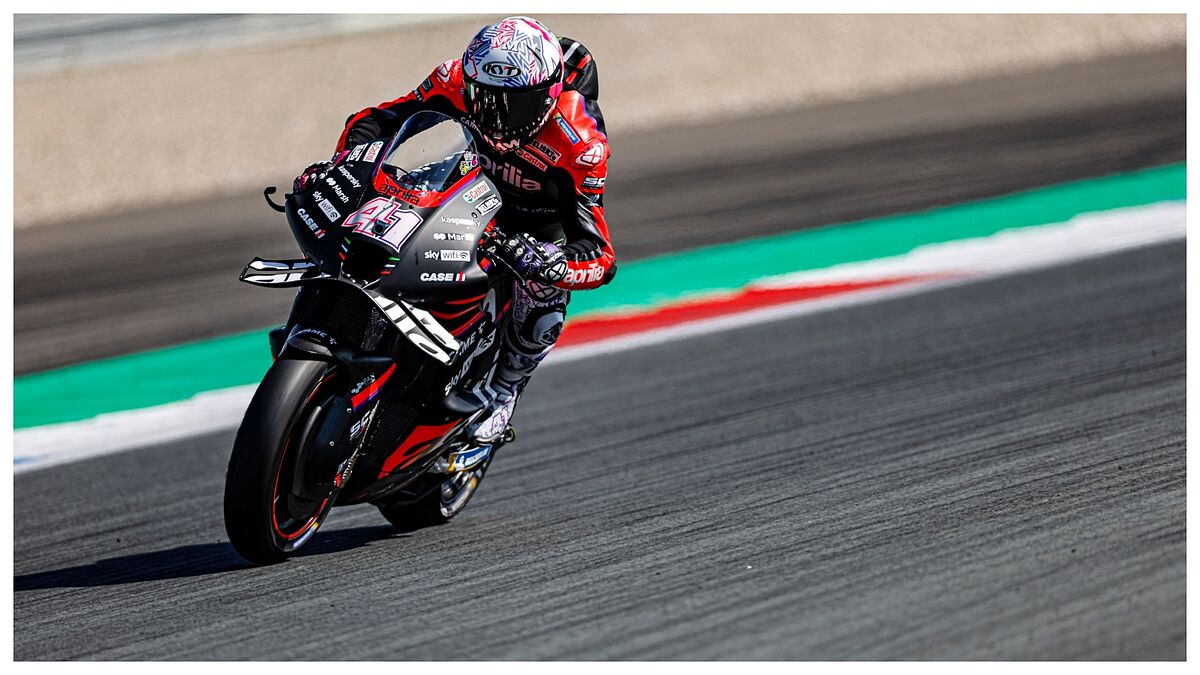 Alex Espargar don't lose faith. He is second at 34 points to Fabio Quartararo and believes he can get closer. So much so that he does not even co

Alex Espargar don’t lose faith. He is second at 34 points to Fabio Quartararo and believes he can get closer. So much so that he does not even consider that at the end of the course he will finish beyond the top three. He is confident in his pace for the Assen event.

Doubts with the tires.

“My idea was to do six with the medium and six with the soft, but Antonio has asked me if I was comfortable with the soft, with a full tank, to go all the way. On lap 7, I saw that this tire did not practically nothing fell. I decided to do a couple more laps and I saw that it still didn’t fall. That’s why I decided to go to the end. Last year, Marc (Márquez) and Nakagami had a very good race on the soft, so I decided to insist because The medium didn’t give me a very good feeling. Here you can go flat out from lap 1 to the last. It’s been a lot of races since we couldn’t. That’s very positive”.

“In Barcelona, ​​it was my mistake, my tire didn’t go down and I lost the race in the first few laps. In Germany, I had more consumption than them. I had a bad race for the front, but at the end of the race, I didn’t have much traction. The Yamaha seems to have something more at the end of the race than us. Here the tire doesn’t fall off. Hopefully I can stop it.”

“More feelings, even in races where I’ve been on the podium, like Le Mans or Mugello, I didn’t have the feelings I have in Assen. I think I’m very fast in all the laps, constant. The problem is that Jorge (Martin ) and Bezzecchi, who slipped in front of me, who I think don’t have the pace of Pecco and Fabio, so we’ll have to try to overtake quickly, but I think I have a very good pace.”

Think of the World Cup.

“Of course I want to win, but at this point in the World Cup, it’s very important to be ahead of Fabio and cut him down. I would really like to go on vacation with less than a grand prix difference, a lot”.

“We have to stop Fabio, we can’t let him go at the beginning of the race, otherwise the race is lost. Of course he’s going to try, but our work, Pecco’s and mine, I think we’re the two with the best pace It has to be trying to stop him from the start because then you don’t catch him. Even if you have a very good pace… if he’s already put two seconds on you, you don’t catch him, it’s impossible”.

“As in all races, they go very fast in one lap, they are constant, there are always one or two drivers who have a very good pace… Bezzecchi’s year is not being super spectacular, but it seems to me that it is going very fast , only the level this year is unreasonably high.”

Messages in the Security Commission.

“One hundred percent of the drivers who were in the Safety Commission said that if it becomes a race, it was a red flag, you could not race, but it is true that not putting a red flag in a first free practice is not that serious either. It’s as easy as doing what I did: you stop in the box and that’s it. so obvious.”