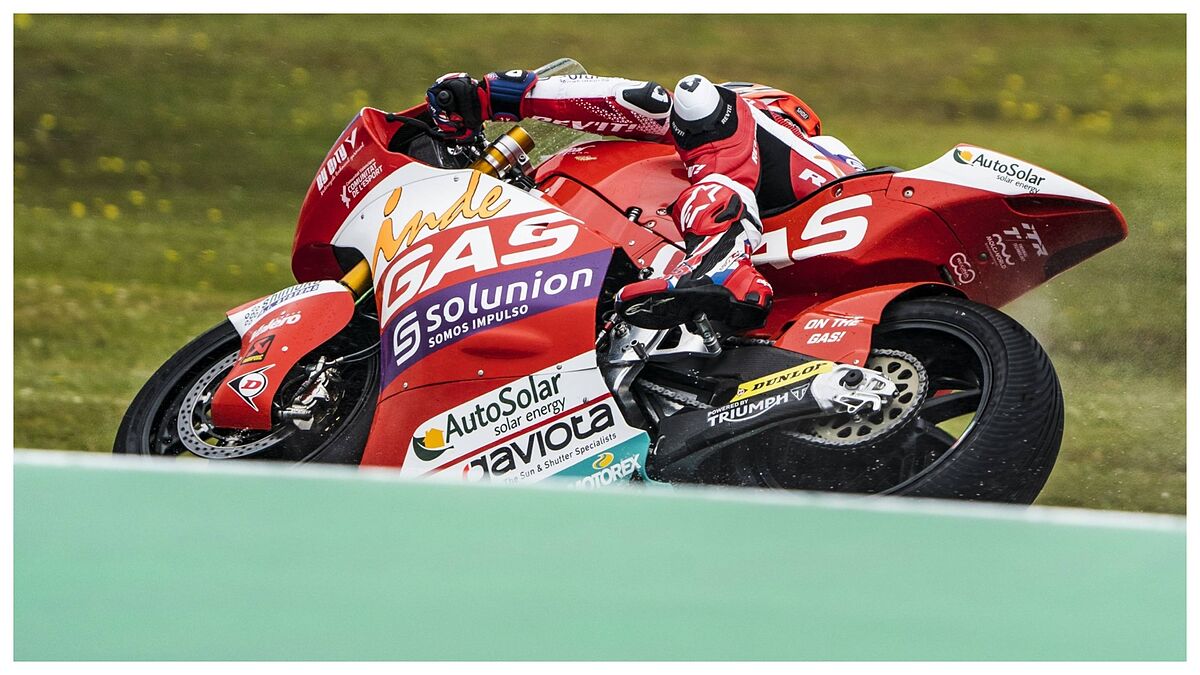 Jake Dixon achieved his second pole position in Moto2 in Assen. He took it from Arenas. Very good Alonso López and Navarro. Augusto, in front of

Jake Dixon achieved his second pole position in Moto2 in Assen. He took it from Arenas. Very good Alonso López and Navarro. Augusto, in front of Vietti.

Arn Canet was withdrawn due to problems with his nose. “I went to have it cauterized, but it got worse. I didn’t feel any more pain in my life, I got dizzy on the bike,” she said. She bled a lot in the third free practice and she had to go home.

Pedro Acosta did not compete either. They operated on him for the fracture of the left femur and he is already in the recovery phase.

Conditions were uncertain. It rained a bit just before, but it dried up. It was 21 degrees in the environment and 28 on the asphalt. That’s why everyone came out with smooth tires and forced from the start.

in the beginning of the Q1, Aldeguer had a technical problem with the fuel pipe. Luckily, he was able to get back to the box quickly, they fixed it and he came back quickly.

Jorge Navarro took command early. Then, when he was getting better, he ran into Barry Baltus who was in his way at the chicane. His anger was tremendous.

As usual, there were different strategies, with some stopping to change tires and others doing the entire session without cutting.

Aldeguer, after his initial setback, was one of those who did not return to the box and rose. Navarro improved twice in a row to allow himself a quiet ending.

Manu González made a final effort with a reward by getting in… at the expense of Aldeguer. Excellent Madrid. Baltus also threw Dalla Porta on the horn. They passed: Navarro, Zaccone, González and Baltus. Aldeger will come out 20; Ramirez, 22; Jeremy Alcoba, 23 and Lex Toledo, who replaces Gabri Rodrigo, 26.

In Q2, Moto3-like moments are experienced at the beginning, with several waiting. Navarro pulled the knowledge of the track to take command.

the leader, Vietti, he was going to the ground at turn 3. He had set a time, like sixth, but this made things very difficult for him.

Sam Lowes he put himself first… and got angry with his fellow Treeling.

Augusto stopped in the pits to change tires. He was in need of a good turn to move up mid-board.

Albert Arenas was improving, was in traffic at the final chicane, but beat Lowes by 20 thousandths. But the first pole of his life had to wait. It was taken from him… his partner Jake Dixon for 11 thousandths.

“He has stolen it from me, but I’m happy for the team,” said the man from Girona.