GP Netherlands MotoGP 2022: Honda doubts if it follows Yamaha to get out of its crisis 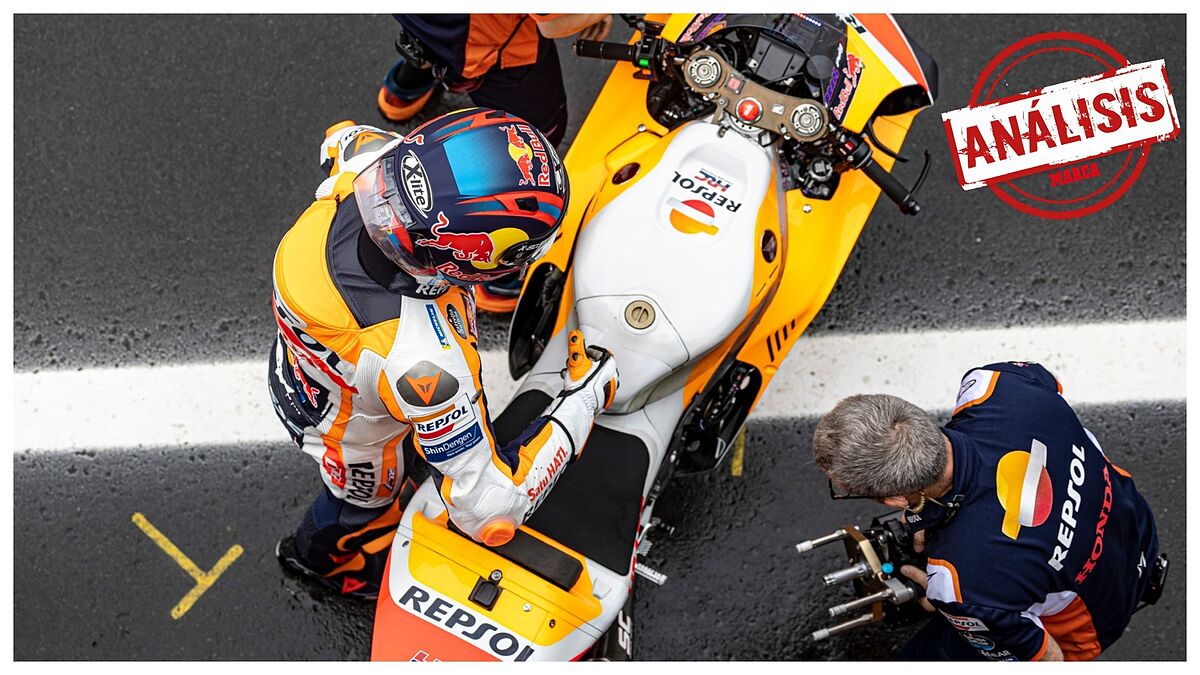 Honda is in the corner of thinking and seems to spend a good time there. All for a crisis that has no end. "It all started with Marc Márquez's ac

GP Netherlands MotoGP 2022: Honda doubts if it follows Yamaha to get out of its crisis

Honda is in the corner of thinking and seems to spend a good time there. All for a crisis that has no end. “It all started with Marc Márquez’s accident in Jerez 2020, until then everything was going well,” he says Alberto Puig, the director of Repsol Honda. That fall has been that of a giant, the most successful brand, with three victories in three years, the three of the eighth champion in 2021.

The HRC figures in 2022 are being dramatic. In the brand contest, it is last, with 85 points and further and further from fifth, Suzuki, already 16 points behind. In the team classification, their official line-up is ninth, 113 points behind Aprilia, the team with the lowest budget. And in drivers, although it sounds strange, his best contender is still Marc, with just 60 points, 112 behind Fabio Quartararo and with only six races played and five blanks. At Assen, Nakagami, 12, was his best driver.

not knowing how to get out

Perhaps the big problem with Honda is that they don’t know how to fix the complications. Puig was resounding. “It has not been a good season. Clearly, we are not competitive and we have to improve. It can be said in many ways and extended in explanations, but the truth is that. In the history of Honda there have been good and bad moments and now it is a bad timing everything It is a consequence of not having found what we were looking for with the 2022 Honda. We know where the problem is, in the chassis, but we don’t know how to fix it.”

That is why, at this point where they do not advance, it is time for a deep reflection. “We have to change our way of thinking a bit. The key point in not stopping fighting. Probably, we should do a big analysis why we are not competitive”, Puig released in Assen. The Japanese bosses are already on it.

But what is that change in thinking? In the Netherlands, the former pilot was asked about active and passive and it was not clear. “All human beings, when something goes wrong, they change. There are many things, the current situation must be modified”, he released. As MARCA has learned, there are voices calling for an open mind at Honda Japan, for some parts to be ‘outsourced’, get help from outside to improve things like the ‘holeshot’ (device to lower the height of the bike), but convincing the Japanese is not easy.

Proponents of this change look to Yamaha. They have accepted a collaboration from outside, such as, for example, with the hiring of Luca Marmorini, a former Ferrari F1 engineer, to improve his engines. The Italian is focused on the 2023 one, but gives ideas for the current M1, although by regulation the propellers cannot be touched.

Three of the current four will not continue. Only Marc Márquez will continue, with a contract until 2024. His brother, Lex, has already been confirmed for Gresini Ducati. Pol Espargar has an agreement with KTM to go with Tech3 and Takaaki Nakagami is aiming for a tester. Joan Mir, Lex Rins and Ai Ogura will arrive.

Marc’s good recovery boosts morale in HRC. It is not expected to arrive at the Misano test, where the first sketch of the 2023 mount should arrive, but later. I can lead the way. “The doctors are happy and every day that passes is more positive,” indicated Puig.