GP Netherlands MotoGP 2022: The insatiable Aegerter reinforces his leadership in MotoE after winning in Assen 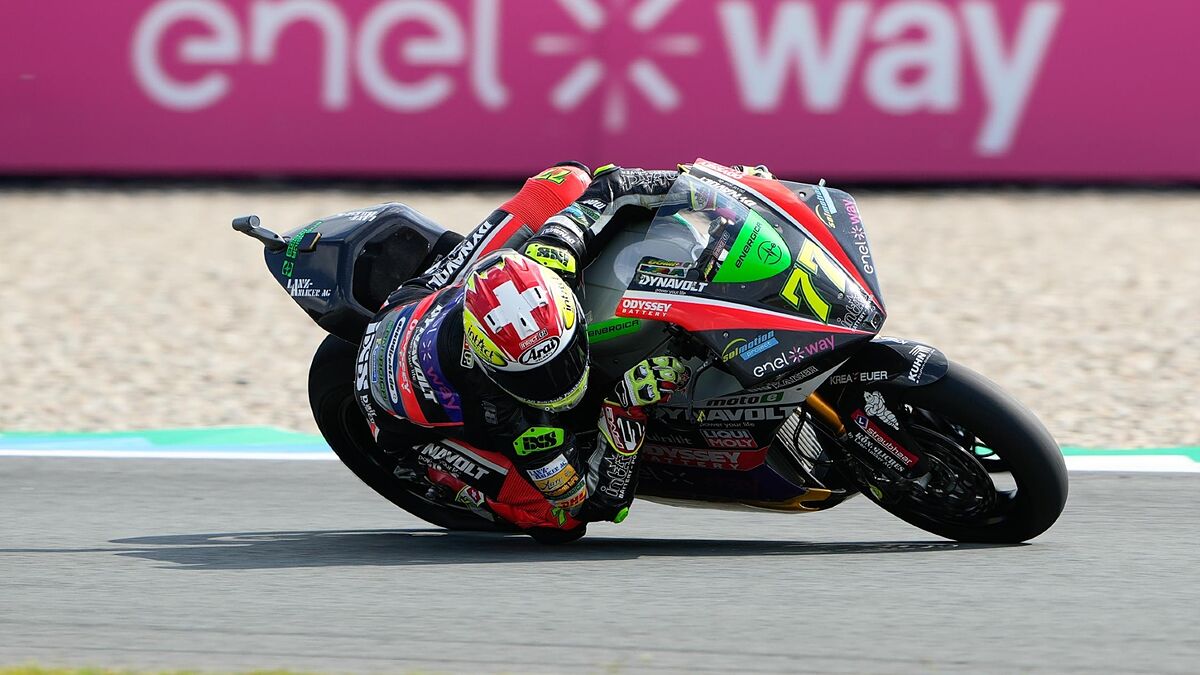 Dominique Aegerter He took victory in Assen in what was, without a doubt, the best race of the season in the electric championship. The fierce fig

Dominique Aegerter He took victory in Assen in what was, without a doubt, the best race of the season in the electric championship. The fierce fight for victory has been tremendous until the last breath. The Swiss, who is showing ruthlessness this year, takes another step forward to take the title. With his 148 points at the top of the leaderboard, he is already 34 out of Eric Granado and 42 to Matteo Ferrari.

Precisely, the output of ferrari it has been flawless. The Italian has been leading from the first moment, but his has been a mirage. At the start, Aegerter and Granado followed in the footsteps of the Felo Gresini rider. While, Mattia Casadei He has joined the group of contenders to take the win on the iconic track in the Netherlands. And, curiously, the three Ferrari pursuers are the ones who later played for victory.

Hostilities have begun with five turns to go. Granado, with enough pace, has passed the leader of the electric championship. The Brazilian has thrown himself on top of Ferrari. And in a blink of an eye he has put himself first. But the first MotoE champion (he won the title in 2019) has not been satisfied. The fight has been so intense at the front that position changes were constant.

Quietly, Marc Alcoba it has been planted near the posts that give access to the podium. There was almost nothing left in this eight-lap test and the Spaniard had clear options to show off. At the head of the race, meanwhile, there had been a total turnaround. Casadei came to the end leading, with Aegerter and Granado behind.

In the final lap of the first MotoE event in Assen, Alcoba crashed at turn 15. While the fight for victory was brutal. Aegerter has been able to win ‘in extremis’, with Granado and Casadei remaining behind a leader of the Electric World Cup who is going to leave for the summer break without anyone being able to take first place. Tomorrow it will be necessary to see if he is capable of repeating victory. Seeing the state of form in which he is, it would not be surprising.