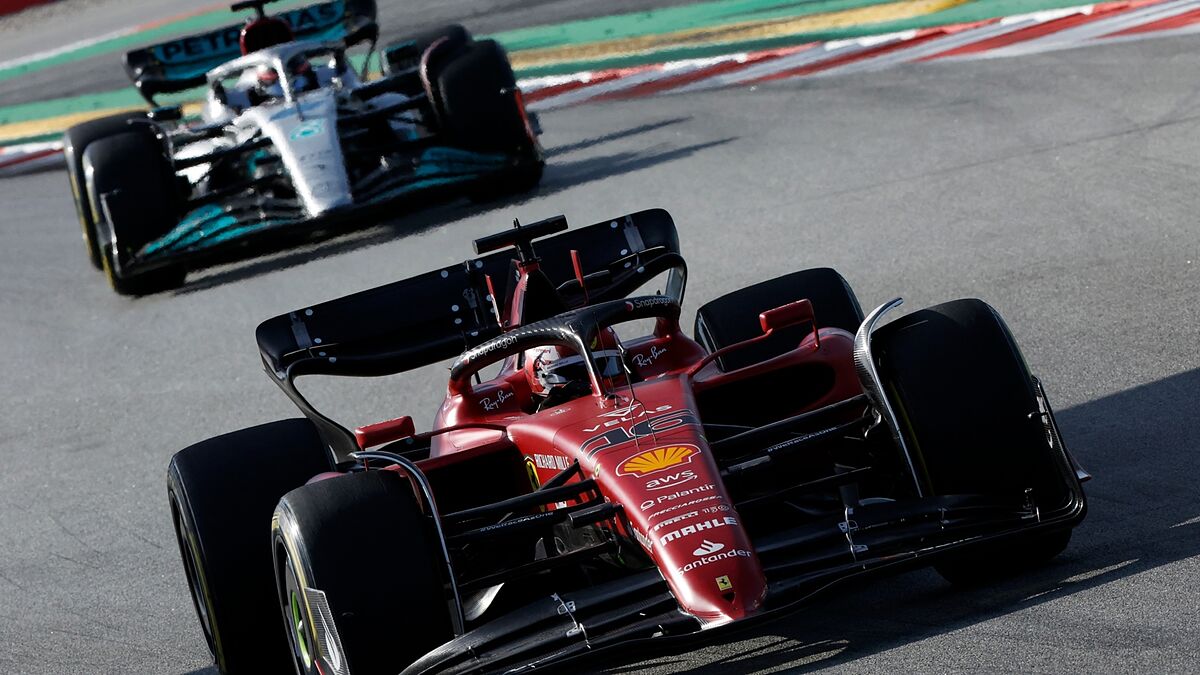 Nobody has been able to stop Charles Leclerc during this weekend. The Spanish Grand Prix it is being painted in the colors of Ferrari in the wake

Nobody has been able to stop Charles Leclerc during this weekend. The Spanish Grand Prix it is being painted in the colors of Ferrari in the wake of the Monegasque driver who has won the first three practices. Today, in the third that gives rise to the qualy, Charles didn’t need many laps to beat Max Verstappen, his teammate, Carlos Sainz and the two Mercedes. For his part, the Mexican Sergio ‘Checo’ Prez finished in sixth position.

It should be noted that andhe day started out quite hot and not only because of the high temperatures, but because Mick Schumacher’s brakes began to burn, while Pierre Gasley from Alpha Tauri also reported engine failure.

After the first failures and after 15 minutes, Charles Leclerc and Carlos Sainz stayed together in two tenths followed by Valtteri Bottas and Fernando Alonso. In turn, the first attempt Lewis Hamilton was done without opening the DRS, and moved up to sixth. He didn’t work for him but to Russell if he rose to third, although not less than half a second behind the Ferraris. Then Lewis tried again on softs and the DRS was fixed and he followed George and sixth. He didn’t put up a second game. Better time but falling to 7 ahead of his partner and compatriot. Until Russell took a leap and placed second with his second set of new soft tires, just two tenths behind Leclerc and ahead of Sainz.

The world champion, Max Verstappen, appeared after 25 minutes, left over. Second millisecond ahead of Carlos. He doesn’t need much more. With the second game in the final rush he placed second at 72 thousandths.

While with the second game and last lease, Hamilton moved up to fourth a thousandths of Russell, who remains slightly ahead all year. Sainz placed fifth three tenths behind his partner. In turn, the Mexican pilot Sergio Prez took sixth place when using the soft compound at all times. Checo totaled 1,20,260 to close the ‘little train’ of the three most important teams (Red Bull, Ferrari and Mercedes).

Loading...
Newer Post
4 players available in the NBA who could make a good pair with LeBron James
Older Post
Andy Ruiz shows off his millionaire mansion and his luxurious collection of cars