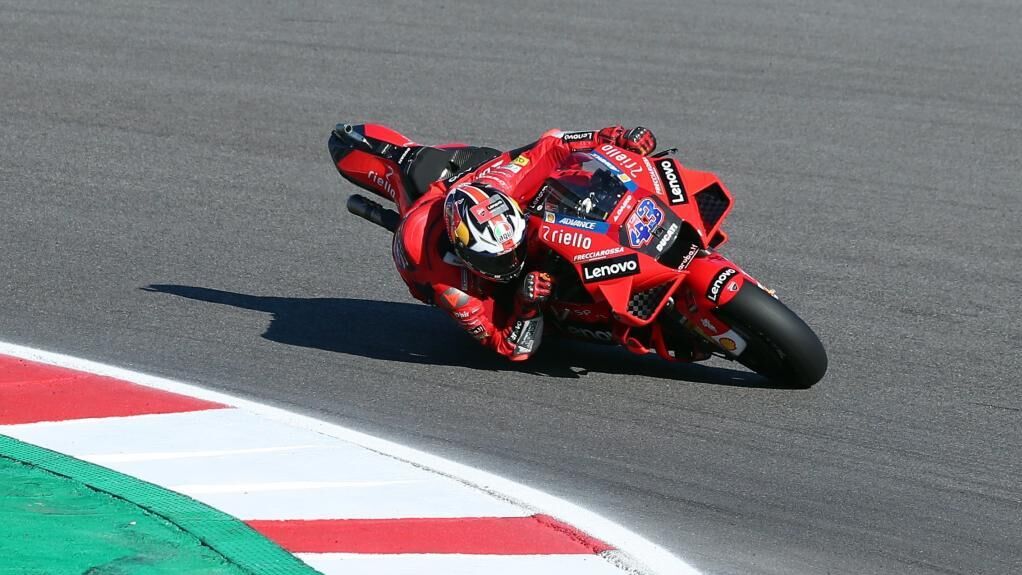 Jack Miller set the best time on Friday of the last grand prize of the year, in Valencia. The Ducati runs wet and dry.

It had stopped raining and the track was drying up. There was still some humidity, but it was gradually improving.

They all came out already with smooth rubbers. They were looking to test the tires for the race.

Fabio Quartararo, who already fell in the Algarve test, was going to the ground at Turn 2. He was ahead of him, but got up without complications. He was even able to take his M1 back to the box.

Pecco Bagnaia stood in front. The turins is still sweet and the Ducati is more than possibly the best bike. Casey stoner, who already acted as a ‘coach’, an assistant on the track, in the Algarve, continues with these tasks in Cheste.

Joan Mir continued to offer good feelings. In the wet he already had a more than decent performance and in the dry he was even better. It was put second.

Frank Morbidelli showed that he is overcoming his injury in the knee. He was in command. Without water, the Yamaha does very well on this track. And he, too. Not in vain Franky won one of the two races in 2020.

The Honda also grew. Everyone admits that not having Marc Mrquez is a stick, but they see options to have a great result.

Enea Bastianini fell, of course, at turn 2. He got up instantly. The Italian plays the rookie title of the year in Valencia with Jorge Martín. At the moment, Iker Lecuona was going to the ground, in your case at the seventh angle.

With 12 minutes to go, practically everyone stopped to put on the softer compounds. They wanted to ensure a good time. The forecast does not give rain for Saturday, but the third free, the one that gives access to Q2, may be very cold and humid, so it is not certain that the times can be improved.

The first to improve and raise the bar was Jack Miller. Everything was accelerating. Many grew up. Like Pol Espargar. Already with the KTM, in the wet, he made the podium.

Bagnaia was back in his head, but Miller instantly took it from him. Pol couldn’t beat him, he went to the ground at turn 6. The yellow flags went up and several had to cut gas.

In this way, the times were hardly altered. Miller kept the first place. Martin climbed, like the Suzuki.

Quartararo’s anger was enormous. It was left out of Q2, temporarily.