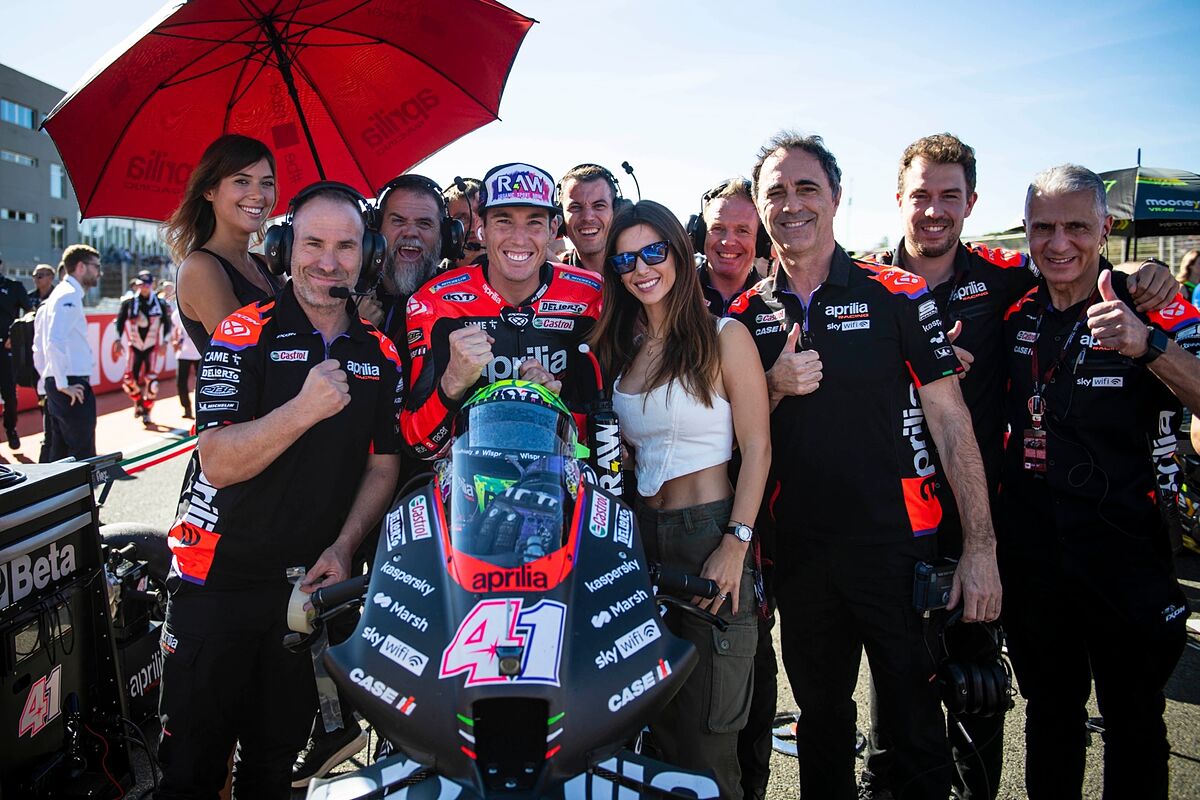 Alex Espargar He has been one of the great protagonists of the MotoGP season in 2022. He achieved his first victory, in Argentina, and throughout t

Alex Espargar He has been one of the great protagonists of the MotoGP season in 2022. He achieved his first victory, in Argentina, and throughout the course he was among the best, even dreaming of winning the title with Aprilia, the most modest factory. However, after Aragón, on the transoceanic tour, everything fell apart.

The culmination was in Valencia, when the player from Granollers was playing for third place in the final classification against Enea Bastianini and had to leave due to a technical problem. His disappointment was absolute and I reflected it in his statements.

“It has been a very disappointing end to the season. I have given everything, for me it really was a dream to be able to fight for the third position in the championship. On Saturday night I couldn’t sleep, I knew I had a good chance because I was fast and Enea It wasn’t that great, so I had a good chance despite how the last few races had gone. However, the engine failed, I had to retire and it’s a shame.”

“I don’t know what happened, I think it’s the worst day of my sports career, without a doubt. Finishing in the top three was a dream. So I don’t know, the engine has broken, I don’t know why, but that doesn’t change very much how I feel at the moment.”

balance of the year

“It is true that we have had a historic year, very good, we have improved a lot seeing where we came from. Last year we celebrated a podium as if it were a World Cup. This year I have won a race, I have done podiums, poles, but the last part “It has been impossible. We have tried everything, but the two riders have been very far. There are times in this sport that it is not only the Indian, but also the arrow, and Aprilia has not accompanied us, we have to improve if we want to be with those in front.” “.

“I know that every year I have to pass an exam, probably because I don’t have a record or I don’t have any other motorcycle than an Aprilia, but every year I have to prove it again. Nobody trusted last year that I was going to make a podium and I did it. Nobody trusted this year that I was going to win a race and I did it. The only thing I can say is that I am super proud of the year I have done. I don’t know if there is another driver who has done it, but I haven’t made not a single mistake all year, 21 races without going off the track and without a single crash, and that is something very difficult, I have passed 200 points, I have shown that I am at a very high level, the best of my sports career, and next year I will try again”.

Loading...
Newer Post
The NFL Playoffs 2022-2023, at the moment: classified teams, games and crosses for the postseason
Older Post
NBA Summary | Aldama continues to contribute in a new victory for the Grizzlies; Cavs stop LeBron