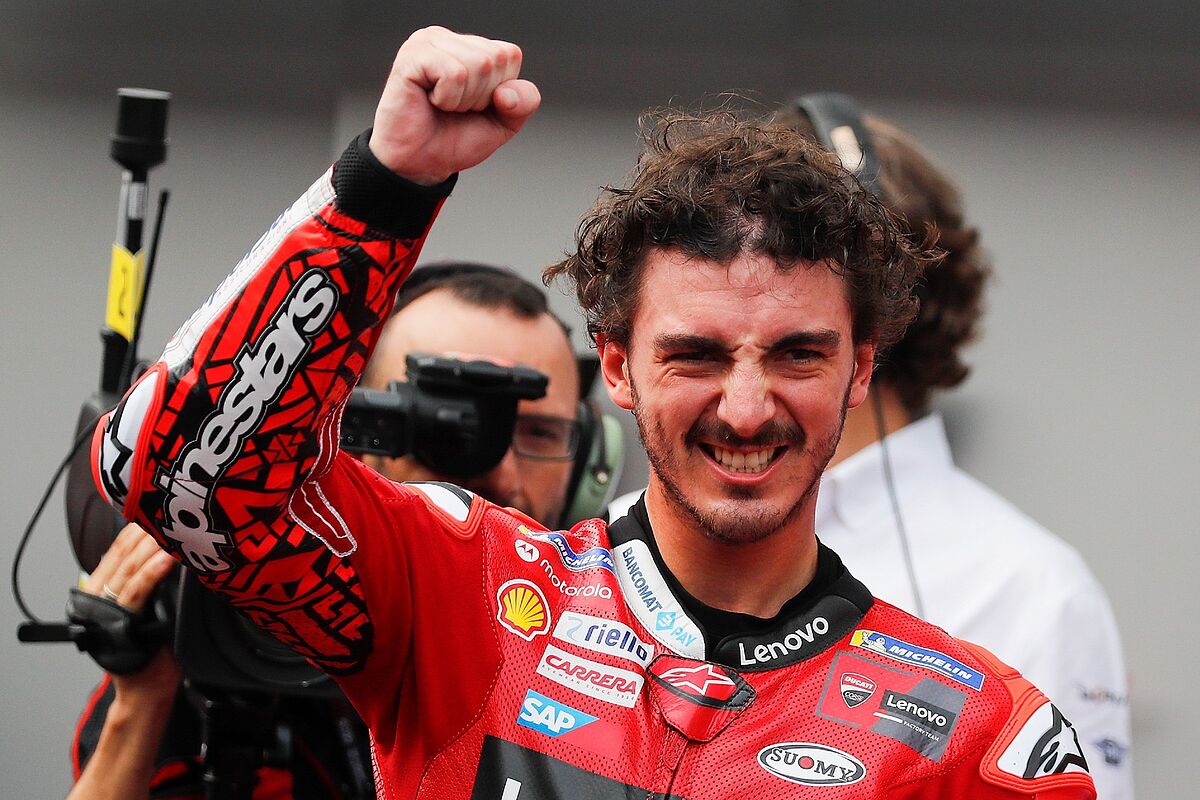 ANDin 2021, Pecco Bagnaia stayed at the gates of being MotoGP World Champion. Quartararo he finally won the title after a brilliant season and lef

ANDin 2021, Pecco Bagnaia stayed at the gates of being MotoGP World Champion. Quartararo he finally won the title after a brilliant season and left him with no chance of fulfilling a dream that this year is closer than ever. They two are the only ones who still have a chance of being champion.

In the fight they were also Aleix Espargar and Enea Bastianini, but they arrive at this last appointment of the World Cup without options after the results of the last races. Both are 46 and 47 points apart respectively and it is already an insurmountable difference. Of course, it seems that the fight between them for the third position in the World Cup could be interesting.

The distance between Pecco Bagnaia and Fabio Quartararo are on 23 points with the last race remaining of the MotoGP World Championship, which is being held this weekend at the GP of the Valencian Community. The comeback of Ducati It was spectacular, since in the middle of the season it seemed almost impossible that it could be taken from the one who was the undisputed leader at the time. This means that practically everything is in order for the Italian to finally win the long-awaited title.

Quartararo will only have options to take it from him in the event that he achieves victory and adds 25 points. Then, Bagnaia would either have to not score or, at most, finish in fourteenth position. Any other combination of results raises the Italian as champion.

In the event that he stayed in 14th place and Quartararo won, there will be a tie at 260 points. But that does not mean that the World Cup cannot be resolved. The Italian will win, since he accumulates eight victories for the three of the Yamaha.

How many points are distributed in each race?