Granada hosts these days the presentation of the Solheim Golf Cup 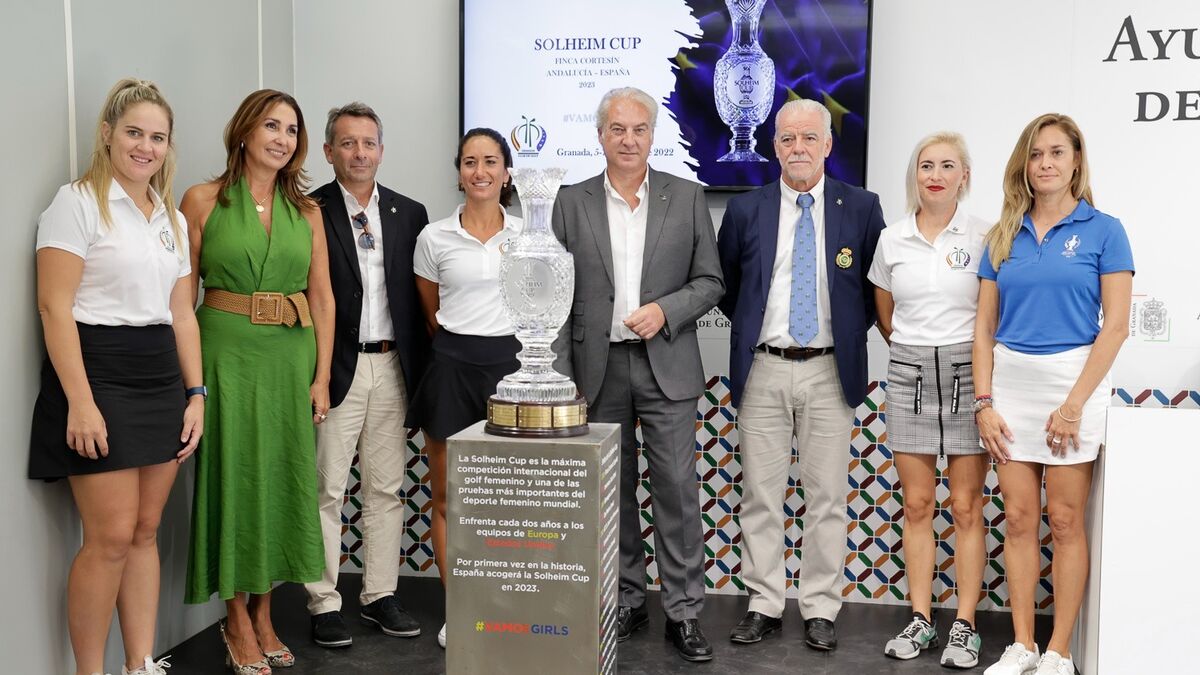 Granada welcomes during these days the presentation of the Solheim Cupthe most important women’s golf trophy in the world that will be played in September 2023 at the Finca Cortesín Club in Casares (Málaga).

This is a competition declared of exceptional interest, which is held in parallel to the Ryder Cupand that faces two teams from Europe and America, reported the Granada Club de Golf, which has organized the presentation events in Granada.

The Councilor for Sports of the Granada City Council, Jose Antonio Huertaspointed out this Tuesday at the reception that took place in the Granada town hall that the Solheim Cup is “along with the Olympic Games, the most important event in women’s golf.”

Huertas highlighted “the great work that is being carried out in Andalusia and Granada since Grenada Golf Club for the promotion of golf and to spread its values”.

Anna Carrasco, the ambassador of the tournament, stressed that “this event will serve to promote women’s golf”, recalled that it is played “with the same rules as the Ryder Cup” and that for the first time it will be held in Spain, from September 18 to 24 of 2023”.

Joseph Louis Martinpresident of the Granada Club de Golf, described the activities that are taking place these days in Granada as “the starting signal for the Solheim Cup”.

This same Tuesday there have also been receptions for the Organizing Committee of the Solheim Cup by La Alhambra of Granada, the Junta de Andalucía and the University of Granada.

The presentation acts are completed with a round table entitled ‘Women in professional sports’ in which different local athletes are going to participate and a golf tournament to be held this Wednesday, a competition open only to women, boys and girls in which almost a hundred people are expected to participate. golfers.