Grant Williams: The Warriors weren’t the best team in the NBA Finals 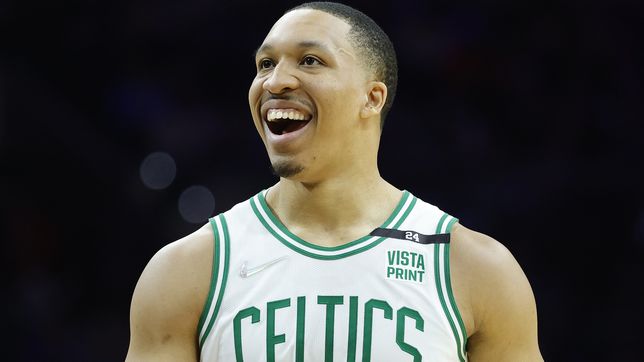 Just over a month ago, the Warriors defeated the Celtics to be crowned NBA champions for the seventh time in their history. Despite the fact that

Just over a month ago, the Warriors defeated the Celtics to be crowned NBA champions for the seventh time in their history. Despite the fact that Golden State only needed six games to be crowned, in Boston they believe that the San Francisco organization did not deserve the title.

In an interview for the podcast “The Long Shot”, by Heat member Duncan Robinson and Davis Reid, Grant Williams assured that the Celtics were the best team that played in the NBA Finals.

“When I reflect and think back on those games, I still say with confidence that the Warriors were not the best team,” he said.

Here’s Grant’s full response reflecting on Finals. Notes Warriors were screaming after stealing Game 4. And compares it to Boston vs. Miami in Bubble ECF. pic.twitter.com/yC8gYAgv1g

Likewise, Williams added that the factor that led the Warriors to the title was discipline. While Boston averaged 16.8 turnovers per game, Golden State only had 13.8 per game.

“I would say they were the most disciplined team. Definitely. When you see the videos, we were leading on both ends of the floor or with the chances,” he explained. “We had streaks and the next thing we knew we were turning the ball over three times because we missed three shots.

“Instead of getting the reads right, because we were missing shots, we were starting to force things,” he added. “The discipline of making the right play over and over again, we didn’t play like that, while they played the same no matter what.”

YOU MAY BE INTERESTED: Stephen Curry is the seventh basketball player with four NBA titles and two MVPs

The remarks of Warriors reached the ears of Stephen Curry, who through his social networks published a photo of himself in the barber with the caption “A very disciplined cut”, as a mockery.

The Warriors, against the Celtics fans: “Are they not human?”
NBA: A study among 112 NBA players reveals that when they tweet at night they play worse
PlayOffs NBA 2022: Grayson Allen, the bad boy of the NBA, brings out the colors of the Bulls with the worst beating in their history in the playoffs: -30 !!
NBA 3135