Grassroots football beats covid by a landslide in the Cajasur Cup 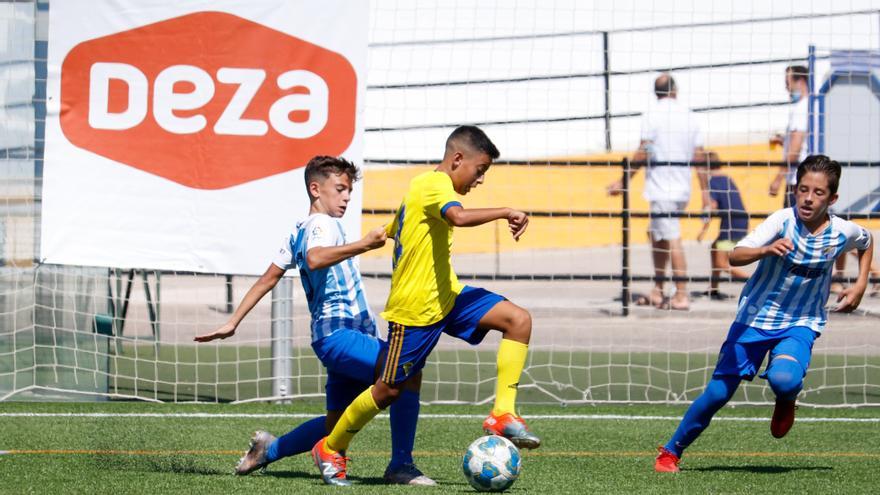 A Cádiz player is pressured by his Málaga counterpart in the Cajasur Cup.
Juan A. Jimenez

Under strict anti-Covid security measures, the best grassroots football met in the Cordovan towns of La Rambla and Santaella. Hundreds of kids, from 7 to 11 years old, enjoyed great matches where quarries from all over Andalusia, Extremadura and the Valencian Community competed in very high level matches.

Sevilla FC was proclaimed champion of the Alevín category in the 8th edition of the Cajasur Cup. Juan A. Jimenez

Real Betis Balompié was proclaimed champion of Prebenjamín at the Santaella headquarters. Juan A. Jimenez

In a few days of pure football, the so-called “greats” were surprised by the rebellion of the modest and thus Granadal Figueroa and La Mosca Málaga reached the final Prebenjamin from La Rambla, where the Cordoba team won; while in the same category, but in Santaella, Real Betis defeated Córdoba CF.

On Benjamines, whose Final Phase was held in Santaella, there was a double Valencian-Andalusian confrontation in the semifinals. Valencia-Real Betis (2-1) and Málaga-Villarreal (5-2) had two very exciting matches, with Valencia CF and Málaga CF qualifying for the final. In the stellar match, the ‘che’ team won 1-0 in a very close match.

Valencia CF won the Benjamin category, whose final phase was played in Santaella. Juan A. Jimenez

On the day of greatest expectation in the stands, destined for the category Fry and held in the town of La Rambla, Andalusian clubs were the majority in the honor roll, reaching the final Sevilla CF and Málaga CF leaving Valencia and Real Betis on the road. With a majority in the stands, the Sevilla fans won the tournament in a close duel against the Malaguista team. It should be noted that this same Sevilla team, which has Fernando García and Dani Romero from Cordoba in its ranks, was the same one that prevailed in the previous edition, in 2019, in the Benjamin category.

Pedro Campos, former Córdoba CF captain and member of Rafa Benítez’s technical team, was the godfather of honor at this eighth edition of the tournament.

Tags: Soccer, base, covid
A chaos, the disorder of football
Golf: The European circuit escapes from South Africa before the advance of the new variant of Covid
Daniel Sosa wants to reach the Olympic Games
FOOTBALL 3196