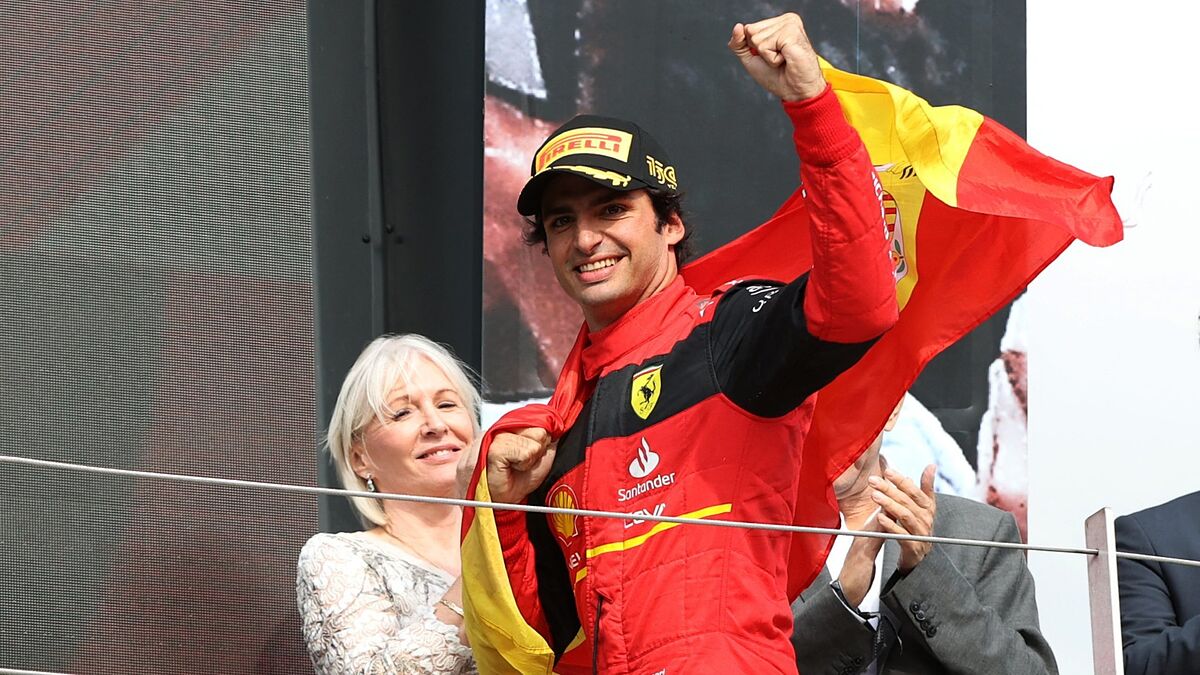 CCarlos Sainz is happy for his victory at the British Grand Prix, his first in Formula 1, in a place as special as Silverstone.The Ferrari driver f

CCarlos Sainz is happy for his victory at the British Grand Prix, his first in Formula 1, in a place as special as Silverstone.

The Ferrari driver finished effusive and beyond excited, by winning the victory in a spectacular race, which had a bit of everything and in which on three occasions the glory seemed to slip from his hands.

“It’s incredible! To achieve my first victory in Formula 1 and with Ferrari. You can already imagine the kind of feeling this provokes.

“I don’t know what to say, it’s incredible. It’s my first victory, 150 races later, with Ferrari, at Silverstone, The truth is that you cannot ask for more. It is a very special day that I will never forget and a very special weekend in general”, mentioned Carlos Sainz at the end of the race.

The Spaniard accepted that reaching the top of the podium was not easy, having to overcome a series of situations to achieve it.

“It hasn’t been easy, I had problems with my balance, especially in the first stint with the medium tyre. Max (Verstappen) has forced me in those high speed corners and I have held As I could, I believed that I could get into the race”.

He added that the safety car gave him a second chance: “You can imagine the nerves with that highlight after the safety car doing it and getting that victory.

“Silverstone is a special place and Thank you to all the fans for being a part of it and cheering me on.” finished the winner of the Grand Prix of Great Britain.