Great Britain GP F1 2022: Piquet apologizes to Hamilton and accuses a ‘bad translation’ after the total rejection of F1 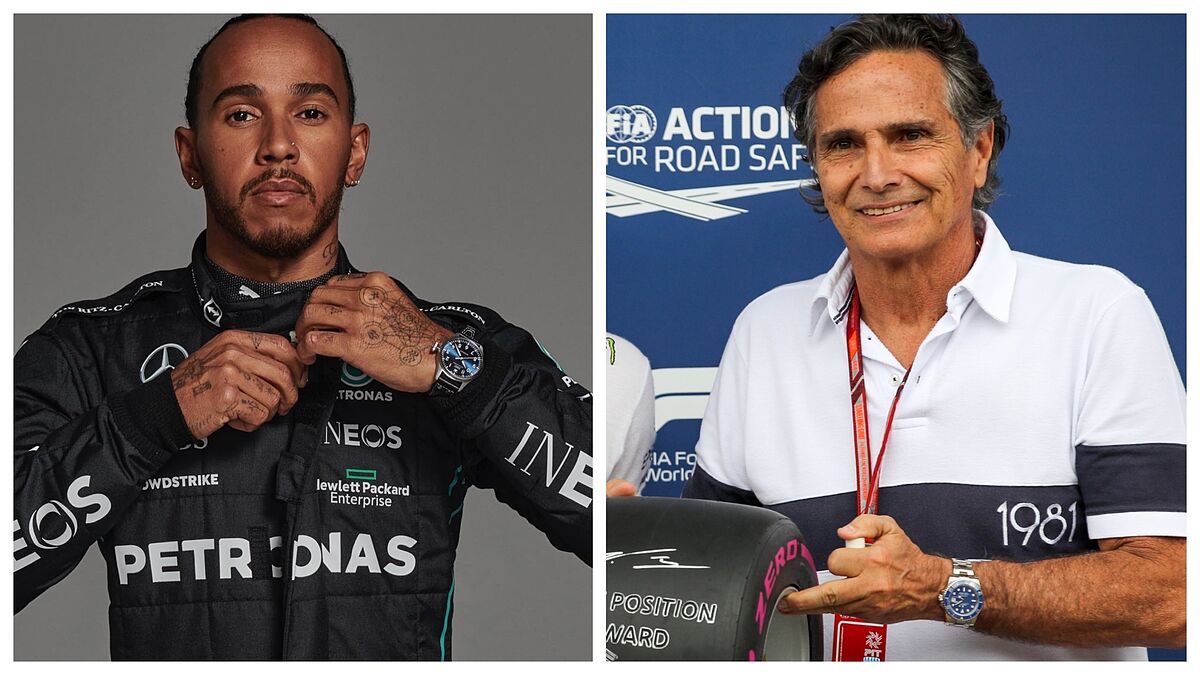 Great Britain GP F1 2022: Piquet apologizes to Hamilton and accuses a ‘bad translation’ after the total rejection of F1

LFormula 1 returns this week with the British Grand Prix under a rarefied atmosphere caused by a Nelson Piquet’s derogatory reference to Lewis Hamilton. An issue that has become a viral phenomenon and has triggered an avalanche of meetings both inside the ‘paddock’ and outside.

Piquet called Hamilton a ‘black’ during an interview in which he was asked for the Silverstone 2021 incident with Max Verstappen), after which it has decided to issue a statement in which He publicly apologizes to the Mercedes driver for a misunderstanding.

“I would like to clear up the stories circulating in the media about a comment I made in an interview last year. What I said was poorly thought out, and I am not defending myself for it, but to clarify that the term used is one that has been widely and historically used colloquially in Portuguese as a synonym for ‘type’ or ‘person’ and was never intended to offend. I will never use the word I am accused of in some translations. I strongly condemn any suggestion that the word was used by me for the purpose of disparaging a pilot because of the color of his skin.”

“I sincerely apologize to anyone affected, including Lewis, who is an incredible pilot, but the translation that appears in some media and that is now circulating on social networks is not correct. Discrimination has no place either in F1 or in society and I am pleased to clarify my thoughts on this,” said the Brazilian driver.

This apology comes when He has been criticized from all sides. DIt is from soccer players like the ex-Madridista raphael varane who have openly supported the heptacampen (“There is no place for racism in any sport, industry or lifestyle. Lewis continues to shine as much as usual. I’m on your side”, said the now Manchester United center-back. And even writers like Paulo Coelho, which has been very eloquent on social networks. “Dear Lewis Hamilton: Piquet is currently the driver of the worst president in our history. His racist comments show the desperate need to return to the spotlight. I apologize on behalf of the Brazilians, who respect you and love you“, has shared.

Ban Piquet from entering the paddock

In ka F1 there are even harsher thoughts on Piquet. “I don’t think Piquet is welcome if he shows up in the paddock.. Your statements are off the mark. Although there are possible misunderstandings in the difference between the Brazilian language and ours, it is something that requires an apology, although I don’t know what kind of apology would be enough. It’s very sad, really. Poor Lewis for having to put up with this constantly. He has ruined his experience as an F1 driver, perhaps more than we will ever understand. This has been a case where there is verifiable evidence that something was done and said,” warned the 1996 F1 world champion.

This reflection is in connection with what ‘BBC’ sources affirm. According to the British media The Brazilian’s access to the F1 paddock will be prevented.

Tags: Claro-MX/Engine/Formula-1
Canadian GP F1 2022: Max Verstappen enters the top 10 of most victories in the history of Formula 1
F1 2022: The day that Helmut Marko and Red Bull were able to sign Pato O’Ward for Formula 1
F1 2022: Red Bull will analyze the performance of Checo Prez and Pierre Gasly
FORMULA 1 1973

Loading...
Newer Post
Which players have been on the most teams in NBA history and who have they been?
Older Post
Primera RFEF: Which ‘modest’ football teams will play in the 2022/23 Copa del Rey?