Great Britain GP F1 2022: The Halo is once again the protagonist in F1 by saving the life of Guanyu Zhou 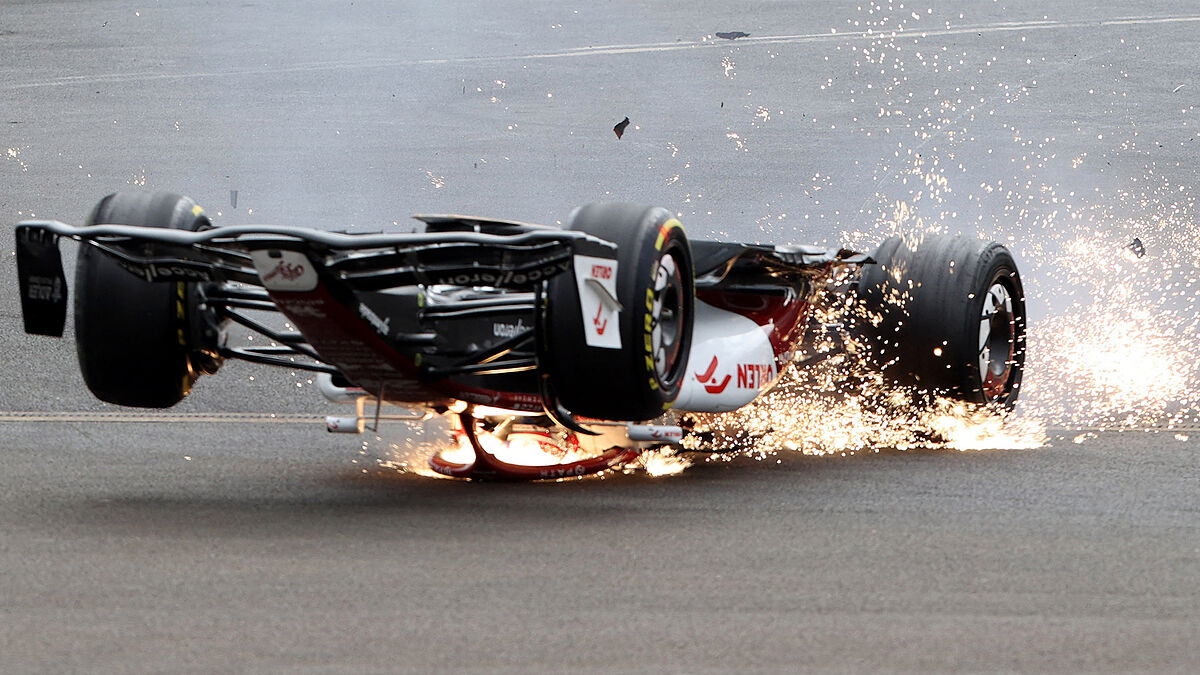 Impressive images were those that were experienced at the start of the Great Britain Grand Prix,when George Russell suffered a contact in the rear

Great Britain GP F1 2022: The Halo is once again the protagonist in F1 by saving the life of Guanyu Zhou

Impressive images were those that were experienced at the start of the Great Britain Grand Prix,when George Russell suffered a contact in the rear of his car and Guanyu Zhou’s car was hit and immediately turned around to start spinning until you reach the protection barrier.

minutes later, the Alfa Romeo squire indicated that the Chinese pilot was out of danger and conscious, to be evaluated at the Silverstone Circuit medical centre.

Since the 2018 season, Formula 1 introduced this safety device, called Halo, precisely to protect the driver’s head, after several tests it was until on July 19, 2019, it was decided that all F1 single-seaters would carry it on a mandatory basis for the following season.

This decision, at that time, was not received in the best way, because the security device was seen as something antistatic and a nuisance for the visibility of the pilots.

But this Sunday, it was demonstrated once again, that what matters most in a single-seater is safety and not aesthetics and Guanyu Zhou lives to tell the tale after the harsh images that he starred in curve 1 of Silverstone.

This morning, at Formula 2, Silverstone witnessed the first miracle of the day, where the Halo was again the protagonist. In the first laps, Roy Nissany, Williams’ reserve driver in Formula 1 and DAMS, closed to Dennis Hauger, the champion in 2021 of Formula 3.

Due to that movement, the Norwegian’s car went off the track and could not regain control, the configuration of the track (banana deterrent) caused his car to rise and he collided his wing with the rival’s car, just above his head.

What is the Halo made of?

The Halo is made of an ultra-resistant material: titanium and is shaped like a ‘and’, so it divides the pilots’ vision in two. This safety device has ability to withstand large impacts and large objects, such as wheels, protective barriers, etc, and, supports up to 12 tons.

The Halo has worked as a security device?

Despite being highly questioned, the Halo has fulfilled its objective. The first to tell is Tadasuke Makino, in the second race of the event in Barcelona of the Formula 2, when he protected him from an accident with Nirei Fukuzumi.

Another of the most remembered is from the Charles Leclerc at the 2018 Belgian Grand Prix, when Fernando Alonso’s car was previously hit from behind and was thrown over Leclerc’s Sauber.

Another example is Romain Grosjean’s hair-raising crash at the 2020 Bahrain GP, where the Frenchman’s Haas was embedded in the guardrails before burning in a bestial way, fortunately the pilot got out on his own foot after several minutes of anguish.

The last time he fulfilled his role was at the 2021 F1 Italian GP, ​​where Lewis Hamilton’s head and neck were spared a tragedy thanks to his presence in his accident with Max Verstappen where the Red Bull passed over the Mercedes.