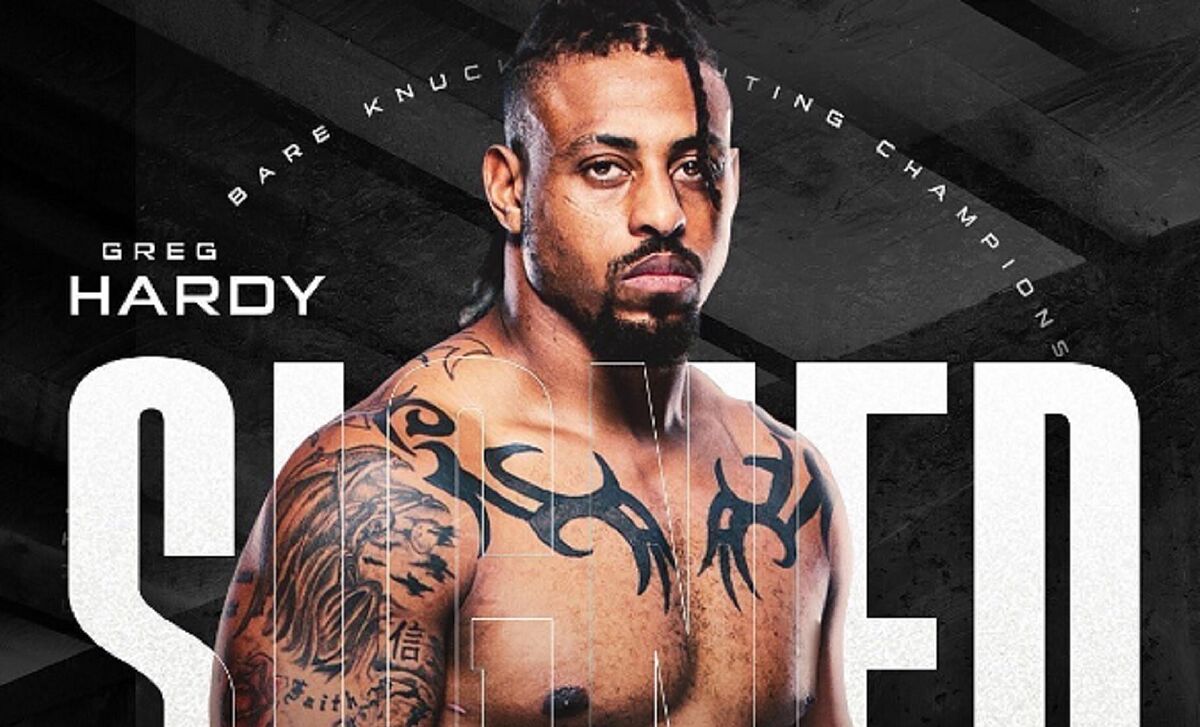 ANDhe former NFL defensive player with the Carolina Panthers and Dallas Cowboys, Greg Hardy, signed an agreement to box bare-knuckle, without gloves, with the circuit Bare Knuckle Fighting Championship. HardyIn addition, he participated in some heavyweight fights in UFCafter ending his football career due to discipline problems.

Hardy, 33, will participate in multiple fights, after signing with the promoter this Wednesday. It is his first move in combat sports since UFC decided not to sign him again after a three-year career, concluded in 2021.

“I’m back and I’m ready to knock everyone out in the baddest promotion out there. Everyone knows I can knock people out, and that’s what I plan on doing. I can’t wait to take off my gloves and fight for BKFC,” he said. Hardy after the presentation.

Hardy was banned from the NFL in 2015 due to problems off the field, particularly an arrest for domestic violence. Debut at the mma in 2018 and obtained a contract of UFC after competing twice in Dana White’s Contender Seriesparticularly in the American Top Team in Florida.

But his time on tour was full of ups and downs: He officially won four of his first six fights, including three knockouts, but struggled when he faced higher-level competition.

BKFC has become an alternative for fighters from mmaincluding names like Paige VanZant, Thiago Alves and Hector Lombard. Its events are sanctioned by sports commissions.

Other players besides Hardy have ventured into the mmaas the former running back of the San Francisco 49ers, Frank Gore, but Hardy be the first to participate in bare-knuckle fights.

In the nfl hardy, played between 2010 and 2015, where he played 75 games, recorded 238 tackles, 40 sacks, 15 deflections, eight forced fumbles, a fumble recovery and an interception. In addition, he was a member of the second team All-Pro in 2013when he recorded 15 captures.

What is the BKFC?

The BKFC It is based in the city of philadelphia and is chaired by former professional boxer David Feldmann. It is a circuit that seeks to preserve the historical legacy of bare-knuckle fighting using rules that prioritize the safety of the fighter.

Each fight has a maximum of five rounds, two minutes each. If a fighter is knocked down they have 10 seconds to get up or the referee will stop the match. The clothing includes a genital protector, a mouth protector, boxer shorts and tennis shoes.

Fighters may wrap wrists, thumbs, and the middle of the hand; the bandage should be more than an inch away from the knuckles. The blows must be with a closed fist. Kicks, elbows, knee strikes and submissions are prohibited. In the center of the ring there are two parallel lines with a separation of three feet in which each of the fighters will place the front foot until the referee starts.

Tags: cfu
Jiri Prochazka wants to fight in Europe against Blachowicz, without ruling out a rematch with Teixeira
Migrate, the imminent step towards the UFC
Dana White reiterates that the UFC will never co-promote a boxing match
UFC/MMA 937

Loading...
Newer Post
Ticket sales are advancing at a high rate and they are only left in the West Grandstand
Older Post
BOS (2) 90 – 103 (4) GSW: Warriors and Curry rise to sports heaven