Griezmann makes an NBA ring to celebrate the Cup … with Barcelona 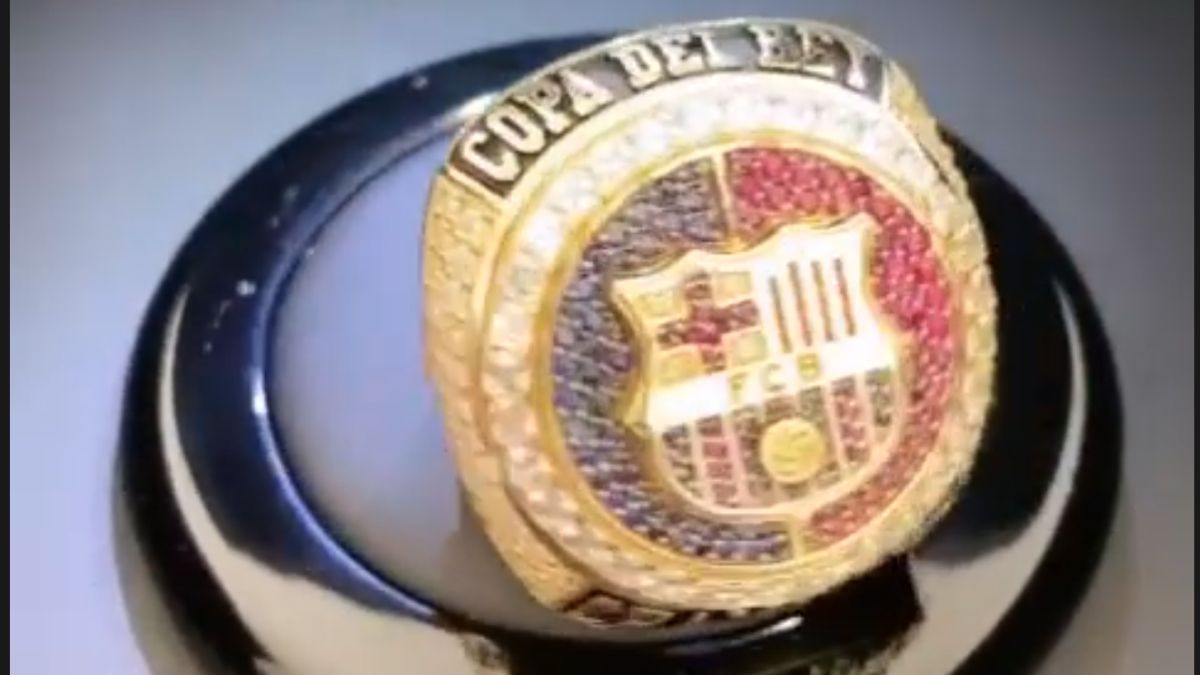 Antoine Griezmann has surprised on his Instagram account, by uploading a personalized ring in the purest NBA style, in which the Barcelona shield

Antoine Griezmann has surprised on his Instagram account, by uploading a personalized ring in the purest NBA style, in which the Barcelona shield and the inscription ‘Copa del Rey’ appear. It is understood, therefore, that it is a tribute to the title of champion of the KO tournament that the Blaugrana team achieved last season after beating Athletic Club in the final.

It is also understood that Griezmann had commissioned that ring and it is not until today that he received it, since the most shocking aspect of its publication is that It comes when the Frenchman has already left Barcelona and is a new Atlético de Madrid player.

It is not the first time that ‘Grizi’ makes rings of this style. It is no secret that he is a huge NBA fan and has visited the American pavilions on several occasions. In 2018, after winning the European Super Cup, he gave all his Atlético de Madrid teammates a commemorative ring.

Before, he did the same with his teammates from the French team, after being crowned world champions in Russia. His orders are carried out by the famous Jason Beverly Hills jewelry store, located in Los Angeles and designer of the rings of champions of NBA franchises such as the Lakers or Golden State Warriors.. Of course, on this occasion, he does it to celebrate a title of his old club and a lesser competition.

NBA Salaries 2021-22: The NBA’s Highest and Lowest Paid Players
The 5 players who have the most to prove in the NBA
NBA Finals 2021: Chris Paul, the NBA player with the most 0-2 failures in history
NBA 345