Grizzlies and Blazers tighten a West about to explode 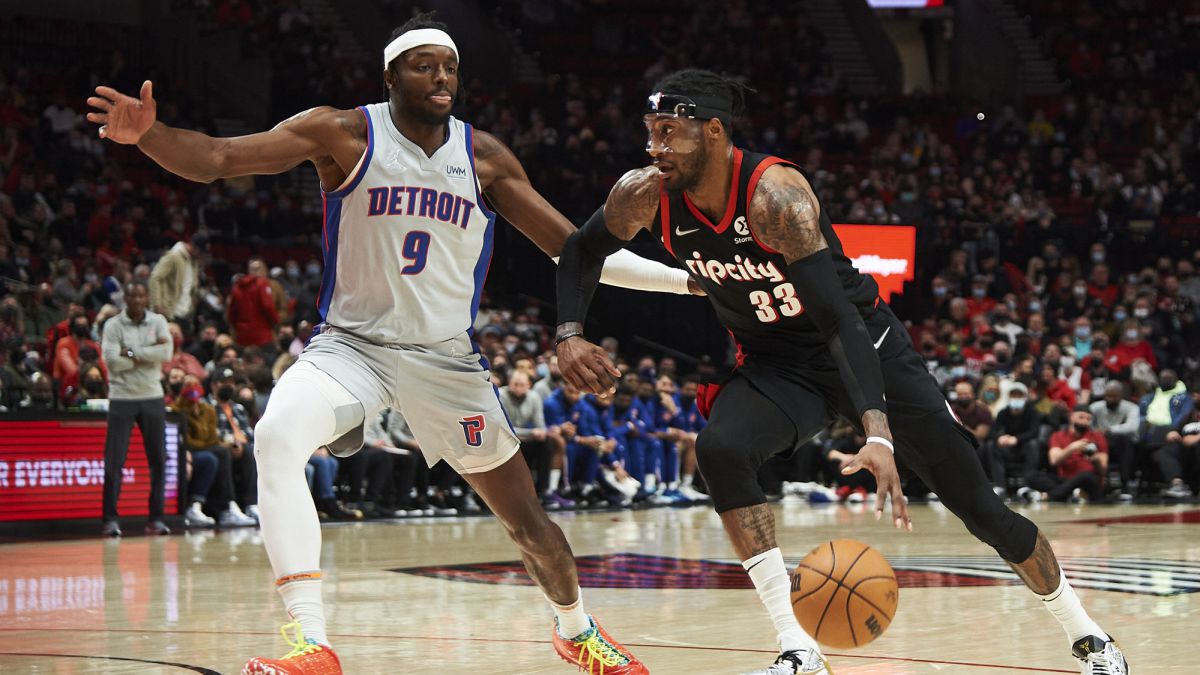 Grizzlies and Blazers tighten a West about to explode

The Western Conference has almost always been, since Michael Jordan’s retirement, better than the Eastern Conference. Hegemony has been curiously predominant and has been transformed into data, into more rings for one side than the other and, especially, into supreme competitiveness. And it seemed that things began to change in recent years, but the drift of what we have been through this season has shown us that, although in the East there is more talent and competition, the West has not ceased to be, not for a single moment. , as tachycardic as before (or as always). And the existence of play-in has only increased that sense of nerves and urgency that has accompanied the NBA since time immemorial. And from which the competition itself lives and drinks without dissimulation and with great efficiency.

The Grizzlies are fifth in the West. The Blazers, tenths. In total, five places away with only … half a game of difference. The 11-10 of the former is the 11-11 of the latter. A cold fact that sheds a lot of light on what these two teams have been and are, the process they are in and the way they do things. The Grizzlies, in full meteoric reconstruction, in a small market that is emerging among the big ones. Portland, in an unwanted deconstruction that is typical of a project that is ending but that the franchise itself does not want to end. And, between both teams, are Clippers, Wolves, Lakers and Nuggets. The Mavericks, fourth, are going 10-9 and are in the same fight. Of course, both the Jazz (third with 14-7) and the Kings (eleventh with 8-14) are a bit of a record and are further from being reached … or from reaching, of course.

Important victory for the Grizzlies in Canada. Second game won in a row for them and second that they play without Ja Morant, who has suffered a left knee injury with which they want to be cautious within the franchise and about which Taylor Jenkins has not wanted to give clues. In the absence of the talented point guard, Jaren Jackson Jr. scored 25 points (8 of 14 shooting from the field) and grabbed 6 rebounds. He had the invaluable help of Desmond Bane, who went to 23 points with 5 of 9 on triples. In the Raptors, who add their third loss in a row, 15 points and 9 rebounds for Fred VanVleet, 20 + 6 + 5 for Pascal Siakam and 19 points with rookie Scottie Barnes, who did it all (7 rebounds, 3 assists, 2 steals, 4 blocks and, on the downside, 4 losses). The Raptors lose coba and move to twelfth place in the East, 2.5 games from both 10th and 8th place. Also in this Conference, things are tight: from seventh to eleventh place there are tables (all with 11-10), while the Hornets, sixth, have a game of advantage over all of them. The upper part of the East is not so advantageous either. All open in the Damn conference, one that seeks to stop being.

The irregular Blazers try to get ahead. After three consecutive losses, they add a victory to leave the small base in which they had gotten themselves after they obtained 4 victories in a row. One of lime and one of sand for the Oregonians, immersed in a profound and worrying identity and project crisis. The exchange of Terry Stotts for Chauncery Billups, made with the approval of Damian Lillard, has not worked and in Portland they are in a similar or worse situation than the last seasons. Against the Pistons (4-17), Lillard rested due to abdominal discomfort and the victory came almost by inertia against one of the worst teams in the competition. 28 points for CJ McCollum in the absence of the prodigal son (with 4 rebounds and 6 assists), 17 for Ben McLemore from the bench, 11 from Dennis Smith Jr., 13 (+ 8 + 5) from Jusuf Nurkic, 9 from Tony Snell, 8 by Robert Covington … A bit of everything against a net and completely inferior rival and in which the rookie Cade Cunningham played a great role (26 + 7, but 6 losses) and one of the protagonists of the last weeks for his fight with LeBron, Isaiah Stewart (15 + 14, with 6 of those offensive rebounds). Jerami Gran, poor shot, stayed at 14 points.

These have been the rest of the results of the day:

NBA: Since when do you do that to an MVP? The most disrespectful poster to Antetokounmpo
NBA: Balkan NBA players show their support for Djokovic
Utah Jazz vs. Detroit Pistons live
NBA 2835