Gunners of the Ecuadorian soccer team, without regularity prior to the World Cup 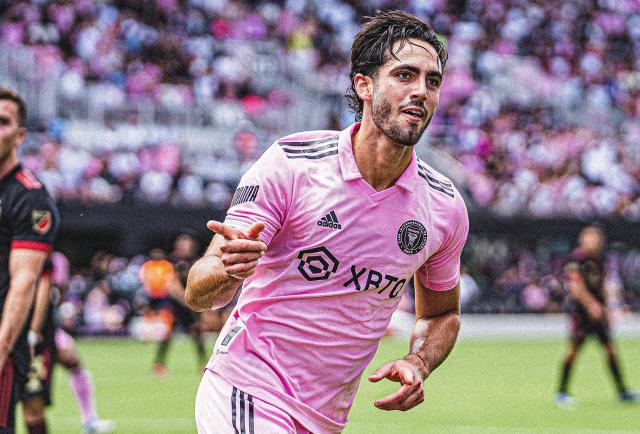 Within 102 days the Ecuadorian soccer team will be playing its fourth world cup. And just over three months after the start of Qatar 2022the current performance of the center forwards Ecuadorians is not in the best conditions.

Enner Valencia he is the only footballer who has been adding minutes as a starter; Michael Estrada he was not summoned in the last four games with his team; Jordy Caicedo is serving his expulsion sanction and seeks to win stardom in Mexico, while Leonard Bell he resented his injury and is low in his club.

This reality worries experts in the field as well as Ricardo ‘Bocha’ Armendarizex-technician from Barcelona, ​​who in conversation with EXPRESS He mentioned that “it must be a concern for Professor Alfaro.” The also former player of the Idol, Emelec, League of Quito and Aucas He believes that, in general terms, the Tri is doing well, but that “the problem is up front,” he said.

With that opinion, he also agrees Julio Cesar Rosero, former coach of the U-20 team. “We all know that Ecuador does not have a center forward that makes a difference,” said the former national soccer champion with Barcelona in 1997. “Each one of them knows what is at stake, so that the coach considers them,” he concluded.

And it is that, of the frequent considered by the strategist Gustavo Alfaro, only Enner has been scoring. A double was dispatched last Monday Turkish Super League and returned to the goal after playing three official matches without scoring in the recent season.

“We don’t have scorers like Lewandowski or Cristiano Ronaldo”, added Bocha, who among the optional forwards, sees Enner as “the strongest card that Ecuador has”.

One of the most striking cases is that of the battering ram Michael Estrada. After the arrival of Wayne Rooney to the bench of the D.C. Unitedthe tricolor scorer of the South American qualifiers with 6 goals, has been removed from the MLS club. was not summoned in the last four games and his last official goal was scored on May 21.

“It is not consolidated internationally. In the qualifiers he scored goals, but he was not recognized, ”said Rosero, referring to Estrada, who a few days ago learned that the Belgian striker Christian Benteke will be his replacement in the American team, with which the departure of the Guayaquil, 26 years old of his club would be imminent.

FIFA analyzes that the first match of the World Cup is Qatar vs. Ecuador

Another similar case is that of Jordy Caicedo, who together with Leonard Bell they also do not have stars in their clubs. Caicedo arrived at Tigres as the top scorer in Bulgarian football, and is the Frenchman’s replacement Andre-Pierre Gignac, immovable holder. While Campana had a good scoring streak between April and May (he scored 7 goals), but due to his muscle injury, which according to his coach Phil Neville will be between 4 to 5 weeks, he only played 59 minutes in the last five games for Inter of Miami.

“If Campana or Jordy do not have someone to supply them from the sides, they are going to lose. Those of us who have been ‘9’ know that it will be difficult for them to be able to achieve it,” said the former soccer player and three-time champion with El Nacional, Ermen Benitez.

Despite the lack of playing time for our strikers, the experts agree that it will be difficult for someone who has not been involved in the process to enter. So that the last FIFA date, which will be played in Septemberwill be vital to define the star team that plays Qatar in the opening match.