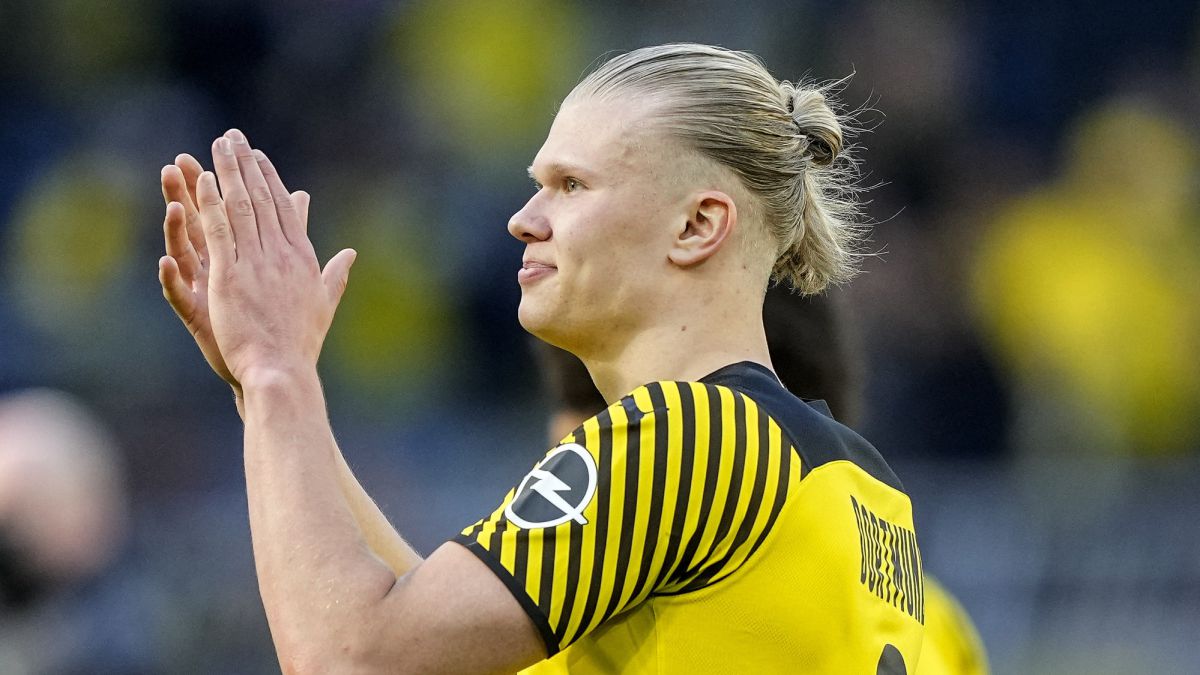 Erling Haaland (21) wants to leave Real Madrid's door open until the last moment. As AS has learned from sources very close to the footballer, he

Erling Haaland (21) wants to leave Real Madrid’s door open until the last moment. As AS has learned from sources very close to the footballer, he has not made a commitment to City today. Furthermore, his idea is to leave the two options open, that of Guardiola’s team and that of Real Madrid, until the end of the season. The reason is simple. She is still waiting for a carom that will allow her to fulfill her dream of wearing white. Until Mbappé does not take the step of signing for Madrid, he will not take his to go to Manchester.

Haaland has already told the Dortmund officials that he will not continue next year, which is a big step. So much so, that Borussia has streamlined the steps to sign a substitute. The chosen one is Adeyemi (20 years old), from Salzburg, who has scored 21 goals this season, three of them in the Champions League. From Borussia they continue to deny that Haaland has informed them that he is leaving (although he has). It can not be any other way. If he announced it, the operation would be more expensive for Adeyemi, for which he will pay around 40 million euros.

Borussia already projects a future without Haaland. In addition to Adeyemi, two other operations are advanced, those of Nico Schlotterbeck, a 22-year-old central defender from Freiburg, and Schlager (24), a midfielder from Wolfsburg. In total, he plans to spend between 75 and 100 million, just what he should receive for the transfer of Haaland.

Until now Haaland has remained faithful to the word he gave to Real Madrid, who has the “yes” from the Norwegian in case the whites want to launch the operation. But events change fast in football. LThe confirmation of Benzema’s good moment and the high commissions requested by Raiola and the footballer’s father have cooled Madrid’s position which, as AS has revealed, is now turning to other objectives: it is Rüdiger (is released) and Tchouameni who will accompany Mbappe. In any case, the French star of PSG must take the final step (the Parisian club is still trying to renew him). When his transfer to Madrid is a fact (not public, but consummated, and reaches the ears of Raiola) Haaland will already feel free to sign for City. Meanwhile, he waits for Madrid.

The discord clause that expires in April.

Much has been written about a supposed release clause (which would expire at the end of April) that Haaland signed when he arrived at Dortmund in 2019 and that allowed him to leave in the summer of 2022 for 75 million. AS consulted Borussia CEO Hans-Joaquim Watzke about it, and he denied it. According to slides the Dortmund, only there is a verbal pact between the club and Raiola to “facilitate” the striker’s departure for an amount between 75 and 100 million euros, as Raiola took Haaland there in a very advantageous situation for the Germans, who only paid 20 million euros to Salzburg plus another 23 in commissions (eight for the soccer player’s father and 15 for the superagent).

Dortmund were able to agree to sell Haaland last summer, Raiola even raised it, but he flatly refused despite the fact that he could have earned much more money from the transfer. Now it is Raiola himself and Haaland’s father who intend to fill their pockets with a joint commission that aims to be around 75 million (the same amount that Dortmund will take).

Majorca – Valencia, live
Giovani dos Santos without a job in football, what does the former FC Barcelona player do?
Three hopefuls and an offensive football insurance
FOOTBALL 3668