Hamilton can be disqualified and would come out last 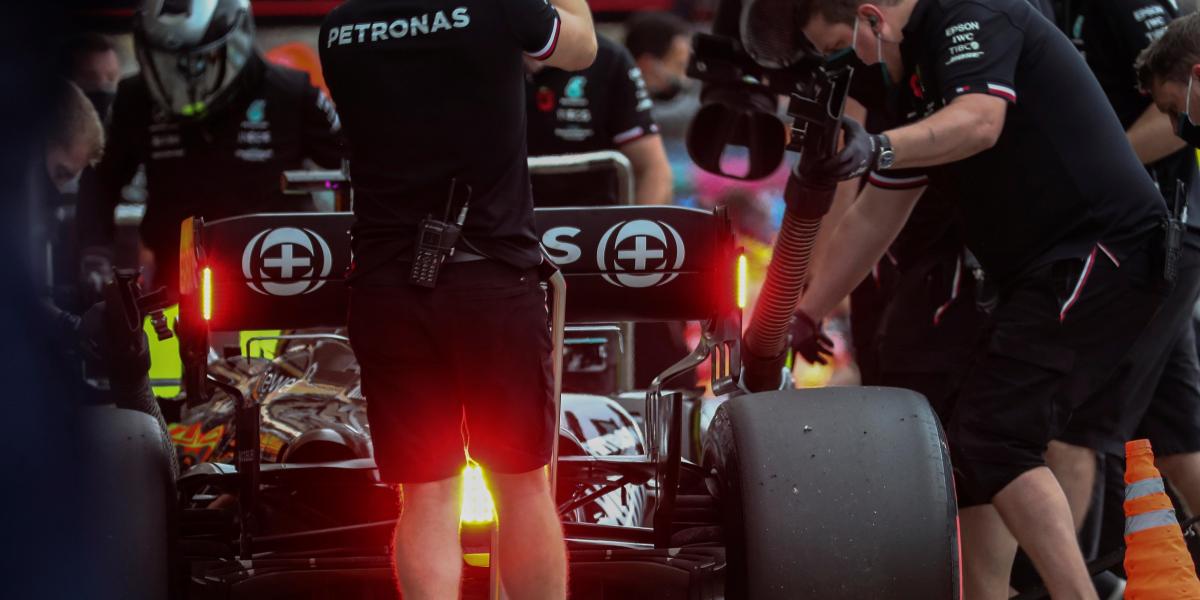 The joy of Lewis hamilton. After achieving the first position in the qualifying session of the 2021 F1 Brazilian GP in view of Verstappen, went from believing that he could achieve something epic in Interlagos, to get into a huge mess that can make you lose much of your options to defend your crown against Max. The FIA He quickly caught the British’s attention and asked that a member of the ensemble Mercedes presented to the commissioners for an irregularity in the DRS, which did not pass the inspections after the ‘qualy‘this Friday. The result could be as expected in this type of case: The disqualification of Lewis Hamilton qualifying session, something for which he would have to start last in the sprint race this Saturday in Brazil. But the FIA, after many hours of analysis, decided to postpone the decision until this Saturday morning.

If the disqualification is confirmed, Hamilton will have to pursue even more the epic with a comeback on the short sleeve and continue with that intention in Sunday’s race. Lewis It could be on the ropes. More than ever.

As published by the FIA By means of an official document, the distance between the upper and lower flaps of his rear wing exceeded the maximum limits allowed by the regulations when Lewis activated the DRS, something that could give him a benefit on the straights. This could cost him dearly, dearly. This is what happens when regulations are violated. Lewis, who was already prepared to start in the first position in the sprint race this Saturday after surprising in qualifying and was already thinking about the comeback he could make on Sunday with the 5 penalty positions he had for having chosen to change his engine combustion in Brazil. He went from that joy to seeing how things could get harder for him than ever.

If the disqualification is confirmed, Verstappen, with a 19-point lead in the World Cup against English, would have the opportunity to take the three extra points of the triumph of the event at the sprint on Saturday by occupying the first starting position that Hamilton had achieved. And to top it all, it could deliver the almost definitive blow to World Cup this Sunday if you win with three more races ahead.

“The adjustable positions of the upper rear wing element were checked on car number 44 to verify compliance with Article 3.6.3 of the 2021 Formula One Technical Regulations. The minimum distance requirement was met. But the requirement of a maximum 85mm clearance when the DRS system is implemented and tested in accordance with TD / 011-19, it was not met. I am referring this matter to the stewards for their consideration. “, expressed the F1 Technical Delegate Jo Bauer in the aforementioned document.

Red Bull protested before qualifying on another issue

An hour before qualifying, Red Bull already filed a complaint with the FIA, claiming that the Mercedes’ rear wing was flexing too much, the same reason why Mercedes complained about Red Bull before Baku and why the FIA had to toughen the regulations. And after qualifying came the inspection of a Mercedes rear wing that did not comply with the regulations, although in reality the protest that Red Bull presented had nothing to do with the final infraction. Mercedes violated the regulations not because of its high-speed flex, but because of its standard position. Be that as it may, in these battles in the offices, worlds are also won. They know it well at Mercedes and Red Bull after multiple protests against their respective rival throughout the course.

The funny thing is that, following complaints from Red bull, Verstappen went to Mercedes from Lewis after parking your car in the parc fermé after qualifying. The Dutchman did something he shouldn’t have: touch the rear wing of the Briton’s car, already in parc fermé. He did it to look at its flex, but what he didn’t know is that that spoiler would be investigated for another reason. At Mercedes they could use that touch as an argument that he was able to alter the height of this element, or at the very least, this could be the reason why the FIA ​​decided to delay its final decision.