Hamilton, disqualified from the ‘qualy’ and his eighth title in danger! 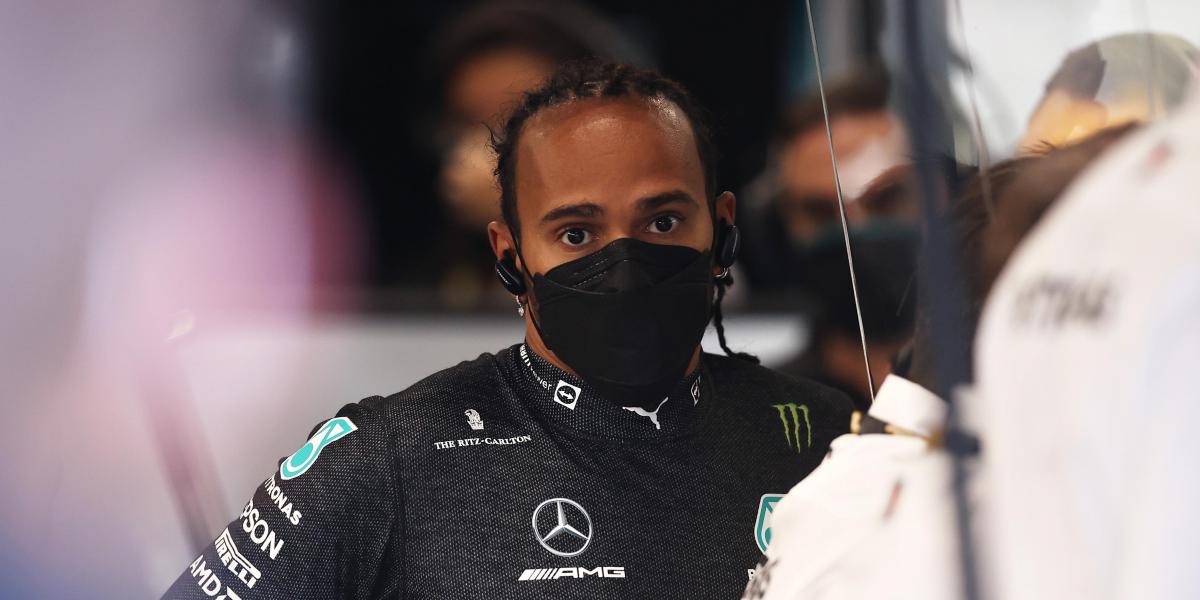 Hamilton, disqualified from the ‘qualy’ and his eighth title in danger!

Finally, one day later than expected, the stewards of the Brazilian GP of F1 2021 made the most logical decision. Lewis Hamilton was disqualified from the qualifying session of the Brazilian event, which left him without times in the ‘qualy’, so the 7-time world champion will have to start from the last position in the sprint race this Saturday (100 kilometers long and used to determine the order of the starting grid for Sunday’s race).

The British rider had set the fastest time with much superiority in Friday’s qualifying, but he didYour car failed subsequent FIA technical inspections for a DRS-related violation. The problem was in his rear spoiler. As published by the FIA, the distance between the upper and lower flap of its rear wing exceeded the maximum 85 mm limit allowed by regulation when the DRS was activated which could give the Briton a competitive advantage on the Interlagos straights.

The sanction was clear. It was not something interpretive or ambiguous. Limits may or may not be exceeded. There are no grays. However, the FIA ​​decision was delayed until this Saturday due to something that Verstappen did that prohibits the regulation, and that, inadvertently, could be related.

The resolution in the offices

Red Bull had made a formal complaint to the FIA ​​an hour before qualifying about the high flexibility of the rear wing, an issue that had nothing to do with Mercedes’ subsequent infringement. However, Max, upon reaching the parc fermé after qualifying, approached Lewis’s car and touched the Briton’s rear wing. Unintentionally, Max was giving Mercedes a few more hours to search for a magic potion that would free him from a drawer penalty. Mercedes used Verstappen’s action to prevent the penalty. They had nothing else and they only had to defend themselves with the action of the Dutchman. It seemed clear that Max had not been able to alter the height of the DRS. Even Hamilton believed so, according to the FIA’s own text: “Car 44’s competitor (Lewis Hamilton) also agreed that Verstappen’s actions were unlikely to cause the failure, however they felt it was an open question. That is, Mercedes defended herself by ensuring that the doubt was simply left open. It had to be analyzed carefully.

A Mercedes representative had already testified on Friday and was doing it again this Saturday, shortly after Max did. The tension was enormous. There was much more at stake than a career: A title!

But as much as Mercedes insisted on presenting allegations making it clear that the error in his car had not been intentional and that it was simply “a one-time failure”, the thing was more than clear from the beginning: The car had not passed the test and it was impossible for Max to alter the height of Hamilton’s DRS with a simple touch of his fingers, action that was analyzed using the lewis car rear camera and the cameras of the cars of Alonso, Max and Bottas. The touch was subtle and Max is not a super hero. He couldn’t change anything. That meant that decisions in both cases had to be made separately.

Fine for Verstappen and sanction for Lewis

On the one hand, there was Max Verstappen touching a parked car. This cost him 50,000 euros of sanction but no sports penalty. And on the other, the foreseeable disqualification of Hamilton from the ‘qualy’, which was confirmed just over 2 hours for the start of the sprint race.

Hamilton, with the water around his neck

This changes everything. Hamilton was already in the water around his neck before arriving in Brazil. He said that Red Bull was the favorite on this track, that his car was inferior, and on top of that, for Sunday’s race he would accumulate a 5-position penalty for changing the internal combustion engine. He started the weekend getting the first place in the ‘qualy’. He needed to win this Saturday, take all three points from the ‘Sprint Race’ and that would allow him to start sixth on Sunday. If your car had a good pace, he could fight for everything with a magic comeback. But now he will need a lot more magic. You will need epic.

Verstappen sprints first into the race and he has everything in front of him to take the 3 extra points of the victory. In addition, if he wins, he would make sure to go out first to the race on Sunday, and thus, the option of adding 25 points while Lewis fights for something very difficult..

With a 19-point advantage, Max could face the last 3 races of the year with a huge mattress that would leave him his first title on a tray. Lewis has to pray that Bottas, who comes second in the sprint race, will lend him a hand. But trusting Valtteri at this point is difficult. Bottas never felt part of his family on the team and he doesn’t have Max’s class and speed.

The FIA explained everything that happened in the meetings between Mercedes and the commissioners and what the signature of the star pointed out to try to Hamilton finally they will not disqualify him from the classification on Friday. According to the text, the team claimed at all times that the car was made and designed to respect the technical and sporting regulations of F1, making it clear that the infraction was due to some unintentional failure, something that the commissioners shared and accepted. Even so, the infraction existed and that greater distance between the upper and lower flaps of the rear wing of Lewis’ car when the DRS It was open they were able to give the Brit an advantage. Although it is unknown if Hamilton won a lot of time for this fact, the main issue is that the car, whatever it is, had breached the regulations with its rear wing and therefore should be penalized. This is how the document explained it:

“The Competitor claimed that the fact that the car passed the test in the center section of the wing is a mitigating factor and shows that there was no intention to violate the regulation. While the stewards accept that the last point may be true, they believe that it is not relevant to the fact that the wing failed the test.

“The Competitor noted that this is not a systemic violation and, in fact, it is unique. It was, rather, something that went wrong. The Competitor’s explanation that the cause of the failed test was something that “went wrong” rather than deliberate action “is fundamentally accepted.

“In the end, the regulations are clear and at the time of the conformity check, the car did not comply.”

“At the end of the first hearing on Friday, an amateur video emerged of Max Verstappen touching car 44 (of Hamilton) in the Parc Fermé. The stewards took some time to gather all the available video images of this incident and finally reviewed in images of cars 14, 77, 33 and 44, as well as CCTV images of the FIA ​​pit lane, in addition to the images fans. The stewards held a separate hearing in relation to this incident. Car 44’s competitor (Lewis Hamilton) also agreed that Verstappen’s actions were unlikely to cause the failure, however they felt it was an open question. “

The commissioners, however, were completely satisfied, having exhaustively reviewed all the evidence relating to that incident, which is not related to this case ”.

“Ultimately, therefore, the Stewards decide that car 44 failed the test indicated in TD / 011-19 and therefore violates article 3.6.3 of the FIA ​​Formula 1 Technical Regulations. The stewards agree with the competitor that this was due to something that went wrong, rather than an intentional act or design. Furthermore, Art. 1.3.3 of the International Sporting Code establishes that “there will be no defense to affirm that no performance advantage was obtained”. Therefore, the stewards order the usual sanction for technical failure to disqualify the qualifying session “.