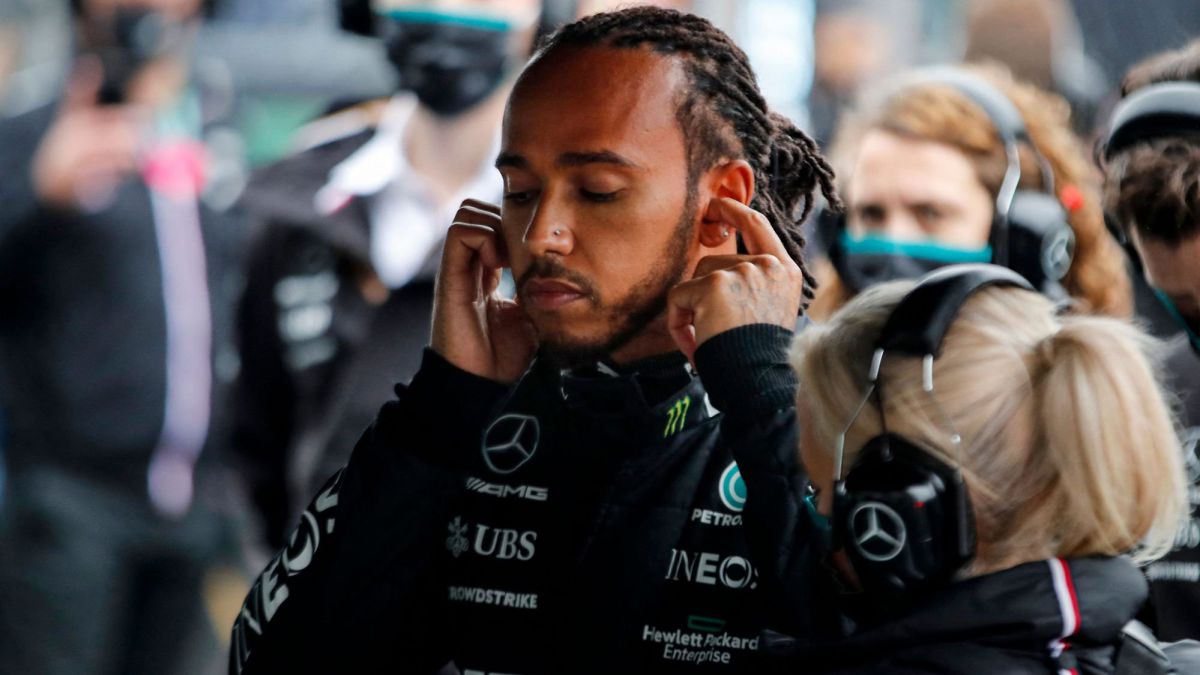 The one in Istanbul was a difficult race for Lewis Hamilton from the start. The Briton, under pressure from his greatest rival for the crown and n

The one in Istanbul was a difficult race for Lewis Hamilton from the start. The Briton, under pressure from his greatest rival for the crown and new overall leader, Max Verstappen, especially after the Dutchman completely changed his power unit at the Russian GP to finish the season with better performance, started on Sunday in Turkey complying with the penalty of 10 positions it cost him a partial change in his engine. And if a comeback to which he was obliged to minimize damage had not been enough, the race strategy was complicated even more so with peculiar asphalt conditions caused by intermittent rain.

A priori the strategy was marked to one or two stops, However, the water changed the plans and Mercedes raised the possibility of completing the total route with the same set of intermediates, this being the favorite option of the seven-time champion. Pit visits were quite late, a simple pit-stop seemed enough to end the race with guarantees (in fact Ferrari also raised it with Leclerc), but from the round 32, When the management of the race between Hamilton and his engineer ‘Bono’ began, things got complicated on the wall of Brackley’s.

Alonso was his first reference, because they needed to know the performance of a new game of intermediates in those conditions. “He has put a new game, we will inform you about how they work “, they transmitted to Hamilton shortly before he began to give up time with Verstappen due to a drop in Perez’s pace that slowed the race. From there the tension grew even more. First with the Dutchman winning the position on lap 37 after his stop and later, with the management of a strategy that unhinged a Lewis convinced of stay, at least, “a while out.” Until he had no choice but to go through the pits to finish exploding.

“Leave me alone”. That’s how blunt the British was with his engineer four laps from the end, after learning his race situation after a totally unnecessary stop for Hamilton. “We shouldn’t have gone in. I’m suffering a massive ‘graining’, I told you! “, The champion stressed again when he was fifth. ‘Bono’ tried to justify his decision and reduce tensions: “We were wasting time with Pérez, but we’ll talk about that later. ” And when the total fright on the part of his pilot arrived and the checkered flag fell, everything was left in a pending conversation: “P5. I’m sorry, but We will talk to you and explain why we have called you to the pits. ‘Start mode one’, please “.

Video: the best overtaking of the Formula 1 season
to be or not to be – doubled – before the ‘tifosi’
Carlos Sainz and the “fear” factor in Formula 1
FORMULA 1 594

Loading...
Newer Post
The NBA begins: schedule, format and what you need to know
Older Post
Mexican boxer ends up in hospital for surgery after receiving tremendous knockout