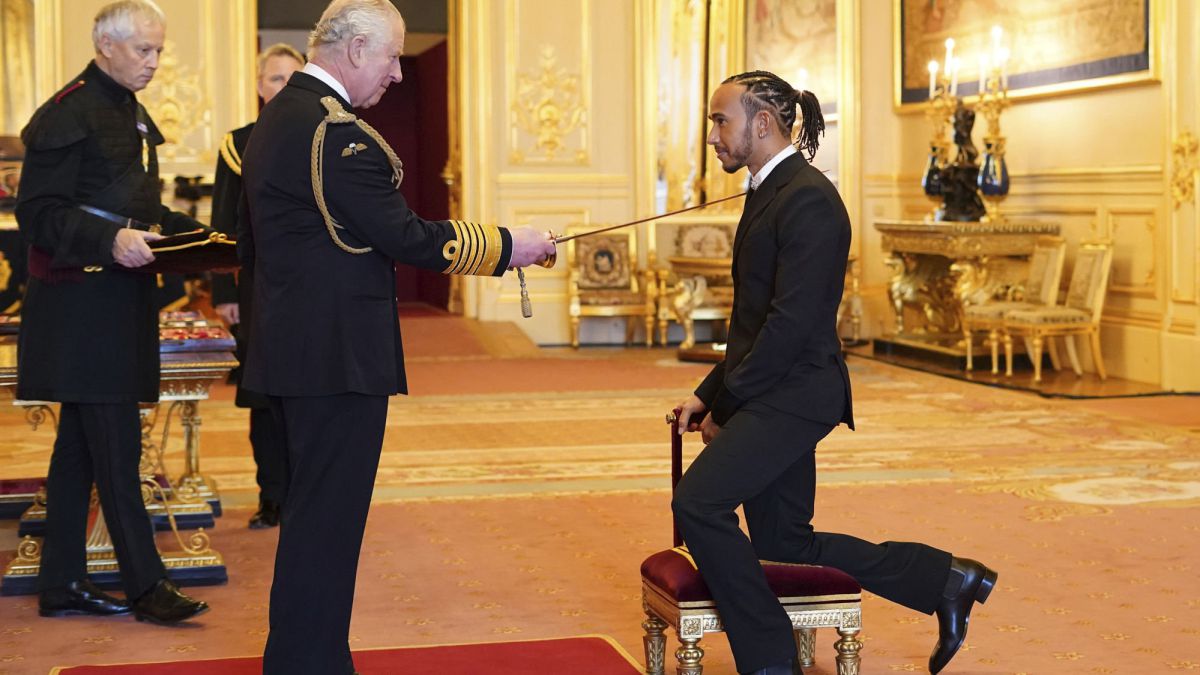 He was wiped off the map entirely after painfully losing what could have been his eighth F1 crown, but it was time to reappear. Hamilton's agenda

He was wiped off the map entirely after painfully losing what could have been his eighth F1 crown, but it was time to reappear. Hamilton’s agenda has forced him to return to public life … although in a very special way. The Brit reappeared as ‘Sir’ Lewis Hamilton at Windsor Castle, where the Prince of Wales, Charles, has appointed him Knight of the British Empire. It was a solemn ceremony where he was seen in full dress, at the height of the circumstances, being accompanied by his mother Carmen to an act that had been approved and planned for months.

Everything indicates that it has been precisely in the family home, together with their parents, where Hamilton decided to isolate himself from the world after failing to win the title in Abu Dhabi. “He doesn’t feel like talking to anyone,” said his brother Nicholas, after the seven-time champion disappeared sharply after having congratulated Verstappen with sportsmanship for his first championship once the race was over. In Windsor he did not talk about what happened either. and was limited to abiding by protocol at an event where he received this highest civic honor in Great Britain “for your services to motorsport during a brilliant career two decades “.

During the ceremony, his seven world titles in F1 were highlighted above all and after having considered that record more than enough to form the list of Honors that the Government draws up each year to highlight the most relevant figures of the nation, Sir Lewis became the fourth driver to achieve this title. Before they were already ‘Sir’ Jackie Stewart, ‘Sir’ Jack Brabham and ‘Sir’ Stirling Moss, with three championships in the case of the first two and four consecutive runners-up in the case of the West Kensington driver.

After his absence in the tests that Pirelli has held in Abu Dhabi, being the only official pilot who was not on the asphalt testing the new 2022 tires, and his subsequent reappearance in Windsor Castle to receive this recognition, the next public appearance of the Briton will be on Thursday, at the awards ceremony held by the FIA every season finale in Paris. Your attendance is mandatory and again will meet again with the recently crowned champion, to which not even all the complaints presented by Mercedes to Race Direction have taken away from being the best of this unforgettable 2021.

The bomb on Mick Schumacher that shakes Formula 1
Futuro and Tevai.cl takes you to the definition of Formula 1
F1: Saudi Arabian GP
FORMULA 1 594