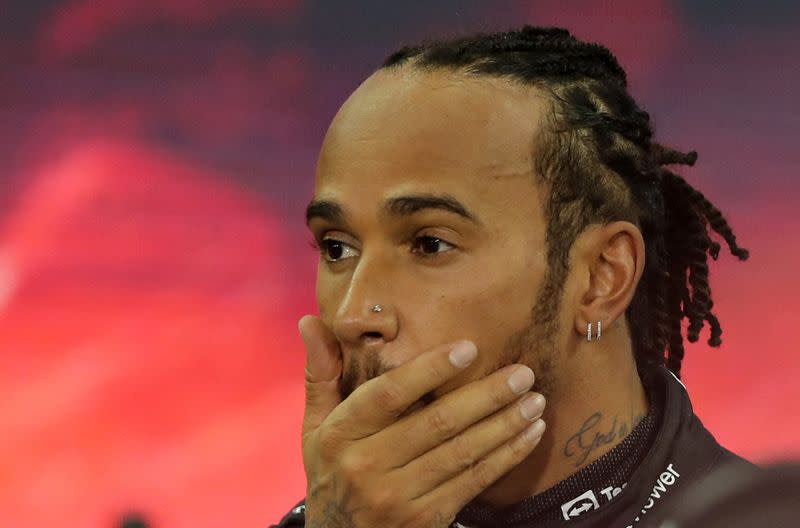 LONDON, Jan 7 (Reuters) – Britain’s Lewis Hamilton turned 37 on Friday, as Formula One fans wonder when the seven-time world champion will break the silence that has surrounded him since the season ended in uproar on last month.

The Mercedes driver was less than a lap away from claiming his eighth title in Abu Dhabi on December 12, surpassing German Michael Schumacher’s record, when he was overtaken by Red Bull rival Max Verstappen after he race director Michael Masi changed the safety car procedure.

Hamilton spoke briefly before taking the podium, then turned to Dutchman Verstappen to congratulate him, but has said nothing more in public.

Hamilton did not speak to the media after he was knighted at Windsor Castle on December 15 and failed to show up at the FIA ​​awards show the next day, risking sanction as showing up is mandatory for the first three of the championship.

The most successful F1 driver, with 103 career victories, has not posted anything on social media since before the race at the Yas Marina circuit.

Now he does not follow anyone on Instagram, where he has 26.5 million followers, but it is not the first time he has started from scratch. In late 2017, Hamilton, or his social media team, also deleted his Instagram and Twitter accounts after receiving criticism for comments he made at Christmas about his little nephew’s pink clothes.

Mercedes team boss Toto Wolff described Hamilton on December 16 as disappointed, but said he was in regular contact with the driver, who is under contract until the end of 2023.

Mohammed Ben Sulayem, the new FIA president, told reporters last week that he was confident Hamilton would return, but has not spoken to him.

(Reporting by Alan Baldwin, Edited in Spanish by Ricardo Figueroa)

The return of a historic that excites Ferrari and scares Formula 1
Frank Williams, the great patriarch of F1, passes away
Formula 1: Nicholas Latifi’s heartfelt post about the accident in Abu Dhabi
FORMULA 1 600