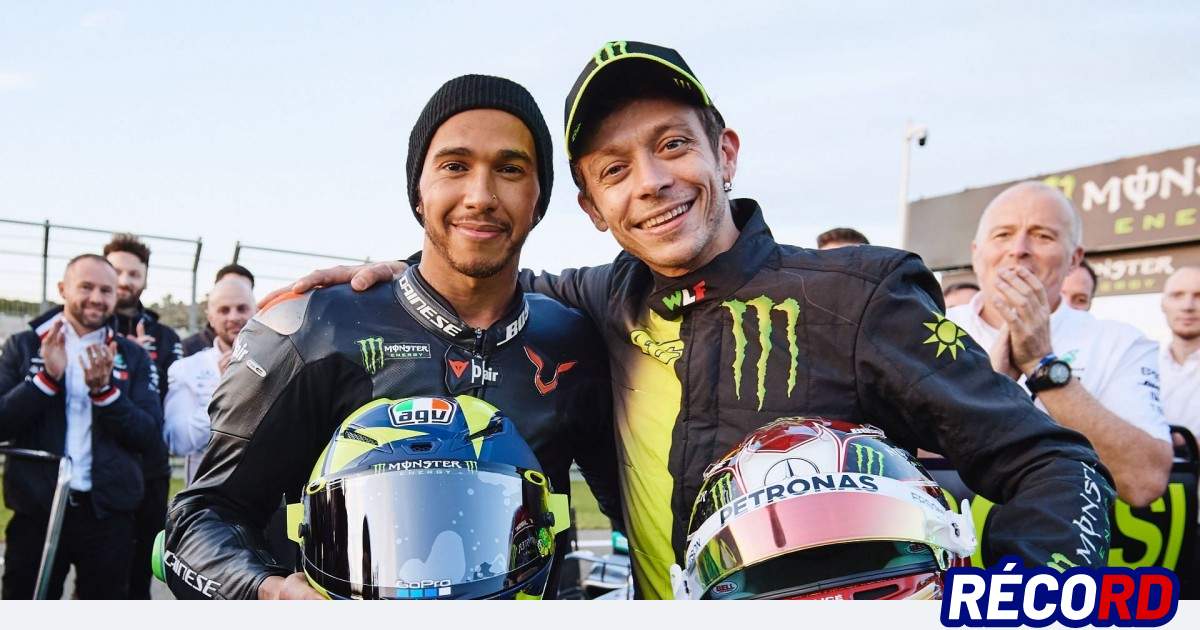 If there are two benchmarks in recent times in motor sports, it is surely Lewis Hamilton and Valentino Rossi. The Briton, current Mercedes driver

If there are two benchmarks in recent times in motor sports, it is surely Lewis Hamilton and Valentino Rossi. The Briton, current Mercedes driver in Formula, has seven world titles, a record that equals Michael Schumacher as the top winners in the category, although the Englishman can still surpass him. Rossi, for his part, already retired, has nine world championships adding his achievements in the 125, 250, 500 and MotoGP categories.

And if both share a grid in Formula 1? That idea arose in a dialogue on a television program in which the two shared experiences and a talk about their moments in the sport and at a certain point, Hamilton suggested to Rossi that he join F1.

The Italian is in Imola participating in the GTWE Championship and Hamilton, praising his competitiveness, said of Rossi: “He never leaves a circuit, not even at home, whether it’s with bikes, cars. He’s a complete driver.” And then he asked him “When are you coming to Formula 1?”

Rossi, laughing, replied “Unfortunately I’m too old for that now”, although Lewis “No, of course not”, referring to the fact that he himself is also in the final stretch of his career at 37 years of age, although he remains in the highest level.

Regardless, both left reflections on their experiences in each vehicle in which they dominated an entire era of competition. Rossi expressed: “I think that driving a car or a motorcycle is very different, but, at the same time, it’s the same. You spend a lot of time on a circuit, which is often the same, the lines are very similar, the braking, you have than trying to be fast. Different, but the same. If you can drive a car, you can drive a motorcycle and vice versa”.

To which Hamilton remarked: “Yes, as riders we have the ability to adapt, but when you ride a motorcycle, the lines you make with the car come naturally to you. The braking point is different, the approach to the curve, too. , but everything has the same goal: to be as fast as you can. You just adapt. But I think that’s what we do best. It’s like when Vale adapts to different circuits or conditions. It’s like second nature for us.”

Loading...
Newer Post
Boxing: Scar Valdez: “To be thinking of other boxers, Shakur Stevenson should first think of me”
Older Post
National Gendarmerie provided security at the “Argentina MotoGP 2022”