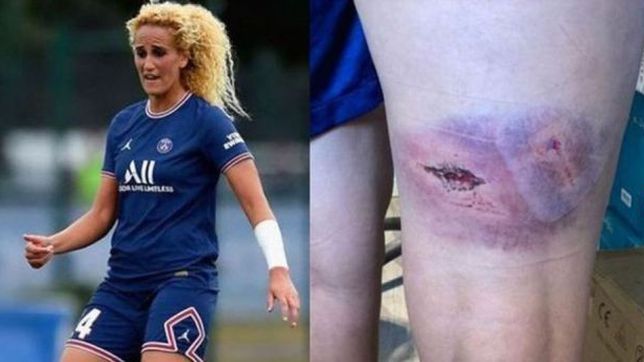 After ten months of ordeal, Kheira Hamraoui, a 32-year-old PSG player, decided to break her silence in an interview with BFMTV in which she detaile

After ten months of ordeal, Kheira Hamraoui, a 32-year-old PSG player, decided to break her silence in an interview with BFMTV in which she detailed the nightmare she has lived after suffering an assault in November in which her former teammate would be involved. selection, Aminata Diallo. The former PSG player was released on bail two days ago after being suspected of orchestrating a beating of Hamraoui to take her place at PSG and the French national team.

“All this is a storm for me. I am stunned by everything that is happening in this case, which is destroying me and my family. It’s terrifying and it hurts… I’ve had this ordeal for ten months. I have always said that I trust the justice system and the investigators, whom I thank for his extraordinary work, ”said Hamraoui, who did not want to comment on Diallo, whom he wants to forget as soon as possible.

The French international described how the attack happened on November 4 when she was returning, precisely with Diallo, from a meal among the PSG players: “People were hiding behind a car and it suddenly appeared. I was scared. With the adrenaline, I didn’t feel the blows too much. The scariest thing was seeing the men in balaclavas. Some hooded men beat me with iron bars. I was lucky a car came and they ran away, because it could have lasted longer…”

Later, Hamraoui added that you cannot go from “being a victim to being a culprit overnight”. The still PSG player, who has rejoined training after being separated from the group, denounces a campaign of harassment towards her privacy and her person that could have ruined her sports career. Among her plans is to return to the playing fields and compete to fight for a place in the 2023 World Cup.

Inclusive Olympiad, bullying, Eurobasket and women’s football
CHAMPIONS LEAGUE A great sit-in is urgently needed to unify refereeing criteria and not burden ourselves with football
Corinthians ‘turns off’ its social networks due to threats against players | Soccer | Sports
FOOTBALL 3735