Harassment and racism, in the world of Formula 1 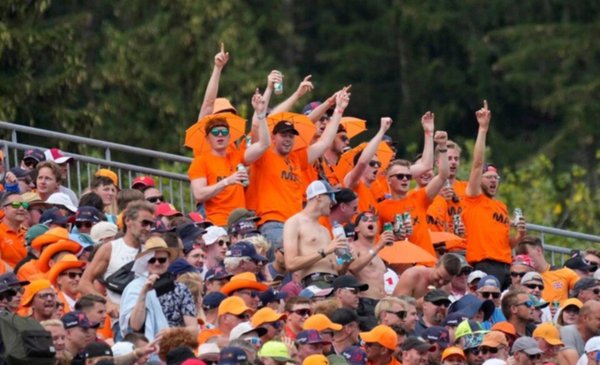 F1 drivers harshly lashed out at abusive fan behavior during the last Austrian Grand Prix, which was peppered with racism, sexist chants, homophobic overreach and harassment of women in the circuit’s grandstands.

The leadership of Formula 1 stated that prior to Sunday’s race it received complaints from spectators who were victims of verbal abuse, although it did not go into specific details.

In the case of Lewis Hamilton, he reacted indignantly when he found out what happened at the Red Bull Ring in Spielberg. “It is highlighted that it is still a problem, that it is due to lack of education and, of course, ignorance,” said the British pilot.

“People must come, feel safe, included and be able to encourage whoever they want. It should not influence gender, sexuality and skin color. It’s about everyone being able to have a good time,” added Hamilton.

Over the past weekend, there were a number of reports citing aggressive misogyny towards female fans, and some viewers said they felt fearful about the prevailing weather.

Others referred to homophobic chants and the use of racist slurs against Hamilton himself, many of which came from the stands where Max Verstappen fans, known as the “orange army”, gathered en masse.

During the competition, which was won by Charles Leclerc, with the Ferrari, the ambient temperature was very high, so in one sector the fans quenched their thirst by drinking copious amounts of beer, so many of them were totally intoxicated.

One viewer described how “five Dutch Max fans lifted my dress and when I confronted them they said that no Hamilton fan deserves to be respected”.

Mercedes contacted the woman in question and they transferred her to a reserved sector of the German team to guarantee safety during the race.

For its part, F1 released a statement on the situation. “We have learned that some fans have been subjected to totally unacceptable comments by other attendees at the Austrian Grand Prix.”

“This is something we take very seriously. We have raised it with the promoter and those in charge of security and we will speak with those who have reported the incidents,” the statement continued.

To which he added that “this type of behavior is unacceptable and will not be tolerated. All fans should be treated with respect.”

Tickets were sold out at the Red Bull Ring and it was reported that 300,000 fans attended over three days.

“These things should not happen. I read a lot of things, some quite shocking, and it’s unacceptable,” reigning world champion Max Verstappen said. Meanwhile, the German Sebastian Vettel assured that “Formula One fans who express themselves with racist, sexist or homophobic insults should be banned for life.”

Tags: world, Racism, formula
Formula 1 had its unthinkable and risky Groundhog Day in Canada
Alonso leaves another record for the history of Formula 1
The Sainz in ‘El Hormiguero’: Competitiveness, Formula 1 and an accident
FORMULA 1 1918