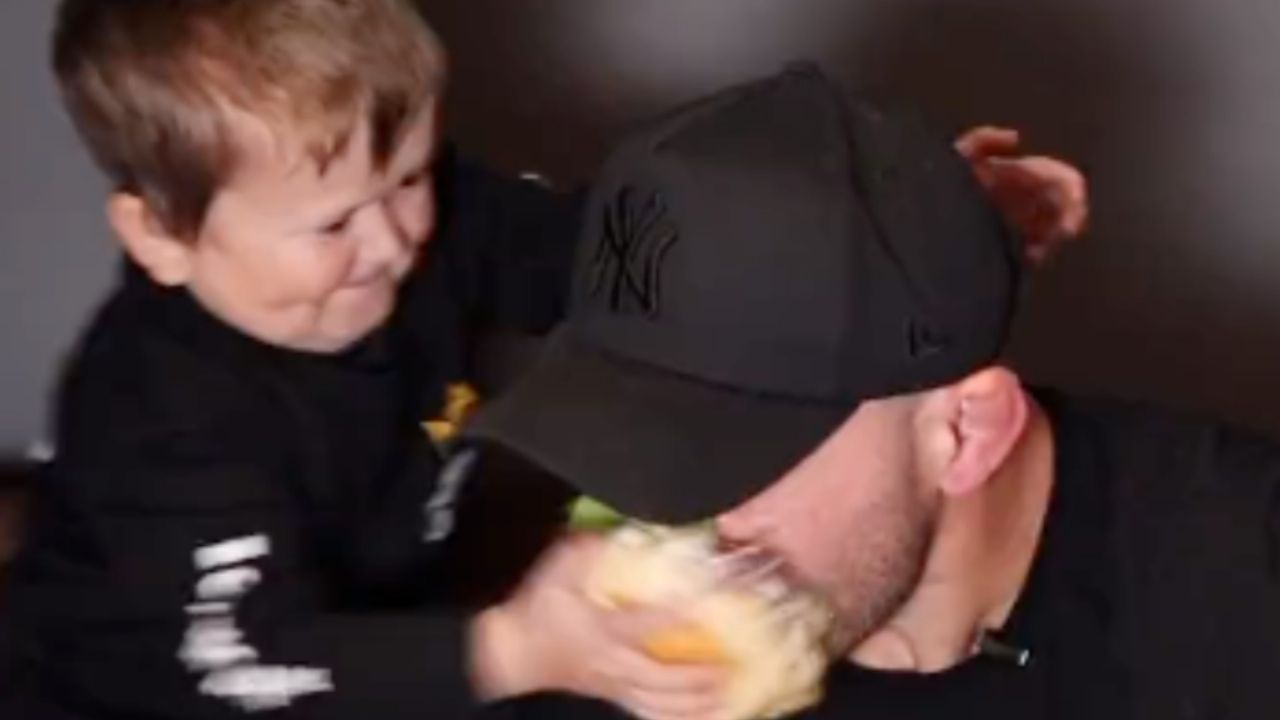 First he made fun of fighter Conor McGregorthen gave him a tremendous beating of the imposing Shaquille O’Neal and now the little Hasbulla Magomedov pissed off UFC fighter Alex Volkanovskiby smashing hamburger in his face.

The tremendous young Russian, and popular character on social networks, is still unleashed every time he rubs shoulders with famous people, this time went out to eat at a fast food restaurant with Alexander Volkanovski, Australian mixed martial arts fighter currently competing in the category of Featherweight at Ultimate Fighting Championshipwhere he is the current champion, and took the opportunity to play a prank by crushing a huge hamburger in the face. Poor Volkanovski was left with his face covered in mayonnaise, mustard and a little chilli.

At one point in the comical video, Volkanovski pleads with Hasbulla, between laughter and pain, to remove the chilli from his eyes, because it entered him and began to burn tremendously. The image on Twitter was shared by thousands of Hasbulla’s followers and accompanied by funny memes and comments at the moment of chaos caused by the young Russian.

Alex Volkanovski was stained with chilli and mayonnaise.

YOU MAY BE INTERESTED: Hasbulla beats Shaquille O’Neal tremendously, regardless of their almost 2 meter difference | VIDEO

Who is Hasbullah Magomedov?

Hasbullah Magomedov is the name of an 18-year-old Russian boy who was born in the city of Makhachkala, the capital of Dagestan, in Russia.and lives with a strange condition that makes him look like just a kid no more than five years oldfor which he has taken advantage of this condition to make various videos that he has published on social networks and has increased his popularity.

Hasbullah gained popularity on social networks because in his videos he has managed to deceive many people by posing as a minor and on other occasions he has been seen performing actions typical of an adult, so seeing him box, drive and even hold a weapon have been a viral success. Hasbullah Magomedov was born with achondroplasiawhich is a common form of dwarfism and is caused by an alteration in the chromosomes, so its appearance is that of a minor.