“He has qualities that few extremes have; he discovered the best country for his football “ 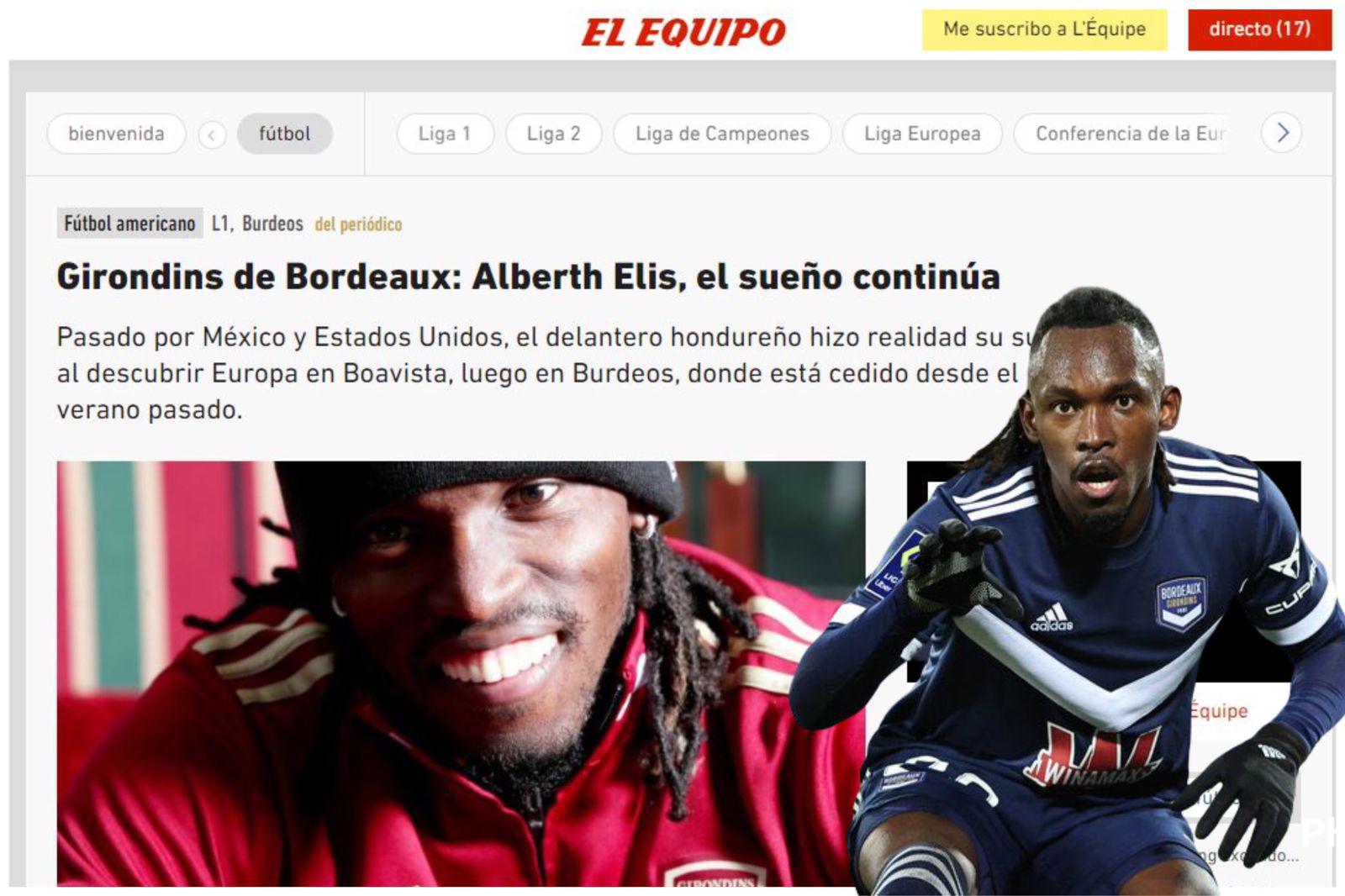 Honduran footballer Alberth Elis is accentuating outstanding performances in his new adventure at FC Girondins de Bordeaux in Ligue 1 that has seen him grab the front pages of the most important media in France.

His five goals in seven games as a starter show himself a high rebound starting his second year in European football since his arrival at Boavista in Portugal. Read article in France about Alberth Elis

In an article published by “lequipe”, they highlight the 25-year-old catracho with the headline “Alberth Elis, the dream continues”, they also speak of his comparison as the successor of David Suazo, also nicknamed ‘La Pantera’.

“La“ panterita ”(little panther) has grown up well. Nicknamed that when he started out in Honduras, Alberth Elis now wants to be called the “panther”, like his compatriot David Suazo, the original panther, with whom he was compared very early. It is to pay tribute to the former striker from Cagliari (1999-2007), Inter (2007-2011), Genoa (2010) and Catania (2011-2012) that he decided to celebrate his goals by imitating this animal. This was the case again last Sunday against Lyon (2-2), one night in which he scored his fifth goal of the season, ”they wrote in the publication.

“He had already integrated very well in Portugal (in Boavista, last year) but here it is even better,” said Girondins technical director Admar Lopes. It possesses qualities that few extremes have. He’s fast, but he’s also very aggressive in the area and has a very good timing. I think he discovered the best country for his football, “said Admar Lopes during his speech.

It may interest you: Girondins willing to buy Alberth Elis’s token for 7 million euros

Lopes ‘words translate from Alberth Elis’ dream of crossing the sea and shining in European football after his debut with Olimpia, he spent escapes at Monterrey in Mexico and later arrived at the Houston Dynamo as a figure.