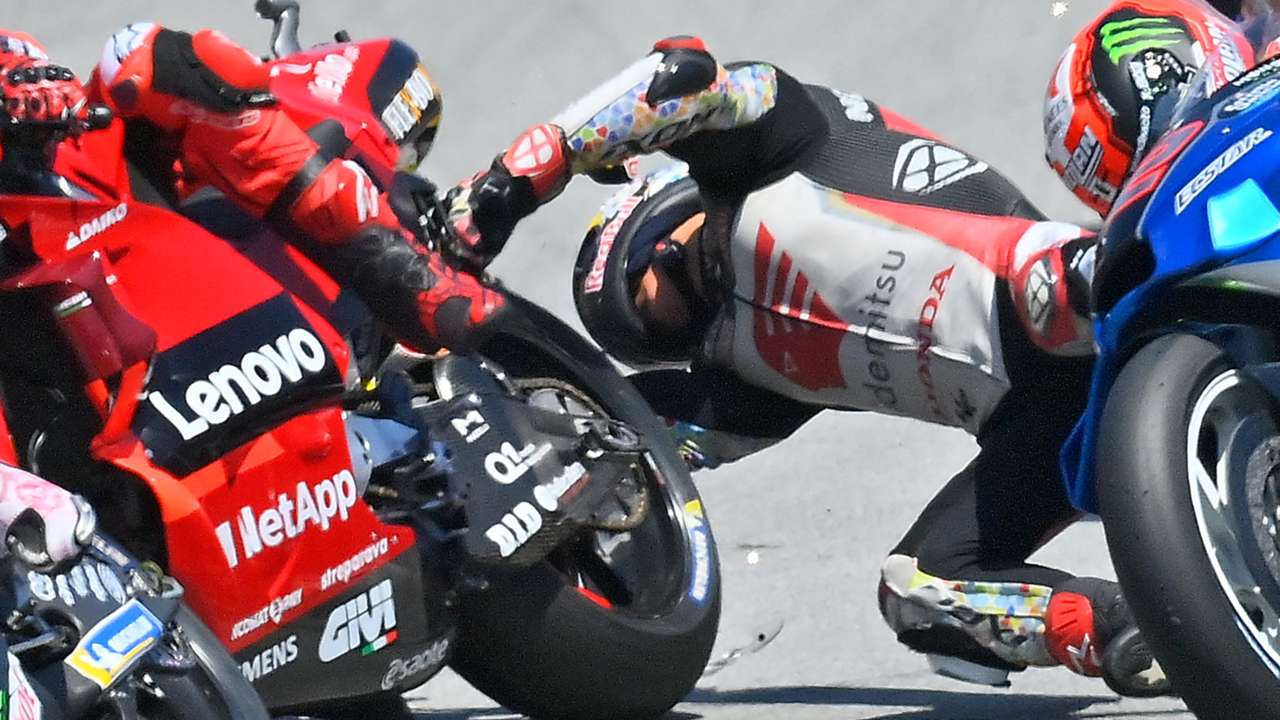 From various sectors of the paddock of the MotoGP World Championship there were claims for the tranquility with which the Race Direction it was handled The accident that starred the Japanese Takaaki Nakagami was shocking and could have had greater consequences at the start of the Catalan MotoGP GP.

As can be seen, Takaaki Nakagami couldn’t stop the Honda in the first corner of the Grand Prix and fell in the middle of the peloton. He went straight to the rear wheel of Francesco Bagnaia’s Ducati, hitting directly with ‘the face’. There the visor of the helmet that protects him came off and he was exposed while the uncontrolled motorcycle hit Alex Rins’s Suzuki. The Spaniard, who did not expect such an impact, ended up flying several meters and landing on his back on the asphalt. After several tests Nakagami was diagnosed with a facial contusion but, in sports, the claims came…

The situation of falling in the middle of a peloton is one of the most dangerous in motorcycling. The risk of being run over increases and this sets off the alarms in all the teams. The anger with the Race Direction came even from the Japanese team itself, which expected to be sanctioned with your pilot.

«With the arrival of (Freddie) Spencer I thought it was easier to have a more professional panel of referees, and instead we see that no, that in many cases there are different measuring sticks. If Taka had been sanctioned, we would have accepted it“, he claimed Lucio Cecchinellothe team manager.

Race Direction announced that the action would not entail any penalty for the Japanese Honda rider. 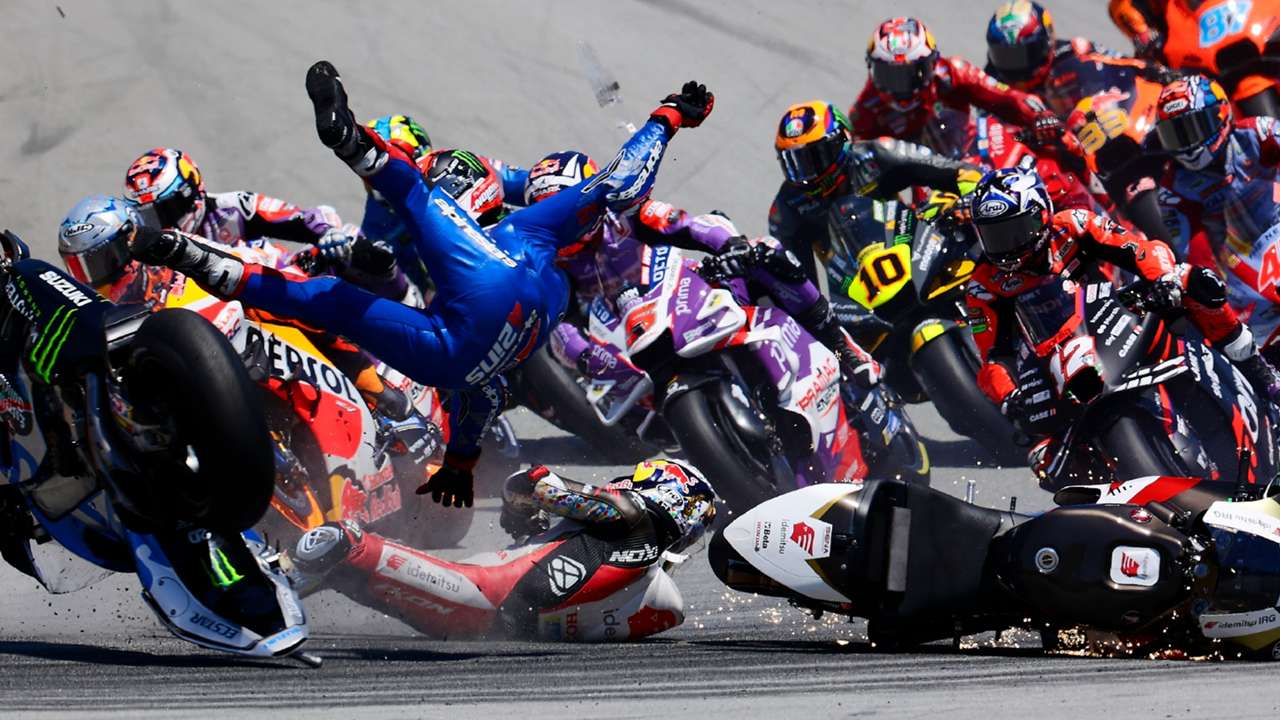 «In a World Cup it is expected that the judges have a little more level. You don’t even need to look at the crash data to realize that Nakagami made a mistake when braking. He has been in MotoGP for a long time, and seeing his history, if when he has ridden in front he has never finished a race, it may be time to make him understand that it’s not going well out thereBagnaia noted. The Italian was injured and, with this fall, he lost a great opportunity to get into the fight for the title.

«If someone throws two riders in Moto3, it is clear that they receive a sanction. In theory, in MotoGP we have to set an example for young peoplebut the penalties are much less severe in our category«, said Maverick Viñales, from Aprilia. «In Race Direction they have to be more objective, not only apply [la penalización] to some pilots, and to others, no«, pointed out Jorge Martín, after adding his second podium of the year. «I was penalized for an absurd thing in Mugello and today they did not want to take action on the matter about a fall that could have ended very badly«, contributed the Madrilenian.

Loading...
Newer Post
F1 2022: Helmut Marko accepts that he had a talk with Pierre Gasly before renewing Checo Prez
Older Post
A boxer became disoriented in the middle of a fight, began to throw punches into the air and had to be hospitalized