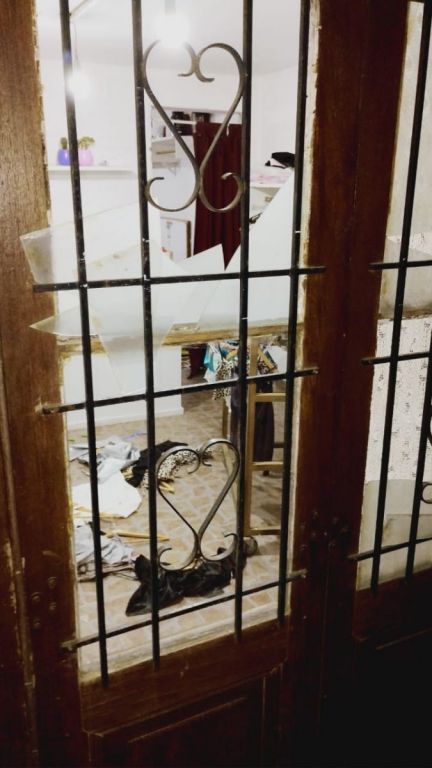 A subject who practices boxing and martial arts wreaked havoc in Viedma and then continued in Carmen de Patagones, for which he has two police rep

A subject who practices boxing and martial arts wreaked havoc in Viedma and then continued in Carmen de Patagones, for which he has two police reports on both sides of the river.

After 2 am on Sunday, he headed aboard a green Ford Falcon towards Costanera and Boulevard Ayacucho, where his brother and the latter’s ex-partner were. There he became violent and beat his direct relative, who had to be treated at the local hospital.

The man expert in fists was not satisfied and went to look for him at his former home on San Luis Street at 200 Carmen de Patagones.

At 3:15 that same night, the mother of the girl who was going out with her brother, 46, was watching a movie, when she suddenly heard a loud explosion and went out onto the sidewalk. At that moment, she was able to see a man of 1.85 meters, with a robust build, who was wearing jeans with a black shirt and was driving in the Falcon. She immediately recognized who he was: her daughter’s ex-brother-in-law.

The subject broke the glass of the entrance door, entered and destroyed everything he found inside. Next, he asked about his brother and warned that when he went to his house he was going to “shoot him three times.”

The Justice ordered that the alleged aggressor cease his intimidating actions, the prohibition of approaching the aggressor to the place of residence, work, study, recreation or usual places of the attacked person and legal, medical and psychological assistance through the competent organisms.

Along with the formal letter at the Communal Station, another complaint was filed at the Viedma Family police station, for the previous case on the waterfront and Boulevard Ayacucho.

From UFC to boxing? Holly Holm’s sayings that surprised
The best of provincial boxing is lived in Municipal 3
The legendary Barcelona boxing temple Gran Price is reborn 50 years later
BOXING 4156